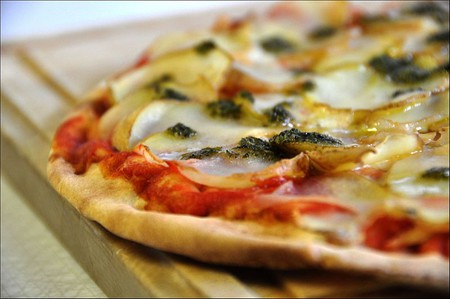 We live in an age of innovative food phenomena, from the ‘cronut’ to the ramen burger and rainbow bagels. Yet despite all of these new-age culinary fads, there remains one food that has stood the test of time as the Big Apple’s true gastronomic emblem. New York pizza. We take a closer look at the rich cultural and culinary history of this iconic New York City food.

Sure, New York can’t take credit for the invention of pizza itself. That proud title is highly disputed, as both the ancient Greeks and the Egyptians independently created their own form of flatbread covered in oils and herbs. The traditional cheese pizza that we recognize today began to take shape in Naples in the 16th and 17th centuries, and by the mid-1800s, pizzerias began sprouting up all over central and southern Italy. 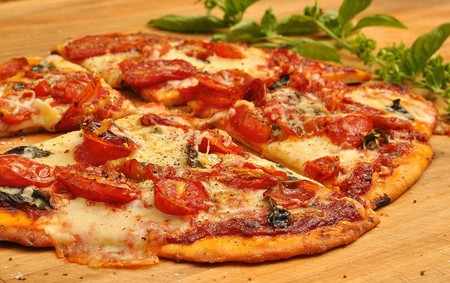 The first American pizzeria made its triumphant debut at the onset of the 20th century, when Italian immigrant Gennaro Lombardi and his employee Antonio Totonno Pero began selling pizzas in their small grocery store in Little Italy. Their creations were so popular that the duo had no choice but to open a separate pizzeria in 1905. Nowadays, Lombardi’s continues serving its Neapolitan slices just down the block from its original location on Spring Street, and is widely considered to be one of the best pizzerias in the five boroughs. Nonetheless, this historical restaurant is not without its fair share of competition, as Grimaldi’s Pizzeria in Brooklyn and John’s of Bleeker Street are frequently cited as its main challengers. 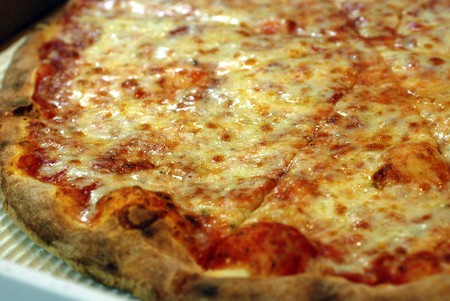 So what sets New York pizza apart from the rest of the pack? Enthusiasts point to two key features. Although it’s not scientifically proven, its been long-rumored that the secret to the texture and flavor of the crust is simply the minerals in New York water. As a result, replicating its consistency has proven almost impossible, with chefs nationwide even resorting to shipping truckloads of New York water to their own establishments in an attempt to recreate its hand-tossed, high-gluten tastiness. More importantly, in New York we like to do things big, and our pizza is no different. Our large pies, often clocking in at 18 inches in diameter, lend themselves perfectly to being sold by the slice, folded in half, drained of excess grease, and eaten on the go. As such, approaching a New York slice with a knife and fork is practically sacrilegious, and will make even the most experienced tourists stick out like a sore thumb. 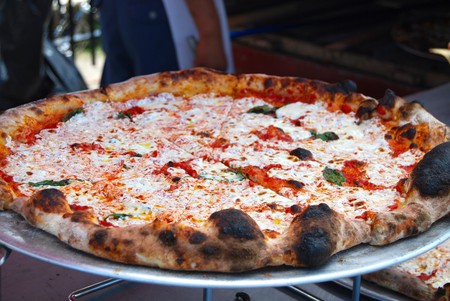 In the 110 years since its inception, New York pizza has become one of the most iconic foods in our city’s history, rivaled only by our bagels, cheesecake and ‘dirty water dogs.’ New York pizza is beloved by all, and has even become a favorite of the rodents that call our subway system home. It has inspired competitions with other regional pizzas, like Chicago’s deep dish pizza, which comedian Jon Stewart once brilliantly equated to ‘tomato soup in a bread bowl.’ It has birthed bizarre economic theories like the Pizza Principle, which proposes with uncanny accuracy that at any given moment, the average price of one slice of pizza will match the price of one subway ride. It is the perfect option for a first date, a family outing, and everything in between. But most importantly, it serves as a metaphor for New York itself, proving that it can be a messy, and at times, a bit cheesy, but no matter what, it will always be love at first bite.