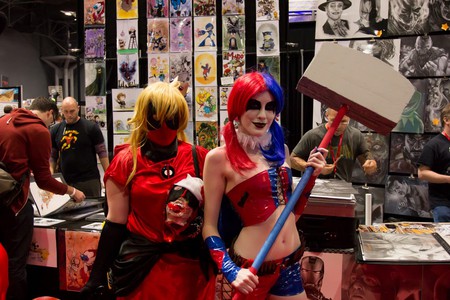 San Diego’s Comic Con may be the most famous of all the comic book conventions, but its East Coast competitor in New York continues to grow.

Every year thousands of fans descend on the Jacob Javits Center in Manhattan for New York Comic Con but the show, which began in 2006, had chaotic beginnings. The first show was plagued with problems, mostly because the organizers never imagined it would be so popular.

“Roger Bilheimer, a spokesman for the Comic-Con, said organizers expected only 15,000 fans to show up over three days and were caught off guard by yesterday’s mob scene,” the New York Daily News wrote after the first day of the event.

The organizer, a company called Reed Exhibitions, only had experience of putting on business events, and failed to book the correct amount of space needed to accommodate the legion of geeks, nerds, and other fans that wanted to get in on the fun. According to a Newsarama post at the time, one unofficial estimate suggested 20,000 showed up to the Javits Center to get into the show, but the show hall that was booked could only hold 10,000 people.

The organizers were only expecting 20,000 people to attend over the entire weekend. As a result, star names like filmmaker, comic book writer, and all-round uber-geek Kevin Smith, and comic book legend Frank Miller were unable to enter the main hall.

Though there were continued teething problems in the early years, the event grew dramatically. In 2010 the convention was moved to an October date, and has been held in that month since. A year later it was expanded to four days and attracted 130,000 fans, putting it on par with San Diego’s Comic Con in terms of size. The same year an esports section was also added to the calendar of events. 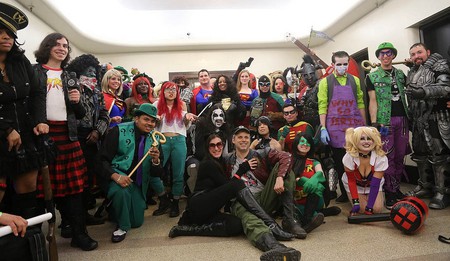 Nearly 200,000 fans attended in 2016, and the event is expected to be as big, if not bigger, this year. Some of New York Comic Con’s regular highlights include celebrity-filled panels, and chances to buy video game, movie, and comic book merchandise. One of the most popular sections of the show is ‘Artist Alley’, where fans can meet hundreds of professional artists who sell original pieces, sign collectibles, and sketch out new drawings.