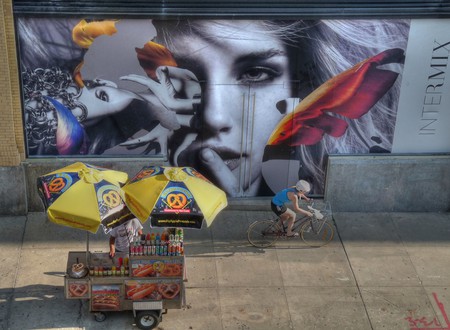 As a food capital of the world, New York City has plenty to offer out-of-town eaters. While the city can cater to adventurous appetites at times, some local foods make dining dangerous—or at best, dreadfully dull. From “dirty water dogs” to B-graded grub, here are nine things tourists should never eat in New York City. 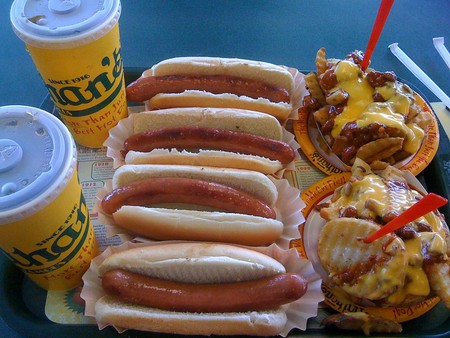 Consider the colloquial name for this local dish a warning in itself. “Dirty water dogs,” or street cart hot dogs, are dogs boiled in hot water, which is rarely changed or not at all throughout the day, hence the nickname. As ubiquitous as they are unhygienic, these sidewalk snacks should be dodged come dinnertime. When you have a hankering for a hot dog, join like-minded locals at the city’s best dog destinations. 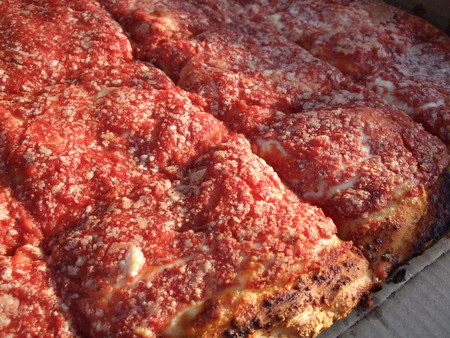 With a majority of local restaurants serving their own take on New York’s favorite food, tourists often fall prey to unreasonably priced pizza. Some of the city’s best slices can be secured for a low sum, such as the $1.75 coal oven slice at Patsy’s Pizzeria, L & B Spumoni Gardens’ $2.75 Sicilian square, or the $4.50 pepperoni piece (widely regarded as the best in the city) at Prince Street Pizza.

Anything from a B- or C-graded restaurant

In order to help you eat with ease, New York City’s nifty restaurant grading system evaluates eateries based on their adherence to the city’s health code. For your own safety, you’ll want to avoid any B- or C-graded restaurants, which have earned their lower grades because of issues such as unsanitary equipment and utensils and even evidence of mice in the facility. Before risking a dangerous dining experience, find a restaurant’s grade online to take your pick from New York’s many A-graded eateries. 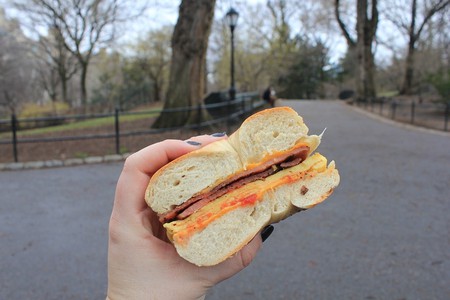 New York is a dinner destination always and a brunch town on weekends, but rarely is it a breakfast place. Take a cue from the locals, and save your money for dinner by partaking in the New Yorker’s favorite meal: on-the-go breakfast. For a true New York City experience, snag a bacon, egg, and cheese (or “BEC,” as it’s known colloquially) from your neighborhood bodega and a cup of coffee from the nearest breakfast cart. Bon appétit! 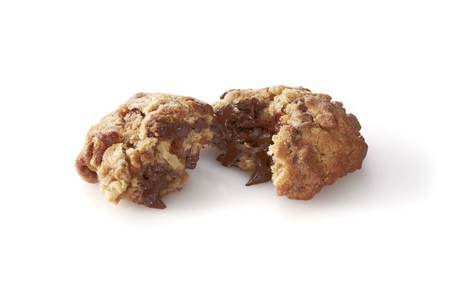 Yes, people are still standing hours in line for a Cronut, the Dominque Ansel dessert which debuted back in 2013. Don’t get us wrong—it’s a tasty snack, but no dessert is worth waiting hours in line for (we’re looking at you, Magnolia cupcakes). Junior’s, Levain, and DŌ are all alternatives offering famous dessert foods without the fuss.

Considering the wealth of independent restaurants and coffee shops in the city, why would you settle for something you can find at home? In the eyes (and stomachs) of New Yorkers, eating at chains such as Olive Garden and Starbucks is a criminal act of self-deprivation. Take advantage of your time in one of the world’s foodie capitals with the help of local-approved tools such as Yelp or recommendations from New York noshers.

Anything near Times Square 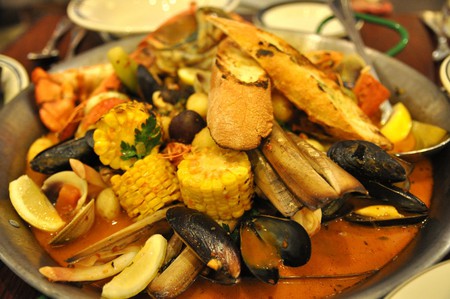 As you might expect, Times Square is home to chains, street carts, and grossly overpriced eats—not exactly the makings of a foodie destination. Come mealtime, make your way to a real food neighborhood, such as Flushing, Queens (the city’s other Chinatown), Manhattan’s East Village (where you’ll find trendy eateries galore), and Harlem (a haven for American soul food seekers). 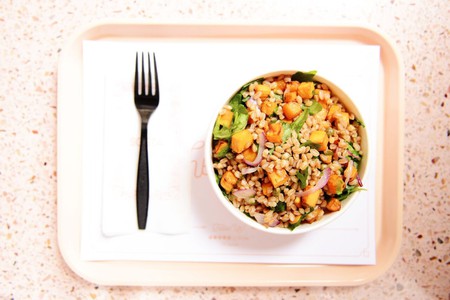 Courtesy of The Sosta

Grab-and-go grub is a diet mainstay in New York City, but in order to keep up with the locals’ on-the-go lifestyle, you’ll need fast food that won’t slow you down. Skip the familiar but fraught fast-food chains for spots specializing in what we’ll call fast fuel. Places such as The Sosta, making Italian cuisine accessible courtesy of one by Chloe co-founder, and The Halal Guys, the city’s reigning street cart royal, provide quick cuisine made with wholesome ingredients.

Unfortunately, this quintessential New York City food is almost never as good as you’d hope. The chances are that the soft pretzels you’ll find at street carts and on bar food menus across the city will be stale, bland, and not at all worth their salt. Satisfy your soft pretzel craving at Werkstatt in Flatbush, Brooklyn, home to Grub Street’s (and many Yelpers’) pick for the city’s tastiest pretzel.