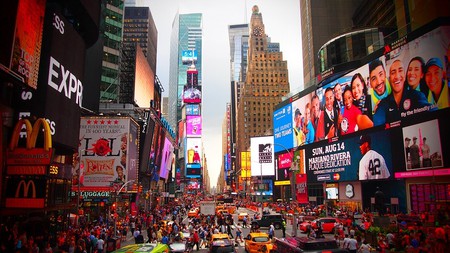 Next time you’re in New York, go beyond the guidebook to find the best local spots—and to forget the worst. With our guide to the top places you should avoid on any trip to the city, you’ll save everything from money to sanity to face in the eyes of locals. 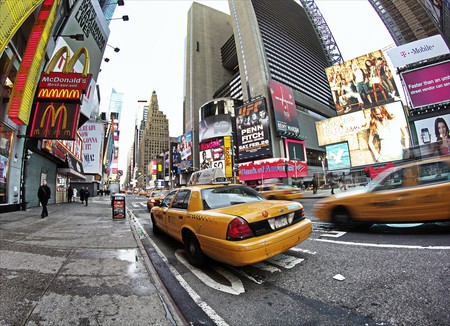 A world-famous icon of New York City, Times Square is a once-in-a-lifetime destination. With its tourist crowds, overpriced souvenirs, and hustling street performers, you’ll find one visit per lifetime to be more than enough. Save your money—and your sanity—by not giving this tourist trap the time of day. Tip: If you’re bent on braving the Square’s chaos, plan an early weekday visit to avoid crowds. 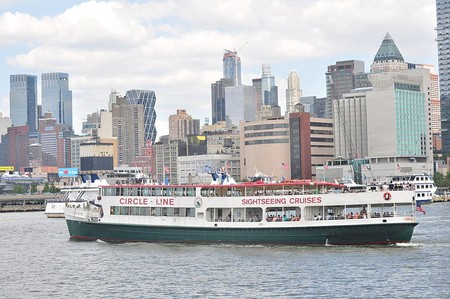 Taking in a view of New York’s impressive skyline is an absolute must on any trip to the city. And it shouldn’t cost you upwards of $30. Before shelling out a significant sum for a Circle Line tour, consider climbing aboard the Staten Island Ferry, a New York institution providing free 25-minute trips and stunning views of the Statue of Liberty, Manhattan skyline, Ellis Island, and more. 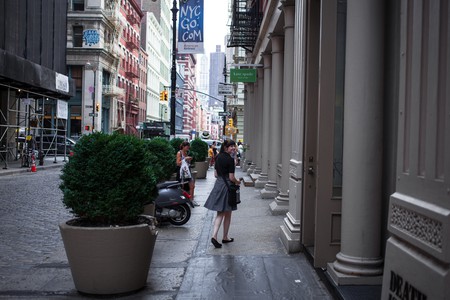 Shoppers from across the globe flock to Manhattan’s SoHo, an area lauded as the city’s shopping mecca. However, if you’re after more than mainstream chains, the neighborhood may not be for you. Visitors seeking a shopping experience exclusive to New York City would do well to skip SoHo in favor of Williamsburg, Greenwich Village, and the Lower East Side.

Travel in comfort knowing that New York’s crime rate is relatively low, with the Big Apple even being considered the safest large city in the United States. However, in every city, there are areas you’ll want to avoid for safety reasons. While it’s great to go beyond basic guidebook recommendations when visiting New York, do your research ahead of time on the lesser-known neighborhoods you’re considering exploring. As a general rule, you should always be alert to your surroundings, remain in well-lit areas, and when in doubt about a neighborhood, ask a local’s opinion—they’ll happily give it. 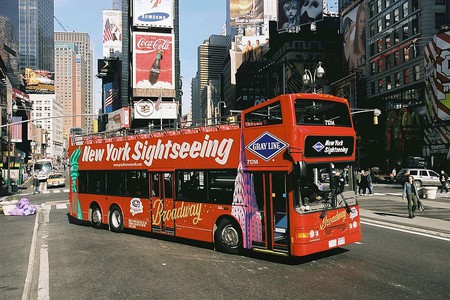 You can’t go long in New York City before seeing these ginormous red tour buses cruising around Midtown. While these tours will expose you to the city’s most famous sights, you’ll end up paying a large sum for little information on and face time with the sights you seek. Better alternatives to bus tours of the Big Apple include themed walking tours and self-led explorations either on foot or aboard Citi Bike. 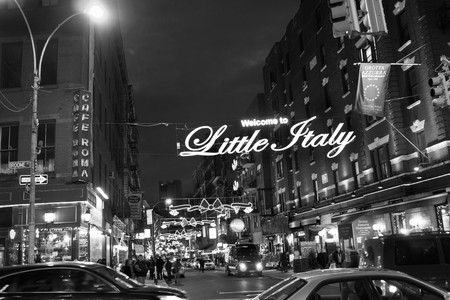 Unfortunately for foodies and Italy enthusiasts, the Little Italy of days gone by has said “arrivederci.” Today, you’re more likely to find rubbery pizza and overpriced cannolis in the area than authentic Italian culture. Tourists after a taste of Italia would do better to head to New York’s other Little Italy, located on the Bronx’s Arthur Avenue.

Top of the Empire State Building

At the iconic Empire State Building, you’ll see sky-high prices, long lines, and, eventually, city views. When seeking sights in New York, save yourself the hassle (and a few bucks) by turning to under-the-radar sources, such as the city’s many rooftop bars. Here, you’ll pair stunning city views with a delicious drink, all for less than you’d pay at the top of the Empire State Building. 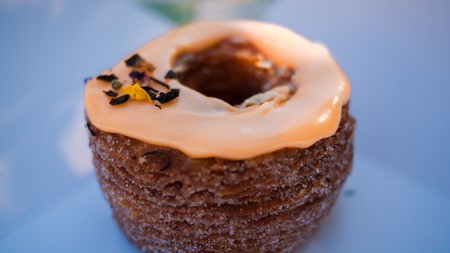 From Magnolia Bakery to Serendipity to Dominque Ansel Bakery, there’s no shortage of overrated dessert spots in the city, where tourist crowds and high costs aren’t likely to leave a sweet taste in your mouth. Satisfy your sweet tooth at the places locals love, such as Levain Bakery (home to the best cookies in New York) and Morgenstern’s Finest Ice Cream, the city’s coolest ice cream parlor. 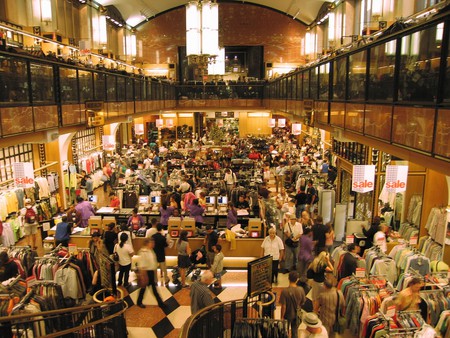 In large department stores, such as Century 21 or the higher-end Bloomingdale’s, you’re more likely to find chaotic crowds and mainstream styles than great deals. To truly take advantage of New York City’s shopping scene, shop small (and unique!) at independent boutiques or score discounted designer items at one of the city’s many sample sales.