To celebrate the 40th anniversary of seminal sports movie Rocky, Culture Trip steps in the ring and goes a few rounds with the nine greatest boxing films ever made. Do you agree with the choices in our list below?

December 2nd marks 40 years since the New York premiere of Rocky. The Oscar-winning film not only smashed box-office records, it also established Sylvester Stallone as an A-list talent. The genre itself has repeatedly been reinvented since the early days of cinema with the squared-circle proving fertile ground for grand stories played out on canvas.

Without further delay, here are our picks of the best. 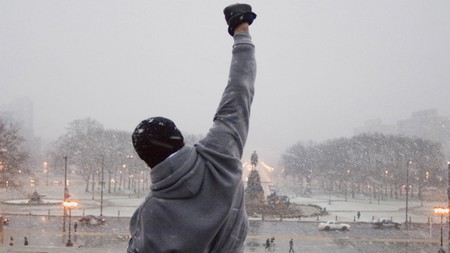 It might be easy to dismiss now, but at the time of release this superb tale of a down-on-his-luck Philadelphian Italian-American who upset the odds was a genuine game changer. Sylvester Stallone (Rambo: First Blood) had appeared in a number of smaller roles and questionable independent films, so decided to write himself a place in the history books by working for three straight days on the script for this boxing movie. The film went on to win three Oscars, Stallone nabbing nominations for Best Writer and Best Actor along the way. 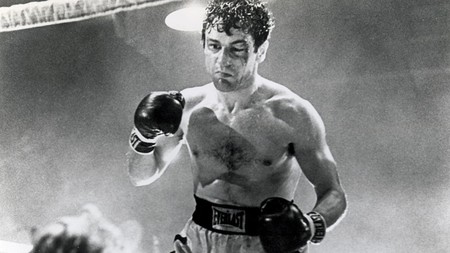 The ‘hero’ of Martin Scorsese’s uncompromising movie is a lowlife who just happens to have proverbial hands of stone. Robert De Niro (The Godfather: Part II) went full method by yo-yoing in weight to portray Jake LaMotta at both his physical peak and subsequent post-boxing decline. Shot in stark black and white, the in-ring action put the audience closer to the action than had previously been seen. 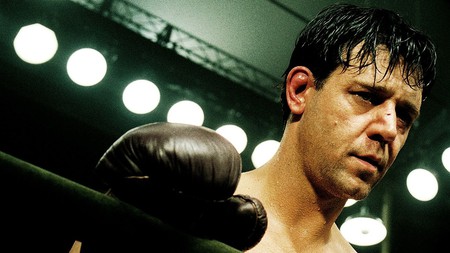 Underrated, partly due to the reputation of volatile leading man Russell Crowe (Gladiator), Ron Howard’s Depression-era biopic is surprisingly dark and uncompromising. James Braddock was a heavyweight champion before the crumbling economy, and a series of injuries, forced his family into a life of poverty. Working as a labourer, Braddock somehow lands a return match and with the help of his manager (Paul Giamatti) launches an unforgettable comeback. This is arguably Crowe’s most accomplished performance to date. 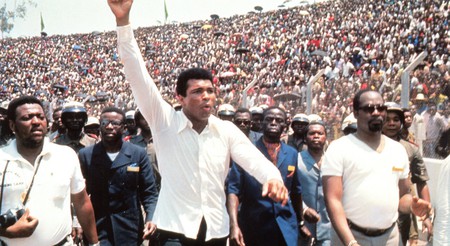 When We Were Kings | © Gramercy Pictures

This documentary is all about one fight, without actually being about the fight at all. The pageantry before the ‘Rumble In The Jungle’ is light-hearted, although the threat of likeable loudmouth Muhammad Ali being seriously injured by the much younger, much stronger champion George Foreman lingers over the shenanigans around the two men. If you need reminding just how great ‘The Greatest’ actually was, look no further. Ali at his pompous best is an unforgettable sight. 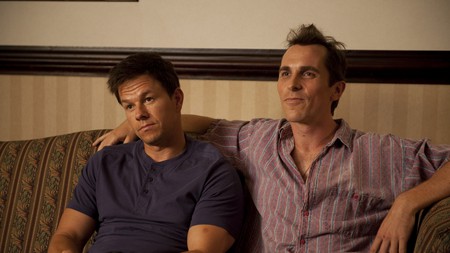 Mark Wahlberg and Christian Bale in The Fighter | © Momentum Pictures

The story of two brothers, bonded by blood but divided by crippling addiction, showcases the acting talents of two of the biggest names in Hollywood. Mark Wahlberg (Transformers: Age Of Extinction) stars as Micky Ward, a promising fighter who has to not only do battle in the ring but also square up to his drug addict older half brother Dicky (Christian Bale, fresh off the success of The Dark Knight) and overbearing mother (Melissa Leo). David O’Russell excellently crafts a film that gets under the skin of family feuds and the mentality of prise-fighters with Leo and Bale getting Best Supporting Oscars for their troubles. 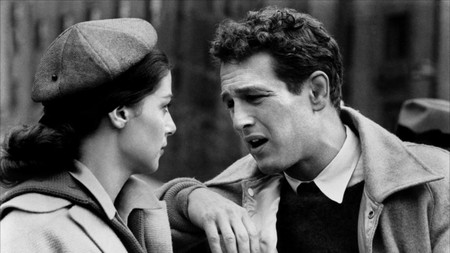 Somebody Up There Likes Me | © MGM

It’s somewhat irritating to see the impossibly attractive Paul Newman (Cool Hand Luke) get even better looking over the course of this biopic of Middleweight Rocky Graziano. Having been dishonourably discharged from the army and spent time in prison, Graziano went on to win a world title despite pressure from a blackmailer to throw the fight. Newman takes centre stage and dominates proceedings with a powerhouse performance that was a precursor to many that followed in his footsteps. None made it look so good. 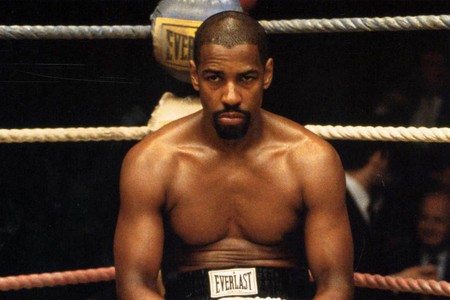 Cited as the last film release of the 20th century, Denzel Washington (Training Day) stars as Rubin ‘Hurricane’ Carter, the middleweight fighter who was tipped by many to be a future great. When Carter and a friend were stopped on the way home from a club they were identified as suspects to a triple murder, which had taken place at a bar. Even though the witness later recanted his claim, Carter spent a total of 20 years in prison. In 1985 his conviction was quashed, with his race being noted as a significant factor in the investigation that led to his incarceration. 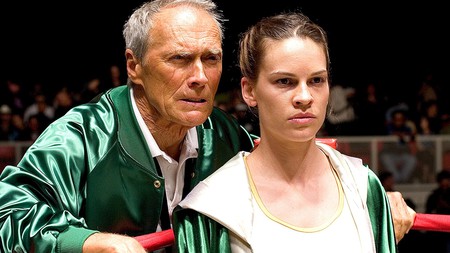 Once again proving that The Academy LOVES boxing movies, Clint Eastwood’s Million Dollar Baby starts off like most films in the genre but takes an unexpected turn in the second half. Hilary Swank had previously won an Oscar for Boys Don’t Cry but was still seen as an outsider when she picked up another statuette for her performance as tough Maggie Fitzgerald. Eastwood and Swank make for a compelling duo onscreen with the former forced to make an impossible decision when tragedy strikes. 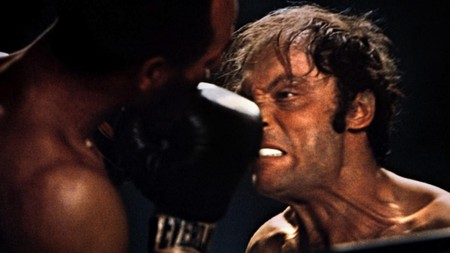 As comebacks go, Fat City is the undisputed champ. As well as featuring an ageing fighter trying to turn his life around and get back in the ring, the film marked the triumphant return of director John Huston (The Maltese Falcon) who was in a career slump of his own. The glamour of boxing is stripped away leaving the broken remains of the men who put it all on the line for relatively small returns.