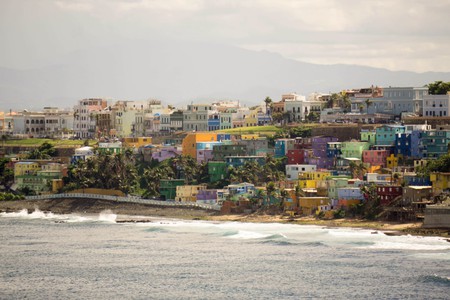 As the brutality of East Coast winters set in, New Yorkers have the option to jet away to warm-weather locations at surprisingly affordable prices. Nearly every airline flies to and from New York City’s three major airports, so why not splurge on a long weekend away? Culture Trip profiles eight places where you can soak up the sun for a holiday that won’t break the bank.

San Diego is arguably the crown jewel of Southern California. Home to pristine beaches, great surf, scuba diving, beautiful desert hikes, and warm temperatures year round, it’s an indisputable must-visit. Stay at the iconic Hotel del Coronado (the hotel in Some Like It Hot (1959)), visit the historic Mission Basilica San Diego de Alcalá, and indulge in fish tacos. You don’t have to stay at “the Del” to experience it—enjoy Sunday brunch or rent a chair by the ocean. The city shares a border with Mexico, so the Baja California cuisine is superb. There are numerous taco stands throughout the city, and Ocean Beach and Old Town offer some of the best sit-down restaurants for Mexican food. 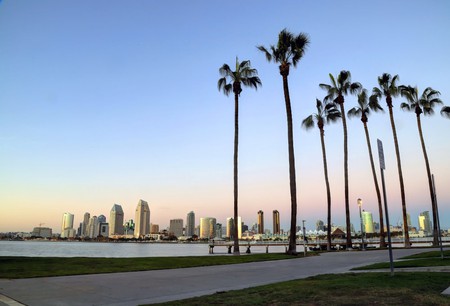 For Americans, the fact that you can visit Puerto Rico without a passport is a huge selling point. Puerto Rico has beautiful beaches, historic colonial sites, and—for those who can’t entirely escape the stern grip of work—U.S. cell phone coverage. Visit Old San Juan, the oldest settlement on the island, where you can take in the historic forts and stunning scenery, while indulging in your share of sopa de pescado (fish soup). 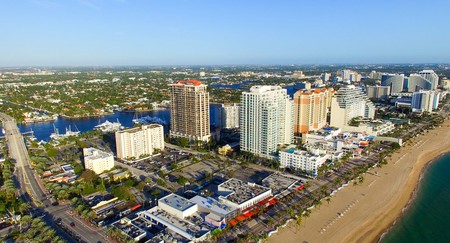 The U.S. Virgin Islands consist of the main islands of St. Croix, St. John, and St. Thomas, as well as minor outlying islands. A popular honeymoon destination, the islands have numerous all-inclusive resorts and dive destinations. There are even hiking trails for the day you get tired of sipping local rum on the beach. Virgin Islands National Park on St. John is a must-see, where you can hike in paradise and learn about the colorful history of the islands. 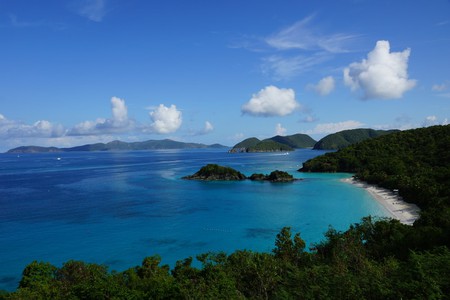 Part of the Commonwealth of Nations (formerly known as the British Commonwealth), this island chain south of the Florida Keys boasts phenomenal diving, pristine beaches, and a rich, important history. The majority of the local residents are descended from freed slaves in the triangular trade—including those who escaped from the United States and were freed when Britain abolished the trade, from slaves ships that sought Nassau as a port in a storm. Visit the main island of Andros for your fair share of shipwrecks, ruins, and crab catching. Try the conch from a seaside shack—it’s the Bahamanian national dish. 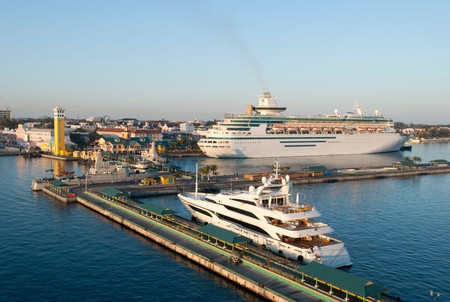 A small island off the coast of Cuba, Grand Cayman is one of the world’s foremost ecotourism spots, and one of the best places to learn or master scuba diving. Check out the National Trust for the Cayman Islands to visit a site dedicated to preserving the history and biodiversity of the Cayman Islands. The National Trust offers tours of both historical ruins and walking trails. 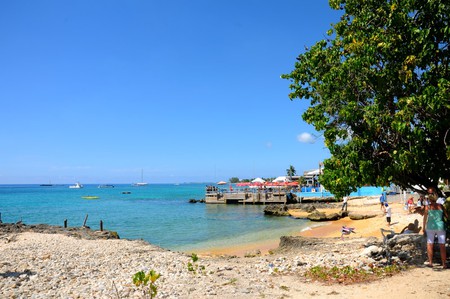 Travel south of the border for azure water, white-sand beaches, sprawling luxurious resorts, vibrant nightlife, and fascinating historical sites. Because of the nightlife, Cancún is a popular spring break destination (especially for under-aged teenagers), so avoid it in April. Climb Chichén Itzá, an ancient Mayan pyramid and UNESCO World Heritage Site; dine on papadzules (corn tortillas soaked in pumpkin seed sauce, stuffed with eggs, and covered in a chili-tomato sauce); and relax on pristine beaches. 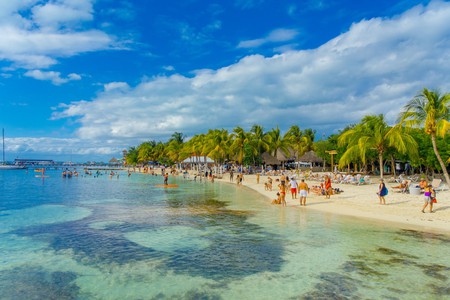 Curaçao is one of the few Caribbean islands where neither English nor Spanish are the primary language—rather, it’s a Dutch constituent country. However, English is widely spoken. Like its Caribbean neighbors, resort life and water sports are the linchpins of tourism. Take a hike in Christoffel National Park and soak up the beauty of this island. Don’t forget to try the local ayaka (tamales wrapped in plantain leaves).