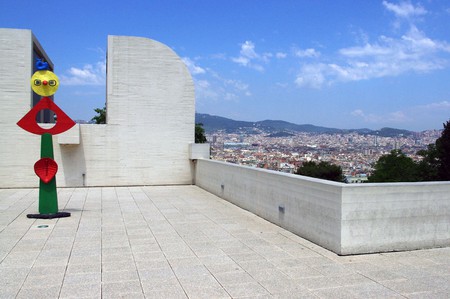 At the Fundació Miró | © Susan Fitzgerald/Flickr

One of the greatest artists to ever emerge from the Catalan capital, Joan Miró is famous for his colourful paintings and drawings which reveal a naïve, child-like imagination. His sculptures are equally as fascinating and share the same tendency towards surrealism. Here are eight of the greatest Miró sculptures you can see around the world today.

This large bronze statue was first designed by Joan Miró in the 1940s but cast in its final version, after having been enlarged somewhat, in 1966. At this time Miró had become fascinated with cosmic themes and the relationship betwee the earth and sky. Birds had also become a recurring theme in his work, no doubt perceived as a connection between the celestial and terrestrial. Today a version of the statue can be found in the Jardines de Sabatini in Madrid, as well as by the Smithsonian Institute in Washington DC. 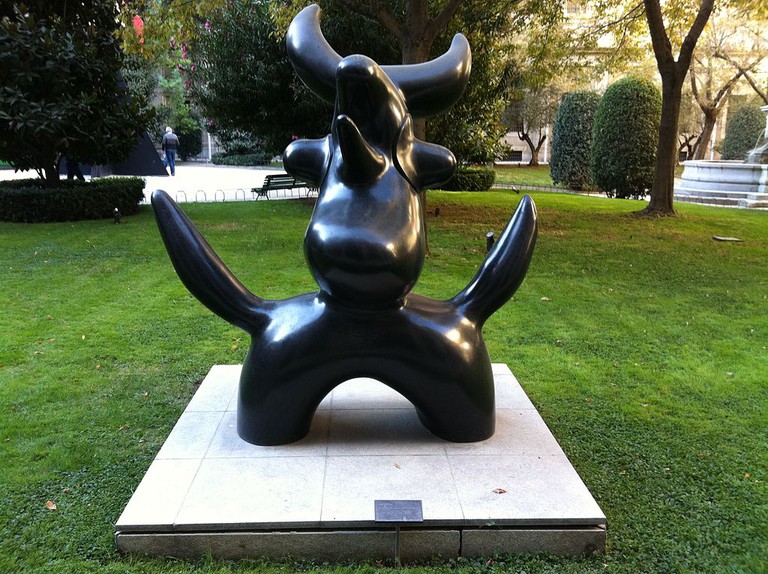 Part of a trilogy of commissioned artworks designed to welcome visitors to Barcelona, ‘Woman and Bird’ is located in the Parc de Joan Miró near the Plaça d’Espanya – a common entry point to the city for visitors arriving by car. Miró himself was unable to attend the opening ceremony as he was ill at the time, eventually dying just a year later. His friend and collaborator Joan Gardy Artigas was charged with doing the tile-work on the statue, bringing it to life with vivid colour. Along with birds, women were another recurring theme in Miró’s work and here – despite the clearly phallic shape of the 22m high statue – the vertical black tear is symbolic of the female form. 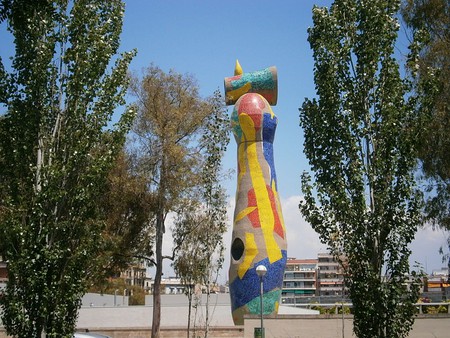 This medium-sized bronze statue was designed as part of a project to create a public monument for the city of Barcelona and can today be found on the rooftop of the Fundació Joan Miró in Barcelona. The original cast dates back to 1963, although this version was created in 1968. A few years later the Brunswick foundation in Chicago commissioned a large-scale version of the sculpture for the Brunswick plaza, which has since become known as Miró’s Chicago. 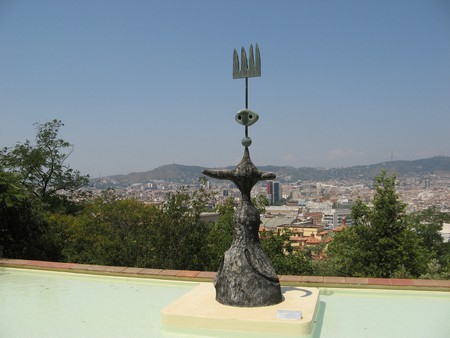 Another large-scale, monumental sculpture by the artist Miró, Deux Personnages Fantastiques stands outside the modern buildings of the La Défense business district in Paris. These two bright figures stand out in stark contrast to the metal and glass buildings around them, not just for their colour but also the organic feel of their form. They appear to be playful and interactive, evocative of a freedom, simplicity and sensuality which stands opposed to the environment in which they find themselves. 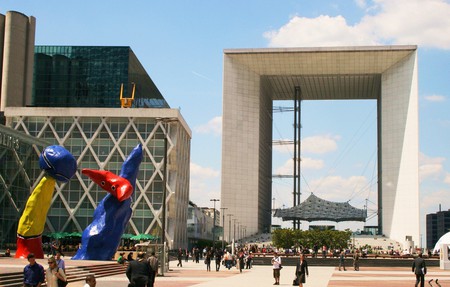 A counterpart to the aforementioned Lunar Bird, the marble statue entitled Solar Bird has been adopted by a number of famous institutions across the world including the San Diego Museum of Art, the Art Institute of Chicago and MoMA in NYC. Again, Miró’s fascination with birds and their privileged status halfway between earth and sky is clear in this work. While the whiteness of the marble gives a sense of lightness and purity, the weight of the stone has a grounding force which stands in contrast with the image of a small bird. 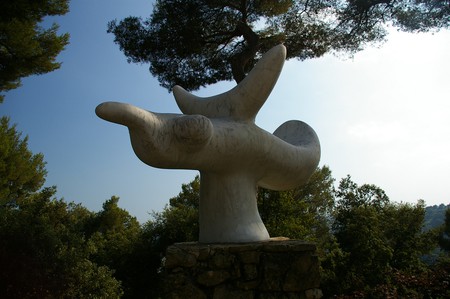 One of the Miró’s later works, Personnage is a bronze figure and easily one of Miró’s most recognisable characters. Its large rounded head sits upon a human-like figure complete with arms, legs and – as is typical in Miró’s work – clearly marked genitals. Here we see an attempt by Miró to represent the human figure in its essence, in its worldly appearance and most basic function. 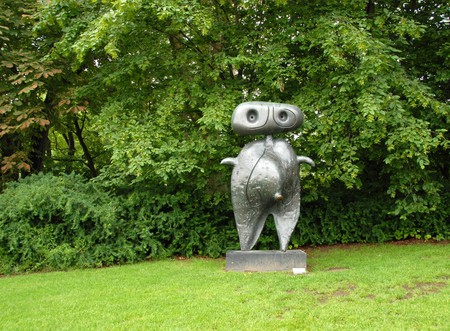 In this work, Miró explores a specific aspect of the female condition, namely maternity and the creation of life. The large bronze figure appears with a round opening in its centre – evocative of both the female genitals and the womb – while to the side of it appear two breast-like shapes. The sculpture can today be found on the campus of Wichita State University in the USA. 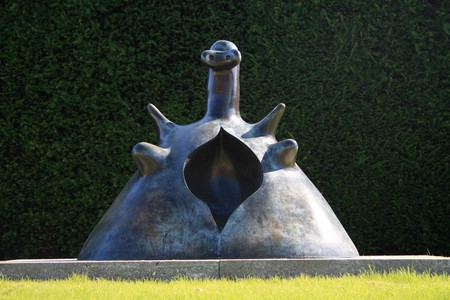