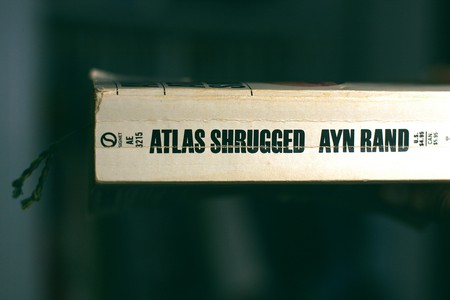 New York City has long been the inspiration for novelists to set their stories. Many of these novels reflect the tribulations and anxieties of the times, even if set in another era. It should come as no surprise that a number of these novels were adapted into films which are classics in and of themselves. Here are seven novels that are set or written in New York in the 1950s. 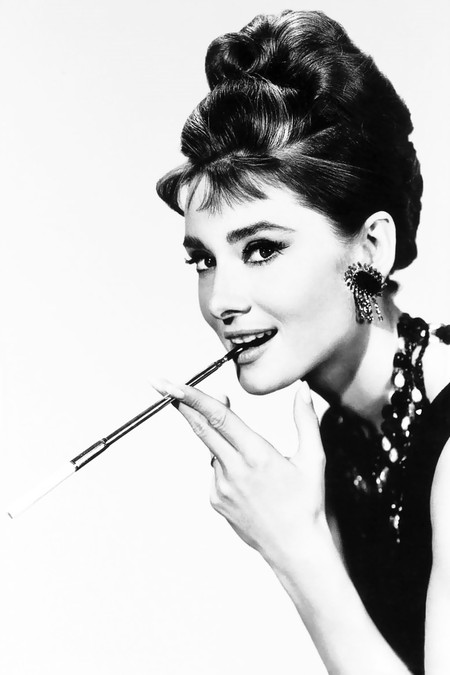 Shop
Facebook
Email
Twitter
Pinterest
Copy link
Share
While many recall the iconic film adaptation starring Audrey Hepburn as protagonist Holly Golightly, legendary author Truman Capote’s book is a classic in itself. A book about unfulfilled dreams from the questioning subculture of the Beat Generation, the narrator Paul projects many of his own dreams and fantasies on Holly Golightly, a party girl. Most remarkable is that Capote has made a complex, vibrant character in Golightly in a time when women were often seen as ornamentation. Capote makes readers understand both Paul and Golightly’s longing, loneliness and desperation in the midst of happy faces and independence, memorably witnessed in Golightly’s window shopping at Tiffany’s when she is feeling down.

The Catcher in the Rye, J.D. Salinger

New York City serves as the perfect backdrop for the protagonist Holden Caulfield’s misadventures, a place where you can feel totally alone and isolated while surrounded by millions of people after being expelled from boarding school. While the book was written for adults, it is often required reading in high schools, and remains a favorite with teenagers due to its depiction of teenage angst and loneliness. Caulfield’s adventures include skating with his romantic interest Sally at Rockefeller Center, a solo trip to the Christmas Show at Radio City Music Hall, and visits to numerous city bars. The New York Times mapped out Caulfield’s footsteps in 2010.

All That Is, James Salter

Published in 2014, but set largely in 1950s New York, All That Is served as underappreciated writer James Salter’s epitaph. The book follows Philip Bowman, a World War II Navy veteran who has returned to New York to success in the publishing industry. Despite his professional achievements, Bowman remains unlucky in love, moving through a string of unsuccessful relationships. For those unfamiliar with Salter’s exquisite writing, All That Is will be a heart wrenching journey through evocative prose. Those familiar with Salter’s oevre may find that All That Is falters at parts, with elements of the story even drawing on Salter’s own experiences as told in his memoir Burning the Days. Salter himself was born and raised in New York, and attended Horace Mann School and West Point before going on to spend a decade in the Air Force. He returned to New York after leaving the military, and lived his later years in the Hamptons. He died in June 2015.

Building
Facebook
Email
Twitter
Pinterest
Copy link
Share
Ayn Rand’s objectivist novel takes place in a dystopian version of 1950s New York. The novel, while panned by critics, has become a cult classic. While it’s especially popular amongst those with more libertarian politics who oppose government regulation, it’s also a popular read for those who love the science-fiction, romance, and mystery. Rand studied the now-defunct New York Central Railroad in order to imagine the Taggard Transcontinental Railroad and the John Galt Line. Readers will notice that the description of ‘Taggard Terminal’ bears a striking resemblance to Grand Central Terminal, and that the protagonist, Dagny Taggart, works in a re-named Helmsley Building. One fan even leads tours of Ayn Rand’s New York. 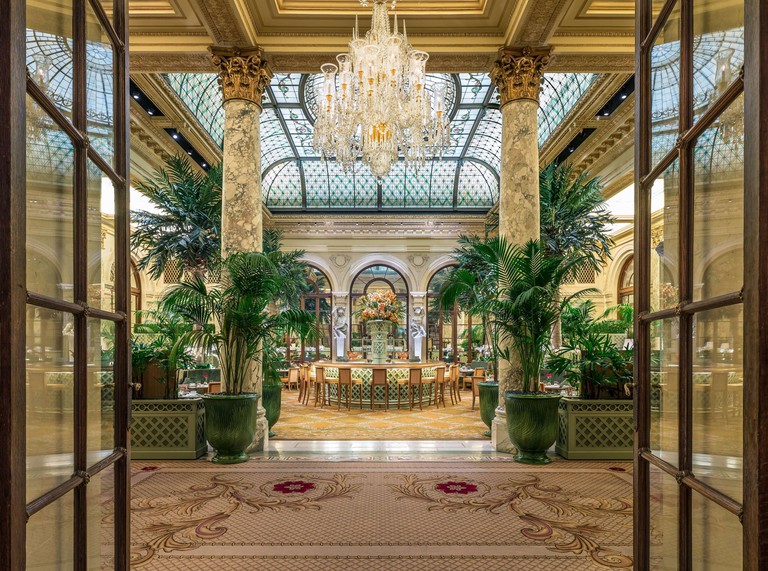 Courtesy of The Plaza Hotel / Expedia

The classic children’s picture book takes place at the Plaza Hotel on Central Park South, where the title character lives. Eloise, six years old, is the quintessential New York City girl: only child, accompanied by small pets (a pug and a turtle) with the backdrop of the iconic hotel and city as her playground. She explores the hotel with the fascination and mischievous bent of any child left with a palace at her disposal. She even crashes weddings.

The novel, published in 2009, follows Eilis Lacey, an Irish woman who emigrates to New York to leave a jobless life in her home country. While the rumors she heard of an abundance of jobs in New York turns out to be true—she finds work in a department store—Lacey is at first disappointed with her new, surprisingly boring life. However, she falls in love with an Italian immigrant, passes a night course in bookkeeping, and they begin to develop their own American dream. 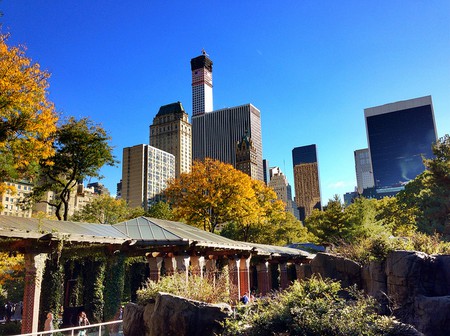 Members of an infantry platoon, including Major Bennet Marco and Sergeant Raymond Shaw, are captured during the Korean War and brainwashed to believe that Sergeant Shaw saved their lives in combat, for which he is awarded the Congressional Medal of Honor. No members of the platoon are aware that anything is wrong, until Maj Marco begins to have nightmares of Shaw murdering two members of the platoon under observation by Chinese and Soviet officials. Once he learns that another member of the platoon has had the same nightmares, he discovers that Shaw is a sleeper agent, handled by his Communist mother and re-programmed to assassinate a presidential candidate during the national convention at (the original) Madison Square Garden in order to stage a coup d’état. An intervention by Marco—a meeting with Shaw at the Central Park Zoo right before the convention—leads Shaw to make a different choice.

Anna G, the Fearless Flashpacker, is a New Yorker currently on an extended vacation to California, where she has lived since 2010. She travels the world only with carry-on luggage and a stuffed camel named Humps. Follow her travels at www.fearlessflashpacker.com.