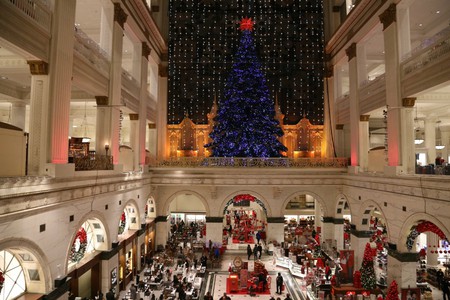 ‘Tis the season to heat up hot chocolate and sit on the couch for hours, watching your favorite holiday movies. New York City is a magical place during the holiday season, from Macy’s Herald Square’s elaborate decorative windows to the massive Rockefeller Center Christmas Tree. These iconic holiday movies took advantage of the city’s beauty and joy during this season by using NYC as their setting, allowing Manhattan’s festivity to shine on the silver screen. 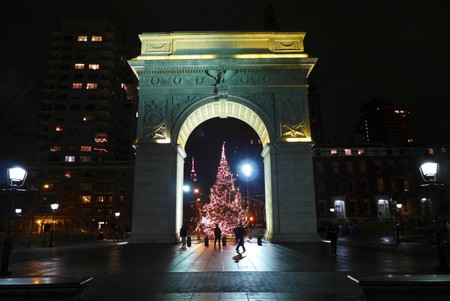 New York City has never shined brighter with Christmas spirit than when Buddy the Elf came to town looking for his father. Elf is a holiday favorite that perfectly transports us into NYC during the holiday season. Buddy, a human raised by elves in the North Pole, travels through the seven levels of the Candy Cane forest, the sea of swirly twirly gumdrops, and the Lincoln Tunnel just to find his biological father, who resides in New York. Buddy is able to pass as a singing Christmas gram when he first finds his father working at Greenway Press, located in the Empire State Building. We see the city through the blissfully ignorant eyes of Buddy as he discovers the world’s best cup of coffee, the Rockefeller Center Christmas Tree, and the impostor Santa Claus working in Gimbels, better known to locals as Macy’s Herald Square. And no one will forget the inspiring scene when Buddy and Josie work together to help fly Santa’s sleigh over Central Park by uniting the community in a sing-along. Always remember, the only way to spread Christmas cheer is singing loud for all to hear.

We couldn’t get enough of the McCallister clan, so naturally the next step would be for Kevin to take his shenanigans to New York City. Kevin gets the Christmas he’s been dreaming of by accidentally boarding a plan to the city known for its seasonal glitz, leaving his family behind to spend their original holiday plans in Miami, the city with no Christmas trees. In typical Kevin fashion, he is able to book a room at the Plaza Hotel, befriend a pigeon lady in Central Park, and watch an orchestra perform in Carnegie Hall. Last but not least, where would a Home Alone sequel be without triumph over the Sticky Bandits (formerly known as the Wet Bandits)” Kevin is able to save the toy store from Harry and Marv’s robbery, landing them back in jail where they belong. And what better spot to celebrate his victory and get his fix of Christmas trees” Just slap your hands on your cheeks and let out a scream, because you guessed it: the Rockefeller Center Christmas Tree. 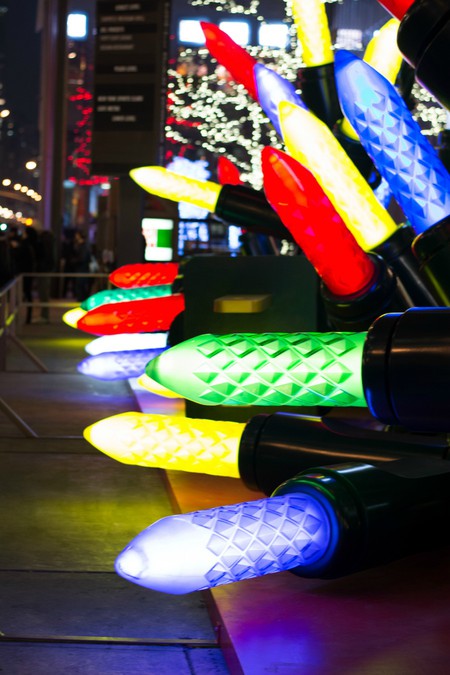 This Christmas rom-com is a modern day A Christmas Carol, but instead of three ghosts, viewers enter an alternate universe, and instead of Scrooge, they get Nicolas Cage as Jack Campbell. Jack lives a glamorous life in New York City as a Wall Street executive on the verge of completing a multi-billion dollar merger. In order to ensure the merger’s success, Jack calls an emergency meeting on Christmas Day. The Family Man gives us a glimpse of how Christmas is spent in New York City by a lonely man who is missing the one that got away in his life, despite his enormous wealth. After a series of events with a man who apparently has magical powers and claims to hold a winning lotto ticket, Jack is transported from his Ferrari-driving, condo-living city life to an alternate universe in suburban New Jersey in which he married and had a family with the love of his life. In the end, Jack must decide how he wants to spend Christmas next year: as a single Wall Street executive or a modest family man?

This is another modern-day A Christmas Carol, but in this comedy all three ghosts are present. With ghosts on the loose, who you gonna call” Bill Murray, of course. In Scrooged, Murray plays Frank Cross, a cynical television-programming executive for the IBC network. While working in the network’s headquarters in New York City, the ratings-hungry Frank demands his staff work on Christmas Eve to put on a live production of A Christmas Carol. His rash attitude causes three ghosts to visit so he can reevaluate the hasty life choices he has made. In true New York fashion, the Ghost of Christmas Past appears as a taxi driver. From there, Frank is transported in and out of the final rehearsal for the live show. In the end, Frank develops a new appreciation for life and Christmas, uniting his NYC staff in a sing along of ‘Put a Little Love in Your Heart.’ 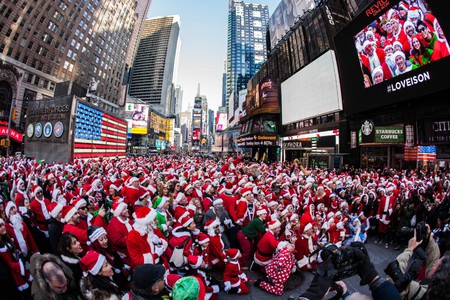 Although the plot does not center on celebrating the holidays or finding the true spirit of Christmas, Serendipity starts off strong during the Christmas season in good ol’ New York City. One faithful day, Jonathan and Sara meet at Bloomingdale’s. Despite the fact they were both engaged in other relationships, their instant chemistry leads them to eat ice cream together at Serendipity 3, a restaurant located at 225 East 60th Street, between Second and Third Avenues. When fate brings them back to the restaurant that same day, the acquaintances go ice-skating on the Wollman Rink at Central Park. The movie jumps forward in time years later, following Jonathan and Sara as they return to New York in an attempt to reunite once again. Their first meeting perfectly sums up the winter activity every couple wants in NYC, so it only makes sense for them to retrace their steps on the streets of Manhattan in search of the stranger with which they had an instant connection. Christmas in New York City has a way of bringing people together, don’t you think? 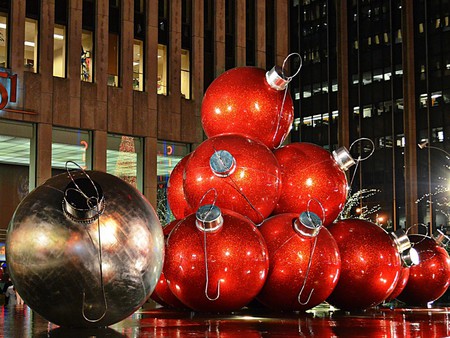 This timeless classic from 1947 still manages to warm hearts even after all these years. Miracle on 34th Street perfectly captures New York City during its prime, from Thanksgiving to Christmas Day. As soon as Santa rides in at the tail end of Macy’s Thanksgiving Day Parade, the whole world knows the holiday season has officially begun, and this is where the black-and-white gem’s story begins. We follow Kris Kringle as he takes on the responsibilities of parade Santa ringing in the holiday season, continuing his reign as the department store Santa in Macy’s Herald Square. Kris’s sanity is questioned when he insists he is the real Santa Claus to a very young New Yorker, Susan. Of course, the New York Supreme Court Judge had to rule in favor of Kris Kringle because the Federal Government recognizes him as the Santa Claus since the U.S. Post Office delivers all of the children’s Christmas lists to his home. And only the true jolly man could mend the ongoing NYC department store feud between Mr. Macy and Mr. Gimbel. 34th Street never looked so magical.