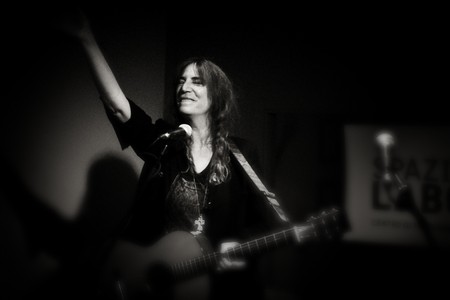 Some of the world’s most famous and fascinating people have called New York City home, whether by birth, by choice, or simply by accident. And when famous people from New York City write autobiographies, their stories are often as much – or perhaps, more – about paying tribute to the city, whose influences never fail to bring out the best, and sometimes even the worst, in people. We profile 12 must-read autobiographies by famous New Yorkers.

Patti Smith’s two autobiographies are as stylistically different as one could possibly imagine — yet both volumes are essential reading for their glimpses into the mystique of New York City’s legendary creative pulse. Smith’s recently-released M Train features a series of reflections, mostly penned at the now-closed Café ‘Ino on Bedford Street, interwoven with recollections of her many travels abroad. In the end, she is always drawn back to that tiny corner table in the West Village. National Book Award winner Just Kids, conversely, recounts the poignant friendship between Smith and controversial photographer Robert Mapplethorpe. The pair’s relationship proved essential to both artists’ creative spark, even given their story’s heartbreaking outcome. In these sublime autobiographies, Patti Smith proves herself a most worthy contemporary philosopher. 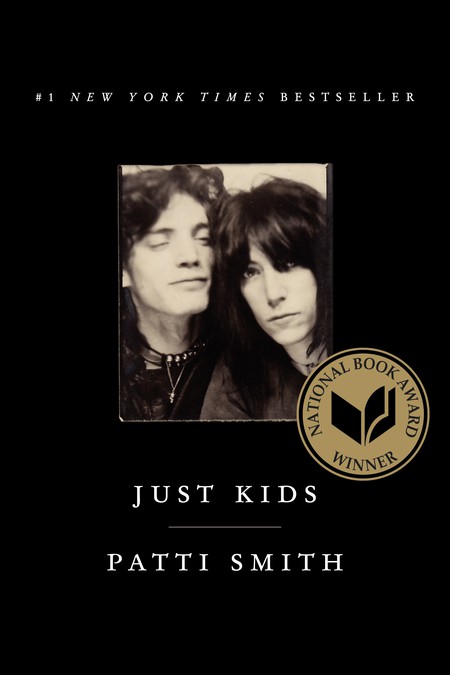 The Wolf of Wall Street (2008) by Jordan Belfort

Jordan Belfort made his mark in Wall Street’s world of excess during the wild and heady days spanning the late 1980s through early 1990s — until a federal investigation and a two-year prison term brought him down, along with his Stratton Oakmont financial empire. The Wolf of Wall Street, the basis for the 2013 film of the same name starring Leonardo DiCaprio, is Belfort’s true-life confession, exposing the greed, decadence, dishonesty, and every manner of debauchery that flourished within New York’s venerable financial district during the couple of decades prior to the 2007 financial collapse. There is plenty of intrigue, sex, and drugs within these autobiographical pages, and absolutely no heroes.

Funnyman George Carlin began writing this no-holds-barred autobiography more than ten years before his death in 2008. Completed posthumously by friend and cowriter Tony Hendra, Carlin’s famously acerbic wit permeates every page, as if the New York City native had returned from the grave for one final stand-up comedy encore. And what an encore it is; heartfelt, honest, and unapologetically obscene. His 50-year career, distinguished by more than 130 appearances on The Tonight Show, but also sullied by years of alcoholism and drug abuse, represents a textbook example of both the highs and the lows of comedic stardom. 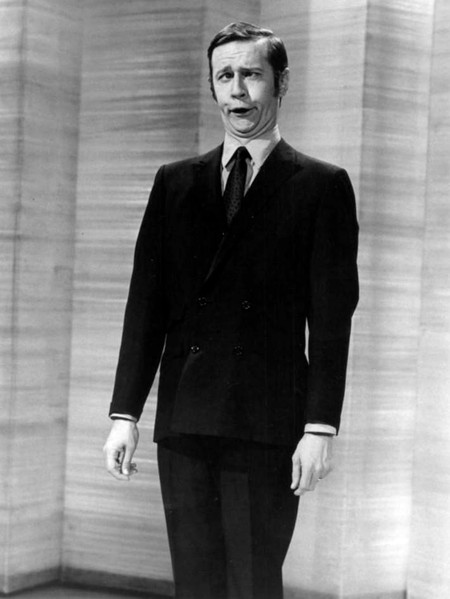 New release The Rainbow Comes and Goes comprises a series of emails and communications between journalist Anderson Cooper and his famous mother Gloria Vanderbilt, a socialite and heiress whose personal life became a tabloid mainstay during her flamboyant earlier years. The intensely private nature of this book—personal letters from a mother and her son—makes its pages more emotionally revealing than the usual autobiographical fare. Separately, both Cooper and Vanderbilt have written interesting and engaging memoirs in the past, but The Rainbow Comes and Goes delves deeply into their close relationship, uniting these two fascinating celebrities within the intimate confessional of the parent/child relationship.

Born into the near-hopelessness of the Marcy Projects in Bed-Stuy, Brooklyn, rapper Jay-Z learned how to scrape his way beneath the belly of the beast. However, by age nine, he was already filling an unlined notebook full of street rhymes, beating out a rhythm with his bare knuckles. One of the most successful hip-hop entrepreneurs in America and one of the world’s top-selling rappers of all time, Jay-Z augments the rawness of his life story through decoding the deeper meaning and purpose behind more than two dozen rap lyrics. This is a powerfully-written perspective on just how much willpower and guts it takes to do better in the world, without turning a blind eye to the street essence at one’s core. 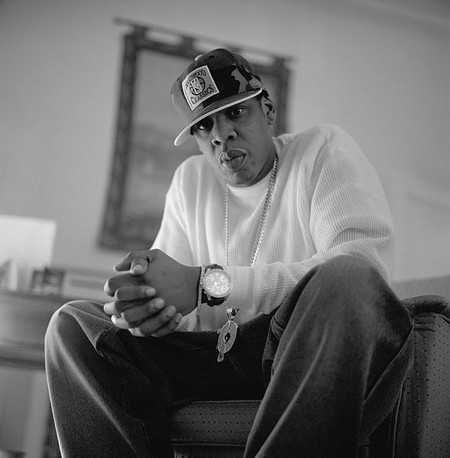 Born in the suburbs of Philadelphia, actress and comedienne Tina Fey transplanted to New York City (after a stint with The Second City in Chicago) when she landed a writing job at Saturday Night Live. And the rest, as they say, is history. Bossypants is at times light-hearted and charming, it occasionally jabs and lunges at greater social issues, and it is always thoroughly entertaining. Fey’s behind-the-scenes insights into the Saturday Night Live back offices and its legendary cast member chemistry are well worth the price of admission. And don’t be fooled by the easy-to-read format — there’s more here than at first meets the eye.

The life and many careers of author, poet and civil rights activist Maya Angelou stretched across the breadth of the globe, and it required six separate autobiographical volumes to fully chronicle the richness of her accomplishments. This fourth volume recounts Angelou’s time in New York City during the late 1950s, where she began work on the series’ acclaimed first volume, I Know Why the Caged Bird Sings (1969). Living in New York City, especially in pre-civil rights Harlem, she discovers her fledgling voice, both as a writer and an activist. The Heart of a Woman is a classic tale of single motherhood, struggling to make ends meet in New York City, working grueling hours in hopes of nurturing a better life and of achieving a greater dream. 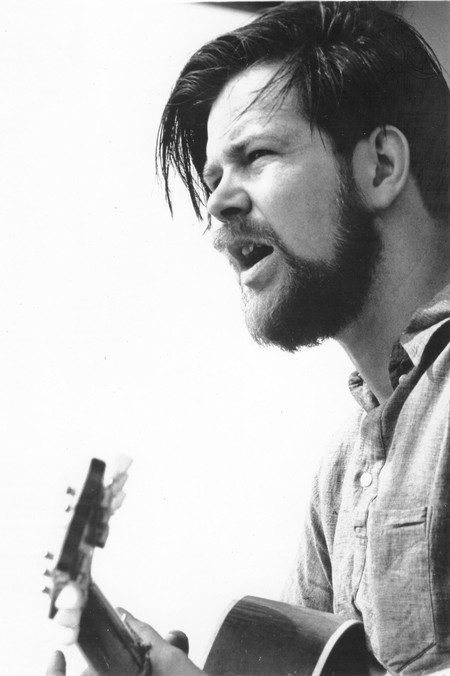 Dave Van Ronk’s importance to the folk music revival of the late 1950s and 1960s is indisputable. In The Mayor of MacDougal Street, he gives the play-by-play for a musical movement that was humble in origin, but huge in populous fervor. Woody Guthrie; Joan Baez; Pete Seeger; Richie Havens; Bob Dylan, Peter, Paul and Mary; plus dozens more, they all live and breathe within these pages as if they just blew into town this morning, often shacking up on the ‘Mayor’s’ couch. One of folk’s unsung heroes, Van Ronk mixes poetry and revolution, rolled into a posthumously released autobiography as much a history of the Village, and the folk venues that made it famous, as the life story of its ‘Mayor’—inspiring the Coen brothers’ 2013 film Inside Llewyn Davis. 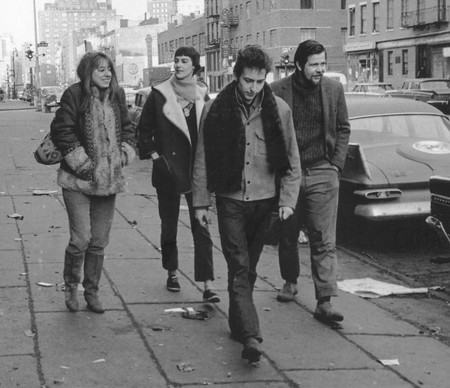 His success may have been nurtured in the neighborhoods and music studios of Philadelphia, but Ahmir ‘Questlove’ Thompson — co-leader and drummer for The Roots, much-loved hip hop group and house band for The Tonight Show Starring Jimmy Fallon — is now as much a part of the New York City landscape as Jimmy Fallon himself. It is impossible to read Mo’ Meta Blues without viewing Questlove through the lens of his newly-minted status as a New Yorker. The book, liberally laced with music playlists, as well as comic ‘interviews’ and fake ’emails’, successfully challenges the boundaries of the usual autobiography format. 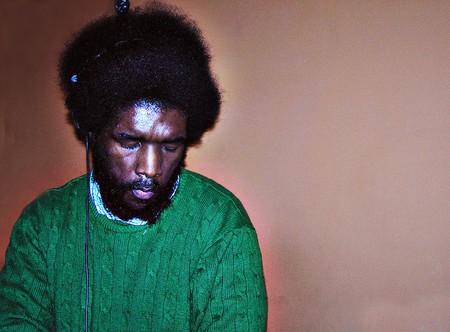 With Patience and Fortitude (2013) by Christine Quinn

Former New York City mayoral candidate and ex-Speaker of the New York City Council, Christine Quinn can be counted among the top political trailblazers in a city overloaded with trailblazers. She distinguished herself as the city’s first female — and first openly gay — council speaker, the third most powerful public service position in New York City. But in these pages, the pioneering Quinn chooses to concentrate instead on other, more personal aspects of her life, speaking boldly and honestly about issues of bulimia and alcoholism, and about her 2012 marriage to longtime partner Kim M. Catullo. With Patience and Fortitude successfully humanizes the venerable mystique surrounding New York City’s top politicians.

Christopher Reeve, star of the 1978 hit movie Superman, as well as all three of its sequels, had it all: good looks, talent, a beautiful family, wealth, and fame. He was sitting on top of the world that fateful day in 1995 when he fell from his horse during an equestrian competition. The injury left Reeve paralyzed from the neck down, alive only by virtue of medical machinery, and through the love of close friends and family – especially his wife Dana and his children. Their support gave him the will to live, and Reeve went on to became a tireless advocate for stem cell research, hopeful for an eventually cure for spinal injury paralysis. Reeve passed away in 2004, but his Foundation continues the cause.

In her new book True Love, producer, performer and actress Jennifer Lopez works through the lingering trauma of her 2012 divorce from ex-husband and fellow performer Marc Antony. In the process, she discovers all the things in her life that are most valuable. As Lopez struggles to rebalance her priorities, she also finds herself immersed in one of the most demanding periods of her professional career. Filled to the brim with pages of photographs and sober life advise, with True Love, Jennifer Lopez might just be able to add life coach to her long list of impressive accomplishments.