Foods You Must Eat in New York City 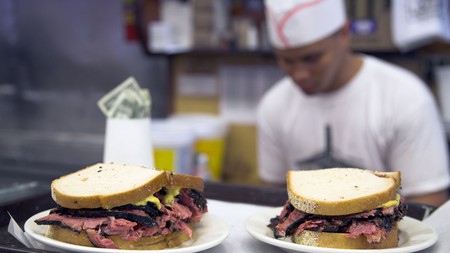 There may be plenty of shopping and sightseeing to do in the Big Apple, but have you added eating to your New York itinerary? From NYC classics, such as pizza and bagels, to local favorites, including falafel and BEC sandwiches, you’ll find plenty to keep you occupied (and satisfied) as you sample the best bites in the city. Here are the foods to eat in New York City – and they’re guaranteed to leave you hungry for a food-based adventure in the Big Apple. 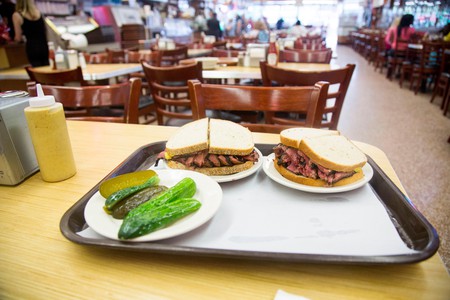 Pastrami on rye is about as New York as it gets, second only to Katz’s Delicatessen. The Jewish deli serves the best pastrami sandwich in the city, complete with a pile of hand-carved beef pastrami, yellow mustard and freshly baked rye bread. This is a must-eat in NYC. 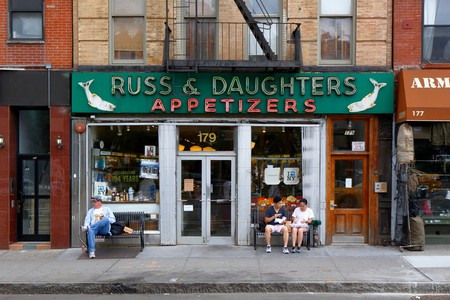 Founded in Orchard Street, Russ & Daughters moved around the corner to East Houston Street in 1920, where it has remained since | © Robert K. Chin - Storefronts / Alamy Stock Photo

Carb connoisseurs from around the world travel to NYC to taste an authentic New York bagel. Grab your own at another New York classic, Russ & Daughters. The 107-year-old shop still serves the city’s best bagels and all the traditional toppings (lox, smoked fish, cream cheeses…) you could want. 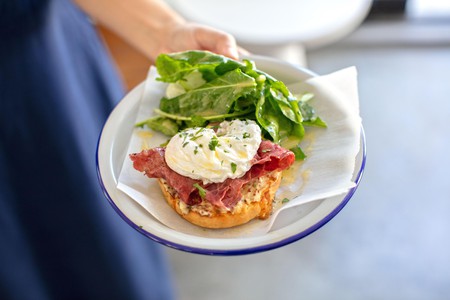 Although popular throughout the United States, the BEC is known as a New York delicacy | © Dreamer Company / Alamy Stock Photo

The bodega-made bacon, egg and cheese sandwich, or BEC as it’s known colloquially, is how New Yorkers ensure a great morning. The best part of this cheat-day delicacy? You can find it at just about any deli in the city. 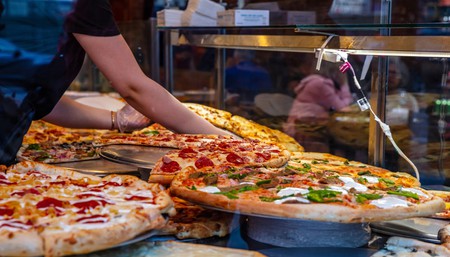 New Yorkers often fold their dollar slice: you can walk, talk and eat while leaving your other hand free | © Rawf8 / Alamy Stock Photo

The locals’ pick for the best cheap meal in the city is the dollar slice: a piece of pizza priced at $1 or less. While there are many fast-casual eateries dedicated to the dish, the most consistent slices can be found at 99¢ Fresh Pizza. 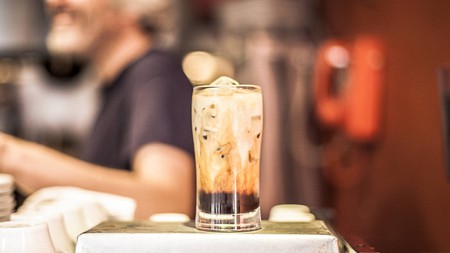 No wonder New York is the city that never sleeps – with more than 3,300 coffee shops you can always get a caffeine fix | © Abraço

In-the-know New Yorkers flock to coffee roasters for unfussy drinks brewed with care (and maybe a little harmless pretension). Home to what’s been described as the best latte in the city, Abraço in the East Village is a great place to begin your coffee education. 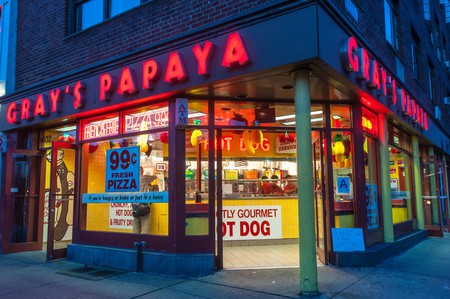 No, we’re not referring to the “dirty water dogs” peddled on sidewalks across the city. A true New York hot dog should be crispy on the outside, juicy inside and, ideally, secured from local institution Gray’s Papaya. The Recession Special at this 24-hour spot includes two franks and one soda for “when you’re hungry, or broke, or just in a hurry.” In truth, though, there’s never a wrong time to eat here. 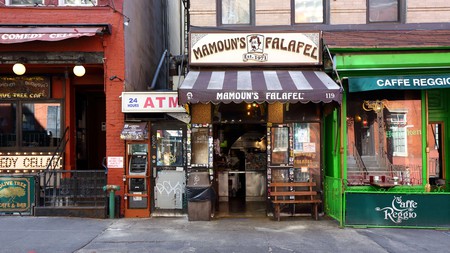 In the heart of Greenwich Village, Mamoun’s was one of the first Middle Eastern establishments in the US | © Robert K. Chin - Storefronts / Alamy Stock Photo

Falafel, or fried chickpea fritters, are a favorite among locals, who often enjoy the Middle Eastern dish alongside tahini, fresh veggies and pita. The 1971-established Mamoun’s Falafel, the oldest falafel restaurant in New York, is still the best place in the city to try these exotic eats. 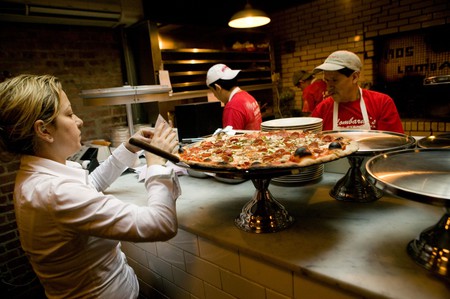 No disrespect to the dollar slice, but sometimes (read always) it’s worth springing for a traditional New York-style pizza. Where better to sample an authentic city-style slice than at Lombardi’s, the first pizzeria in the United States? 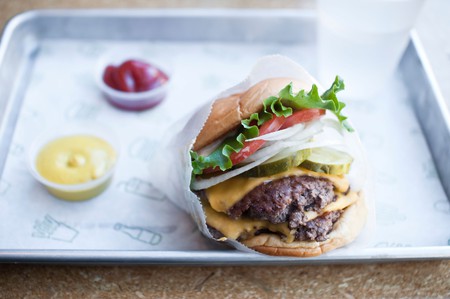 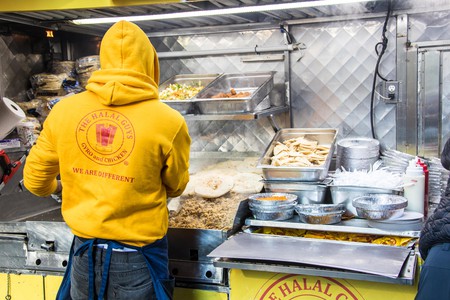 Meat over rice, also known by the unfortunate name of street meat, is a simple yet popular dish sold by sidewalk food carts across the city. However, you’re going to want to get yours from The Halal Guys, a sidewalk stand whose gyro, falafel and more have earned reliably long lines of hungry customers. 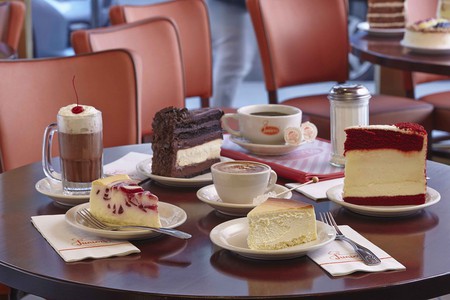 Junior’s cheesecakes have been made with the same recipe since 1950; using premium ingredients hand-blended for 40 minutes | Courtesy of Juniors

Consider yourself warned: once you’ve tasted true New York-style cheesecake, other versions won’t compare. After more than 70 years, the best spot to sample the richest dessert in the city is still Junior’s, where fresh fruit and home-made purees accent creamy slices with sponge-cake bottoms. 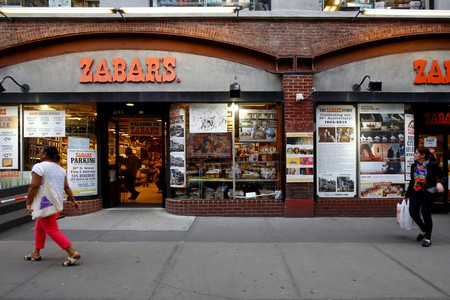 Comprising a cake base and half-chocolate, half-vanilla frosting, the black and white cookie is not a cookie at all. It is, however, a New York City staple, and a delicious one at that. For generations, Manhattan institution Zabar’s has been serving the home-made sweets with a side of New York nostalgia.