12 Books To Read Before Visiting NYC

Planning a trip to New York City is a big job, so it never hurts to turn to literature for a guide. This collection of fiction and nonfiction lends a helping hand to any future NYC visitor looking to locate major sites, understand the city’s history, set a tone for their trip, or delve into some quality entertainment with New York as the background. We profile 12 books to read before visiting NYC.

The controversial tale of The Catcher in the Rye explores New York City through the rebellious teenage protagonist, Holden Caulfield, earning its way to the top of the list for NYC visitors. J.D. Salinger’s novel created a story full of teenage angst and everything that goes with it, including issues with identity and belonging. As we follow the personal journey of this Pencey Preparatory student, we see the main sights of NYC along the way. Holden starts his visit with an unsuccessful time at a nightclub in Greenwich Village, but his spirits increase slightly after having a pleasant conversation in Grand Central Station. He continues to cross off elements on every tourist’s bucket list by ice skating at Rockefeller Center and seeing the long-running Christmas show at Radio City Music Hall. To top off the typical NYC experience, he reminisces about his childhood visits to the Museum of National History, and constantly worries about the ducks swimming in the lagoon at Central Park. 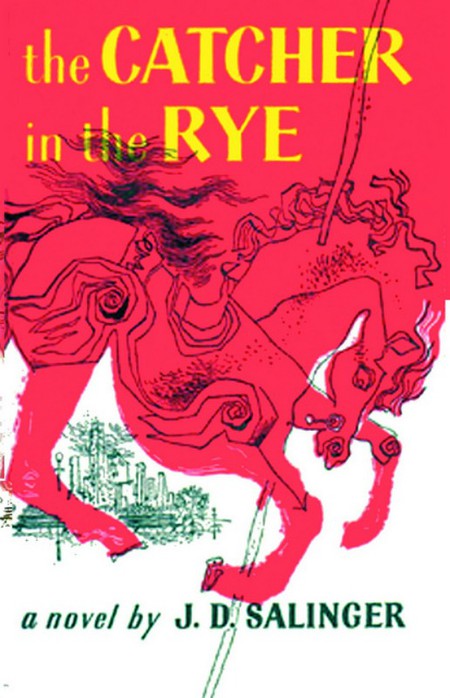 E.B. White is known for his wonderful children’s fiction, but his short book, Here is New York, takes on an essayist style of writing. White’s child-like spirit and elegant use of language makes for a powerful combination as he pours his heart out to New York City. The book is based off a magazine article he wrote for Holiday magazine, expressing his appreciation for the city. Outsiders will come to understand White’s observation of the city’s ability to give ‘the gift of loneliness and the gift of privacy’ once they travel to the city and experience it with the locals. This ‘love letter’ to NYC is a perfect introduction for those traveling to New York for the first time.

The Power Broker: Robert Moses and the Fall of New York (1974) by Robert A. Caro

Pulitzer Prize-winning biography The Power Broker: Robert Moses and the Fall of New York is a must-read for anyone looking to travel to NYC. Robert Caro takes us inside the accomplishments of Robert Moses, showcasing his service to the community. This book will give tourists a great appreciation of the construction and architectural designs they will encounter during their trip, such as the beautiful parks Moses created that earned him his reputation, as well as the Verrazano-Narrows Bridge. Not only does Caro tell the tale of Robert Moses, he also includes a great deal of New York City’s history within the narrative. 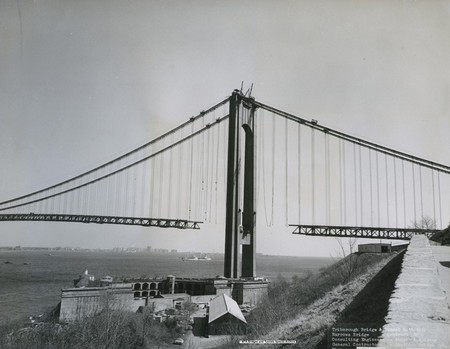 Verrazano-Narrows Bridge: The Beginning | © Metropolitan Transit Authority of the State of New York/Flickr

Throw on your best flapper dress and head down to West Egg, Long Island for the best party of your life. Those looking for a fun party to attend while in NY should read up on The F. Scott Fitzgerald classic to see what to expect. The Great Gatsby takes the reader back to New York circa the Roaring Twenties. Fitzgerald was inspired by the lavish parties he attended on Long Island’s north shore, which becomes clear after delving into his descriptions of West Egg. The timeless hit is a perfect representation of what New York looks like through the eyes of a newcomer traveling from the Midwest. Not only did Fitzgerald bless us with the mysterious millionaire, Jay Gatsby, but he also provided us with a social history of New York during a time of economic prosperity, underground bootlegging business, jazz music, and flapper fashion. Although it has been 91 years since this book has been published, The Great Gatsby will never fail to transport New York to the Roaring Twenties. 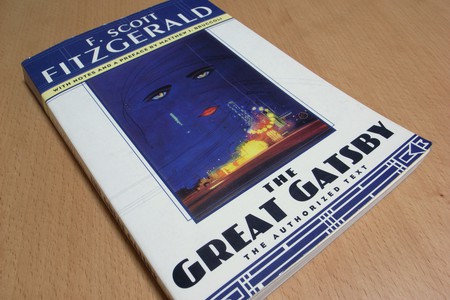 There’s no better way to grasp the entire scope of NYC’s timeline then by diving into Edward Rutherfurd’s New York: The Novel. The novel chronicles the events of NYC history from the arrival of the first European colonists in the 17th century up until the year the book was published in 2009. Rutherfurd allows us to be immersed in the city’s history by taking the reader on a journey with fictional families that embody the qualities of a family living in the time represented. Before traveling to New York, be sure to acquaint yourself with the Van Dycks and the number of imagined families they meet along the way as the years pass by in New York.

Breakfast at Tiffany’s (1958) by Truman Capote

Before Audrey Hepburn graced the silver screen with her iconic portrayal of Holly Golightly in 1961, readers had to visualize the elegance of Holly through Truman Capote’s novella, Breakfast at Tiffany’s. The fabulous city is perfectly captured through the point of view of the young café society girl who, when she’s not spending her early mornings at Tiffany & Co. on Fifth Avenue, is socializing with wealthy men who wine and dine her at NYC’s most established clubs and restaurants. As the novella continues, we learn more and more about the eccentric and outspoken narrative Holly surprisingly possesses, as well as the luxurious lifestyle of the Upper East Side. The way Holly lives her life is certainly unique, making it an interesting read for those experiencing NYC for the first time. 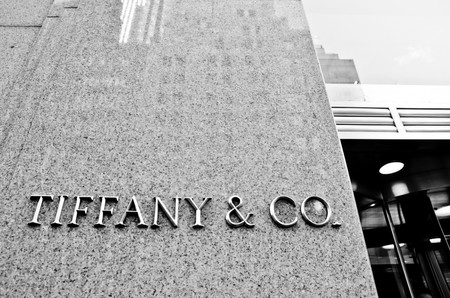 Before embarking on a solo expedition of New York City, meet the infamous Patrick Bateman. He is not one of New York’s fondest fictional characters, but the story of this unreliable narrator keeps the readers on edge throughout the novel. American Psycho by Bret Easton Ellis takes place during the Wall Street boom of the late 1980s, giving the reader a glimpse of the day-to-day life of a wealthy young investment banker, who also happens to have an uncontrollable, violent rage. The book is mostly written in first person, so we witness the elite living of Wall Street directly through the eyes of Patrick, as well the dark, disturbing events he participates in at night. Wall Street is a part of New York that is filled with fast-paced chaos, stress, and rich businessmen trying to become more rich, and this image is perfectly captured in Ellis’ novel with a controversial and unsettling twist.

For those seeking even more thrill during their visit, The New York Trilogy by Paul Auster is the perfect mystery to solve before your visit. The trilogy is made up of City of Glass, Ghosts, and The Locked Room, all revolving around a different crime with many gaps to fill. Auster has been praised for his meta approach to the overpopulated detective fiction genre, making his work nothing short of original. In the first installment, readers follow Daniel Quinn, a detective-fiction writer turned private investigator, as he searches the streets of New York after an ominous phone call one night, discovering a case more complicated than anything he has written. The following installments continue the suspense and multi-layered facets, keeping the reader on the edge of their seat while laughing along to the cleverly embedded irony.

A collection of stories about New York City told by an author whose childhood was spent there is just what you need to envision the city before experiencing it for yourself. Colm Tóibín was responsible for bringing together all of James’ stories set in NYC to be enjoyed as a unit, titled The New York Stories of Henry James. These stories were written over the course of James’ career, spanning from comedy to poignant pieces of literature. Through this collection, the reader can understand James’ view of the city he grew up in and the complicated emotions he faced when trying to make sense of a city that was rapidly changing in front of his eyes. 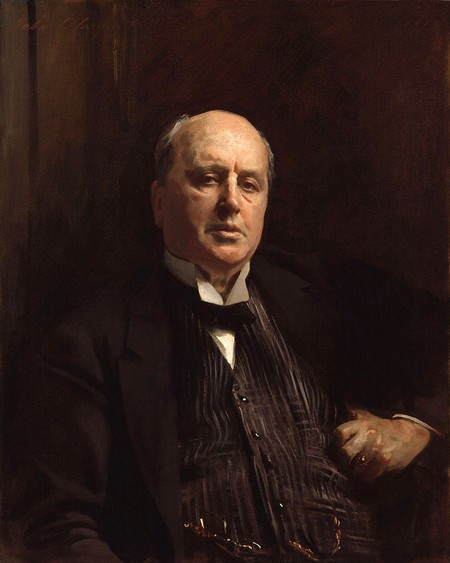 A Visit from the Goon Squad (2010) by Jennifer Egan

Those drawn to NYC’s music scene should pick up a copy of A Visit from the Goon Squad by Jennifer Egan to get a sneak peak of the rock and roll industry. This novel takes the reader through the music scene in varying shifts of time, traveling back and forth from the late sixties, to the present, to the near future. Each chapter can read as its own individual story, leading some people to classify Egan’s work as a collection of linked short stories, while others are convinced the connection of the chapters is sufficing enough evidence to label it a novel. Most of the chapters take place in NYC as the characters age and try to make sense of where their life is going, sometimes destructing on the way to their hopeful happy conclusion. Many of the characters struggle with the idea of becoming part of the past as pop culture surrounding music changes with the years, the Lady Gagas becoming the new Madonnas, and so on. 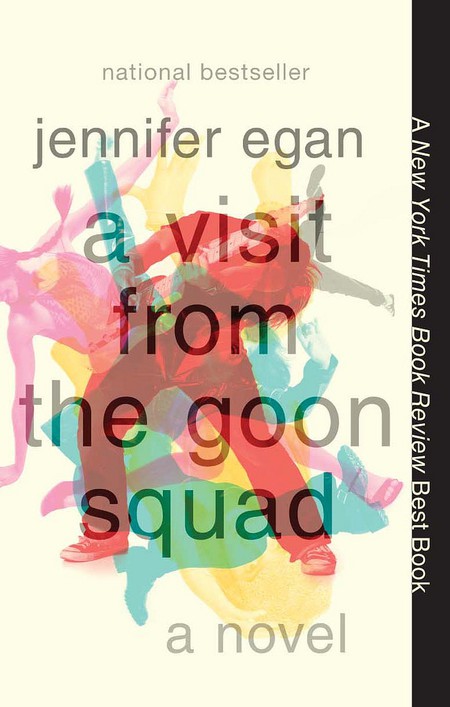 Jennifer Egan: A Visit from the Goon Squad | © Wolf Gang/flickr

Brooklyn is a common hotspot to visit when traveling to New York due to its trendy nature. It’s also a common spot to set a crime fiction story. Jonathan Lethem’s Motherless Brooklyn is another detective-centric novel to add to the list for mystery lovers looking to take a trip to NYC. The story’s protagonist, Lionel Essrog, an orphan suffering from Tourette syndrome, works for the ‘King of Brooklyn’, Frank Minna, at his sketchy combined business of a limo service and detective agency. When his mobster boss is fatally stabbed, Essrog is left to untangle the facts of the case, only adding to his everyday struggles of filtering the sounds and words escaping his mouth. This classic ‘whodunit’ tale featuring Brooklyn-native characters is a great read for those wishing to explore the NYC borough. 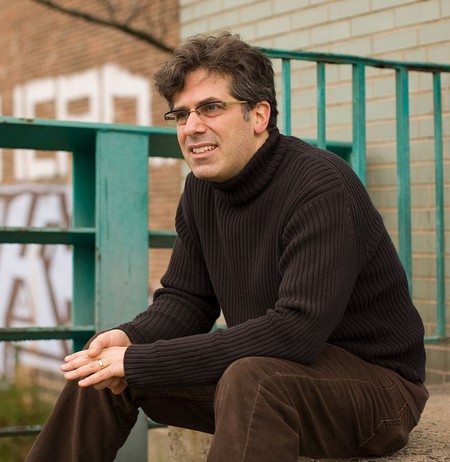 If you’re looking to travel back in time and see Brooklyn in the 20th century through the eyes of an adolescent who calls Williamsburg her home, then A Tree Grows in Brooklyn is a must-read before venturing off to NYC. Betty Smith’s classic tells the coming-of-age story of Francie Nolan as we watch her grow up from the age of 11 until she goes off to college. We follow Francie as she lives an impoverished life, learning her perspective and understanding of her first-generation Irish immigrant mother and American father as they try to make ends meet. The trees we often see in the vacant lots of NYC serve as a metaphor, the story specifically centering around the ‘Tree of Heaven’.