11 Things to Do on NYC's East River Waterfront 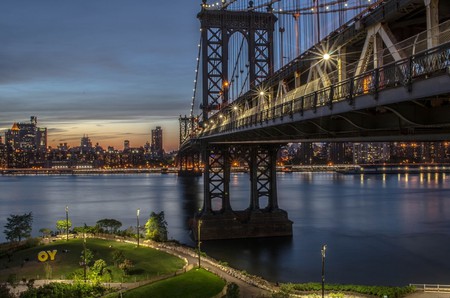 New York is a concrete jungle, but locals are constantly seeking out nature in the city. Its East River has a waterfront where just about everything, from fine dining to exercising, provides opportunities to relax and escape the business of Manhattan without having to leave it.

Dine at an acclaimed waterfront restaurant

Timeless views and a classic New American menu have kept the River Café in demand for 40 years and counting. Come for the rack of lamb with arugula pesto, Hudson Valley Farm foie gras, and milk chocolate Marquise Brooklyn Bridge, and stay for the breathtaking waterfront vistas of downtown Manhattan and the Brooklyn Bridge.

South Street Seaport visitors may find it hard to believe the attraction traces its roots back to the early 1800s. Though many of its restored buildings date to the 19th century, today’s Seaport District boasts a cutting-edge reputation thanks to businesses such as by Chloe, Scotch & Soda, and the forthcoming Jean-Georges food market setting up shop. 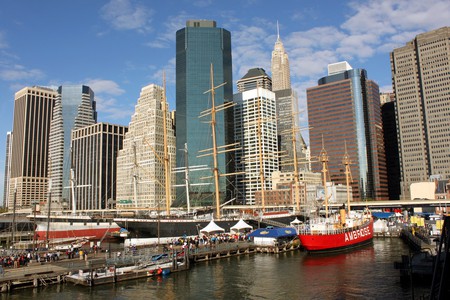 Cruise the East River aboard the NYC Ferry by Hornblower

See the East River up close aboard the NYC Ferry by Hornblower. A swipe of your MetroCard grants you access to scenic views of Manhattan (at the East 34th Street and Wall Street stops), Queens (Hunters Point South in Long Island City), and Brooklyn (North Williamsburg, DUMBO, and more), not to mention conveniences including Wi-Fi and concessions. 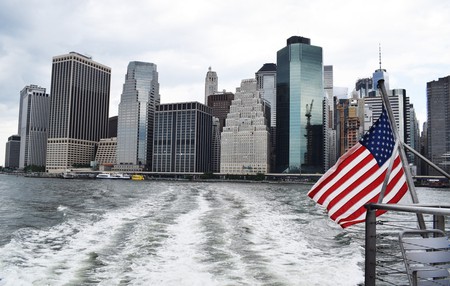 Each Saturday from April through October, the view from East River State Park in North Williamsburg is eclipsed only by the Insta-famous (and drool-inducing) foods at Smorgasburg. Sought-after stands such as Ramen Burger and John’s Juice are included among the fest’s 100 local vendors, attracting 20,000 to 30,000 people every weekend. 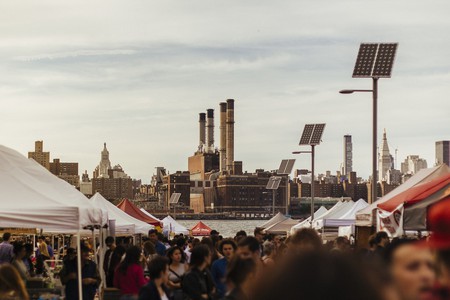 Four-legged New Yorkers enjoy a good view of the skyline, too. Treat them to one, plus some quality time with pups their own size, at one of Carl Schurz Park’s multiple dog runs. The 15.2-acre park on Manhattan’s Upper East Side extends to the East River, another hit with local pooches. 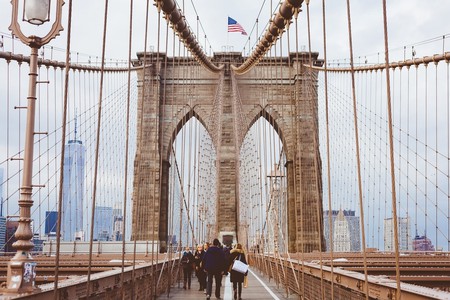 Take a spin on Jane’s Carousel

Or, do what many do, and just come for the ‘gram. Whatever your style, this beautiful restored 1922 carousel is an underrated New York City attraction worth experiencing. If you manage to tear your eyes away from Jane’s Carousel itself, don’t miss the picturesque view of the Manhattan skyline and Brooklyn Bridge.

The Statue of Liberty, Brooklyn Bridge, and Empire State Building are all included in the panoramic view from Brooklyn Heights Promenade. The 1,826-foot-long walkway is one of New York City’s most romantic attractions, a reputation that was solidified by the promenade’s appearances in films such as Annie Hall and Moonstruck.

Come May 31, city-slickers can do their best impression of an upstate New Yorker when they board a kayak from the Brooklyn Bridge Park Boathouse. No experience or money is necessary to glide (or if you dare, paddle) along the East River, which this activity puts you as close to as possible.

Another underrated New York City attraction, the Roosevelt Island Tram is the “most modern aerial tramway in the world” and the oldest in the country at 42 years old. Swipe your MetroCard to whiz through the air over the river and Manhattan’s East Side – keep those eyes open so as not to miss the view! – before coming to a stop on the tramway’s namesake Roosevelt Island. 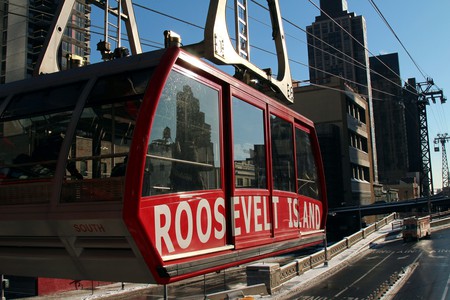 Once you’ve landed on this narrow island in the city’s East River, you’ll find plenty to keep you entertained. Visit the acclaimed Four Freedoms Park, the spooky ruins of a 19th-century Smallpox Hospital, and historic landmarks like the Blackwell Island Lighthouse and Blackwell House. 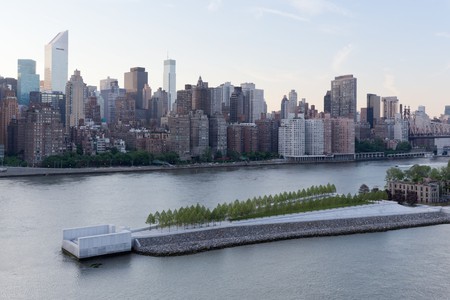