How To Celebrate The Fourth Of July In New York City 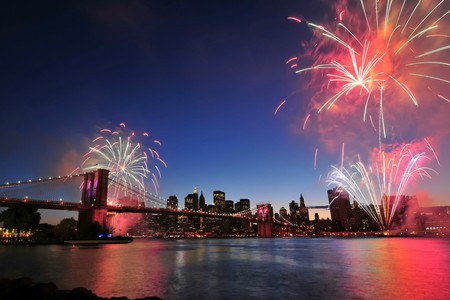 It’s almost the Fourth of July, and New York City offers plenty of ways to celebrate the achievements of our Founding Fathers. This Independence Day, New York plays host to events for all ages and interests, from food, film, and music festivals to historical points of interest and, of course, fireworks.

No Independence Day celebration is complete without fireworks, and no one does fireworks like Macy’s. The 2016 edition marked the 40th year of Macy’s annual tradition, and this year’s display will be bigger and better than ever. Catch live musical performances by Pitbull, DNCE, and more, as fireworks are launched from various points along Manhattan’s East River. This is an essential July 4th event that promises to be spectacular in person, but you can also tune in at 8pm EST on NBC for the televised version. 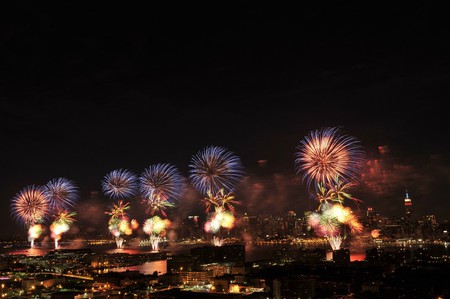 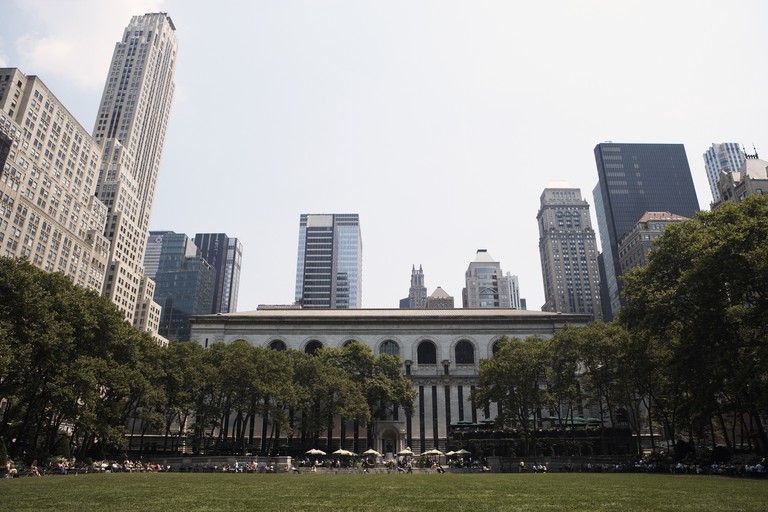 Bryant Park features four acres of sprawling lawn in the center of midtown | © Thomas Northcut / Getty Images
HBO brings the best of cinema to everyone’s favorite Midtown Manhattan oasis with the HBO Bryant Park Summer Film Festival. Every Monday evening, New Yorkers can view a classic film on a big screen set up in Bryant Park. The featured July 4th film is Top Gun, starring entertainment royalty Tom Cruise. The film is archived in the National Film Registry by the US Library of Congress for its cultural significance, so bring a blanket, a picnic, and get cozy beneath the stars.

Living historians with family | Image courtesy of the New-York Historical Society
In honor of this historic holiday, the New-York Historical Society has arranged a whole day of historical fun focusing on Alexander Hamilton. This is the first event in the museum’s ‘Summer of Hamilton’ program – an educational program dedicated entirely to this important historical figure. Learn about Hamilton beyond his revival in popular culture with the Broadway hit, and delve into the role he played in bringing our country its independence from Britain. Starting at 10am, your little ones can meet Alexander Hamilton, partake in patriotic arts and crafts, sing songs, play games, and more.

Shop
Facebook
Email
Twitter
Pinterest
Copy link
Share
It’s always a good time to give back to the city, and Independence Day is no exception. Non-profit organizations are always in need of some extra hands. Project YOU is hosting a Lunch For Friends BBQ for the Women in Need Junius and Liberty Shelter. Volunteers are needed from 9:30am through 4pm, however, the official event will begin at 11am. A great way to celebrate our freedom and give back to the community, there will also be special appearances from Brooklyn Borough President Eric Adams, Councilman Dr. Mathieu Eugene, and New York State Senator Roxanne Persaud.

The Big Onion Walking Tour is offering a special Revolutionary New York tour in honor of the fourth to help locals and visitors alike celebrate American history. Learn about the city’s Revolutionary War-era past, with excursions to New York’s most historic points of interest. There will be two special tours held on the 4th, with the first embarking at 10am and the last at 1pm.

Race Around NYC With NYCRUNS

NYCRUNS will be hosting a Governors Island 5K, with awards given to the fastest participating runners. The event begins at 9am sharp, so don’t forget to stretch. If running a marathon doesn’t sound like the ideal start to your Independence Day, then leave your running shoes at home and come cheer on the participants. The event also features a ferry ride and will end with a celebratory party.

The 2016 Festival of Independence 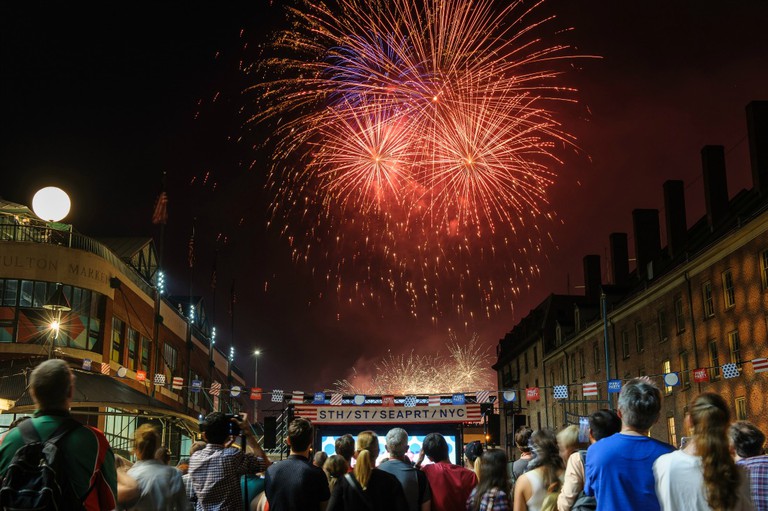 South Street Seaport 4th Of July | Image courtesy of Seaport District
Summertime is all about festivals, so the Seaport District NYC, the Howard Hughes Corporation, and VICEmusic and culture channel, ‘Noisey’, have teamed up to bring you the 2016 Festival of Independence. The celebration will be filled with food, music, and fashion to occupy your time before the big Macy’s fireworks show. Enjoy independent musicians on the Noisey stage, as well as family-friendly entertainment on Peck Slip, both starting at 1pm.

Embark on a Cruise

Building
Facebook
Email
Twitter
Pinterest
Copy link
Share
Circle Line Sightseeing Cruises offers a Best of NYC cruise showcasing New York’s most famous points of interest. Passengers get a glimpse of the city’s boroughs on three different rivers, with breathtaking views of NYC for people of all ages. Grab a seat on the outdoor deck or by the large windows inside the boat’s air conditioned space for beautiful views the Big Apple. 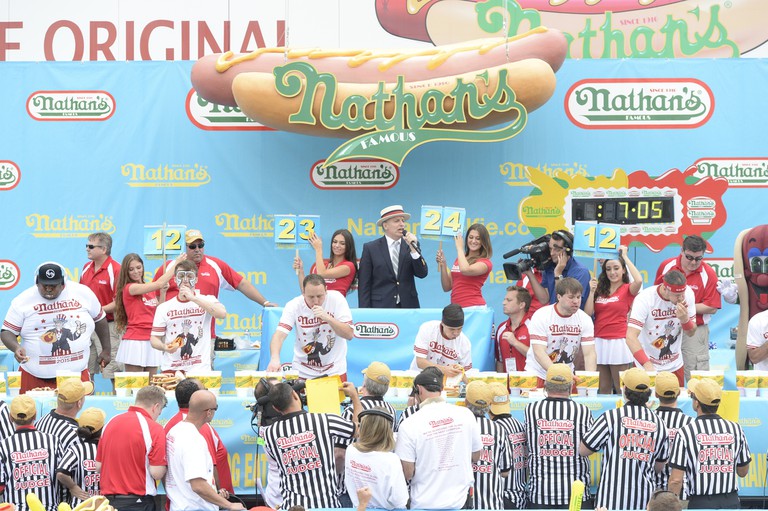 Nathan's Contestants | Image courtesy of Nathan's Famous, INC.
Independence Day is all about barbecues, and Nathan’s hot dog eating contest kicks it up a notch. Last year’s champions Matt Stonie and Miki Sudo are back to defend their title as Nathan’s Famous World Champions in honor of the contest’s 100th year anniversary. Not for the faint of heart or stomach, this is one very American event held at Coney Island. The contest will begin at 10am.

If you’re into keeping up with the latest trends in fashion and entertainment, then you’re in luck – the fourth is an ideal time for bargain hunters in NYC, as shops and stores across the city hold special Independence Day sales. Be sure to take advantage of the city’s best deals.
By Camille Fuller