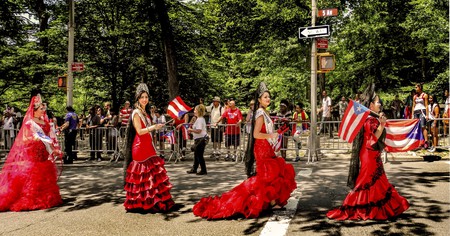 New York’s festivals and events attract vast numbers of people all year round. The city’s streets, parks and entertainment venues are often packed with revelers enjoying a variety of parades and celebrations.

Park
Facebook
Email
Twitter
Pinterest
Copy link
Share
Map View
Chinese New Year runs on the lunar calendar, so the date shifts each year – but it is always sometime in mid-winter. New Yorkers celebrate the occasion with a parade that weaves its way through Chinatown and Little Italy, replete with shimmying dragons and martial artists. Bring the whole family to Sara D Roosevelt Park for the continued festivities, which includes a fireworks display and performances featuring dancers dressed as the Chinese zodiac’s 12 animals. 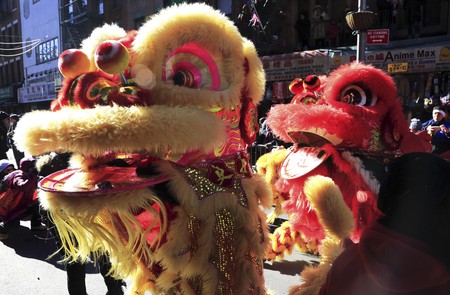 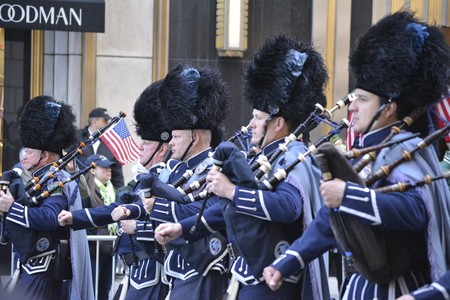 The luck of the Irish must have rubbed off on New York City, home to the largest and oldest St Patrick’s Day parade in the world. Every March 17, Manhattan’s Fifth Avenue comes alive with the chorus of bagpipes, the cheers of approximately 2 million spectators and enough green to make you forget it’s still winter.

Catch an independent movie at the Tribeca Film Festival 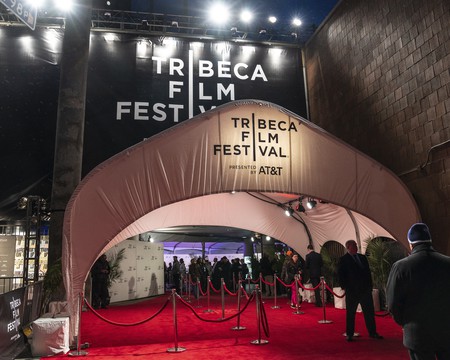 If there’s one event circled on every New York art aficionado’s calendar, it’s the Tribeca Film Festival. Showcasing a diverse collection of independent films, the two-week festival has grown since it first started in 2002 as a response to the September 11 terrorist attacks; it now spans much of Lower Manhattan, taking place in mid-spring every year.

Each May, art lovers make their way to Randall’s Island to attend the Frieze Art Fair. Similar to its London counterpart, Frieze New York brings together some of the world’s leading artists and galleries for a series of talks, performances and exhibitions. Although it’s slightly difficult to get to Randall’s Island (you’ll have to take the subway to a bus, drive a car or take a ferry), it is worth it in order to appreciate art away from the rush of the city. 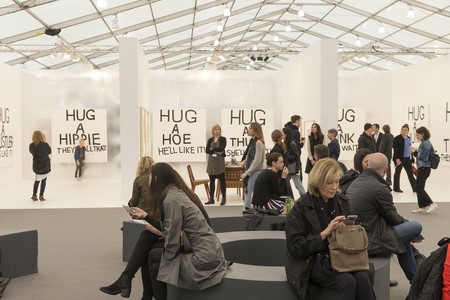 Park, Theatre
Facebook
Email
Twitter
Pinterest
Copy link
Share
Map View
The CityParks SummerStage features more than 100 different concerts and other performances across NYC. Many of the shows take place in Central Park, but Prospect Park, Forest Hills Stadium and the Ford Amphitheater also frequently host events. The series brings a variety of musical performers to the city – a reflection of New York’s diversity. All events are free of charge, although you might want to arrive early to make sure you get a ticket. 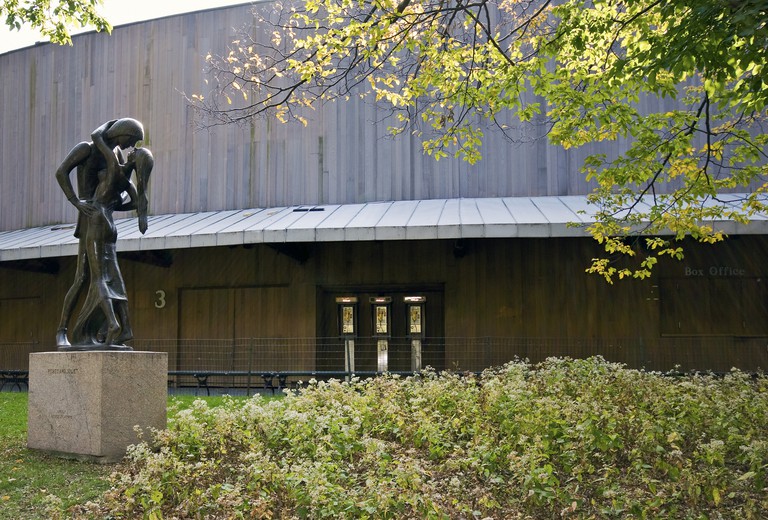 The Delacorte Theater hosts Shakespeare in the Park every summer | © Gregory Davies / Alamy Stock Photo
For more easy-on-the-wallet entertainment, you need only wait until summer for The Public Theater’s Shakespeare in the Park in Central Park. Over their near 60-year run, these free plays, which have starred talents including Meryl Streep and Denzel Washington, have attracted more than 5 million theater fans. The easiest way to get a seat is to wait in line at the park when tickets are handed out at noon, as you cannot reserve online. There is an online lottery, however, if you want to try your luck. 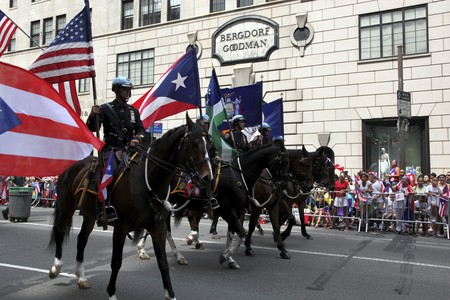 On the second Sunday in June, the National Puerto Rican Day Parade marches along Fifth Avenue, celebrating the people and culture of the Ireland of Enchantment. As one of the largest parades in New York City, it draws nearly 2 million spectators. A lot of celebrities attend the event, so keep your eyes peeled!

Wave your rainbow flag in the name of diversity, tolerance and inclusion at New York City Pride 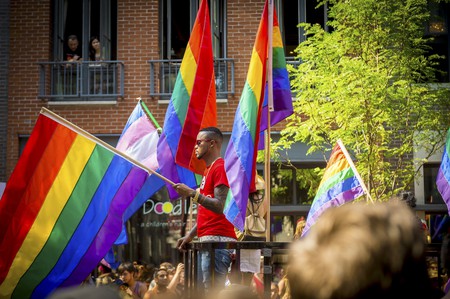 The biggest Pride celebration in the world has found a home in New York City, which culminates in an unforgettable parade filled with glitter, rainbow flags and larger-than-life wigs. Throughout July, the city plays host to a series of special events aimed at celebrating LGBTQ history, activism and art. To truly appreciate the struggles and progress of the LGBTQ community, head to Greenwich Village for a drink at The Stonewall Inn, especially since the storied bar bills itself as “the birth of Pride,” and the LGBT Center, which has been providing support to those in need for over 30 years. 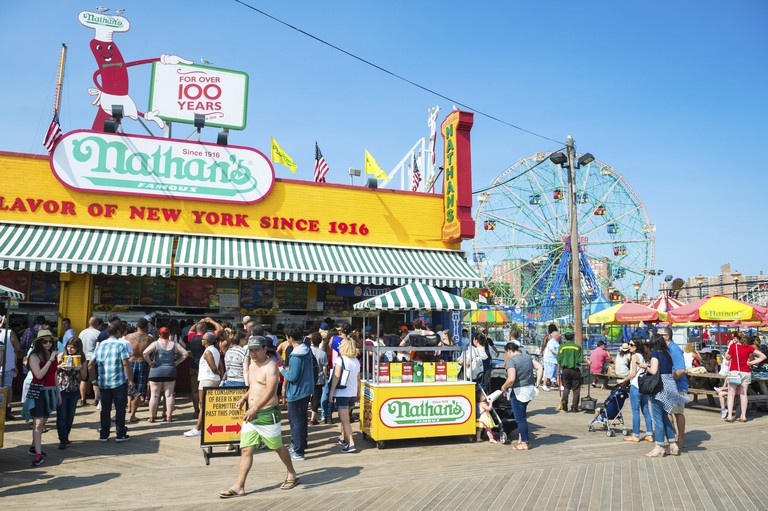 Nothing could be more American than a hotdog eating contest held on Independence Day. Take the Q train to Coney Island to watch competitors swallow hotdog after hotdog for a chance at the title and big-money prize. Joey Chestnut, a world-renowned competitive eater, broke the record in 2018 by eating 74 hotdogs in 10 minutes. Once the competition is over, stick around to watch the Fourth of July fireworks over the ocean – the perfect end to this summer holiday. 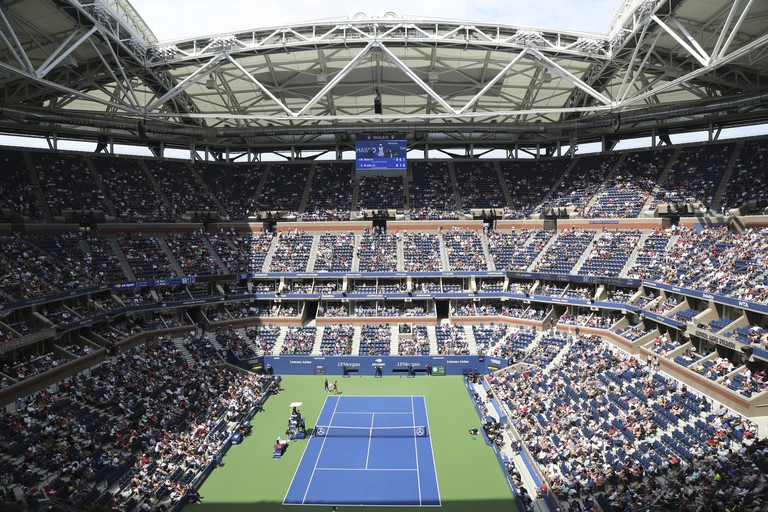 The US Open takes place at the Billie Jean King National Tennis Center | © Leonard Zhukovsky / Alamy Stock Photo
Starting on the last Monday in August, the US Open is the biggest tennis tournament in the country. The Queens-based competition is the modern version of the US National Championship, founded in 1881, making it one of the longest-running sports tournaments in the world. Around 700,000 people attend every year, and the fierce competition between players makes it a great spectacle for lovers of the game.

While not quite as famous as its San Diego counterpart, New York Comic Con is a must-visit for nerds and geeks of all stripes. The event, which is held in early October at the Javits Convention Center, features panels and special vendors spanning a multitude of fandoms, so no one will leave disappointed. Brooklyn Brewery makes a special celebratory India pale ale each year called the Defender, the official beer of the convention. 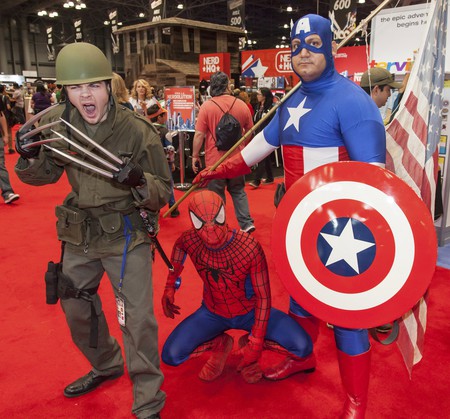 For thrills and laughs, head to the Village Halloween Parade 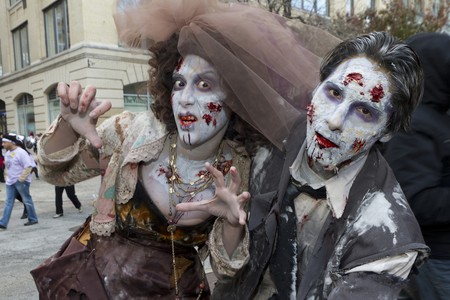 This annual October 31 event is all treats and no tricks. Don your most creative costume (they’re required) to march in New York City’s Village Halloween Parade. Expect to be joined by creepy puppets, marching bands and costumed New Yorkers. 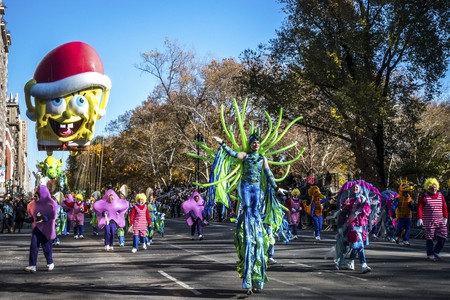 In New York City, Thanksgiving means only one thing: the return of the Macy’s Thanksgiving Day Parade. The parade, which attracts around 3.5 million spectators and over 20 million television viewers, features floats, marching bands, giant balloons and even an early appearance from Santa Claus. 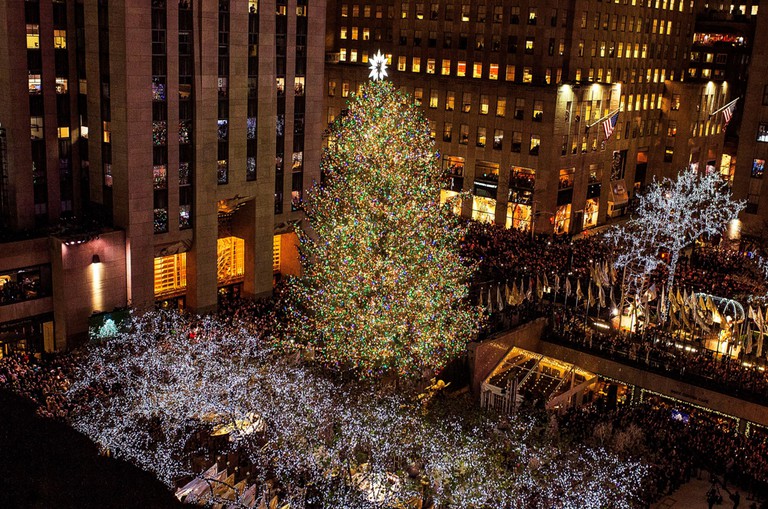 The Rockefeller Center Christmas Tree stays lit until after New Year’s Day | © AP/REX/Shutterstock
Shortly after Thanksgiving comes another holiday-related event: the Rockefeller Center Christmas Tree Lighting. Each year, thousands of people gather and millions tune in via television to witness the inaugural lighting of New York’s enormous, soaring evergreen. If you miss the big occasion, don’t worry: the tree remains lit until after New Year’s Day.

Party all night on New Year’s Eve in Times Square 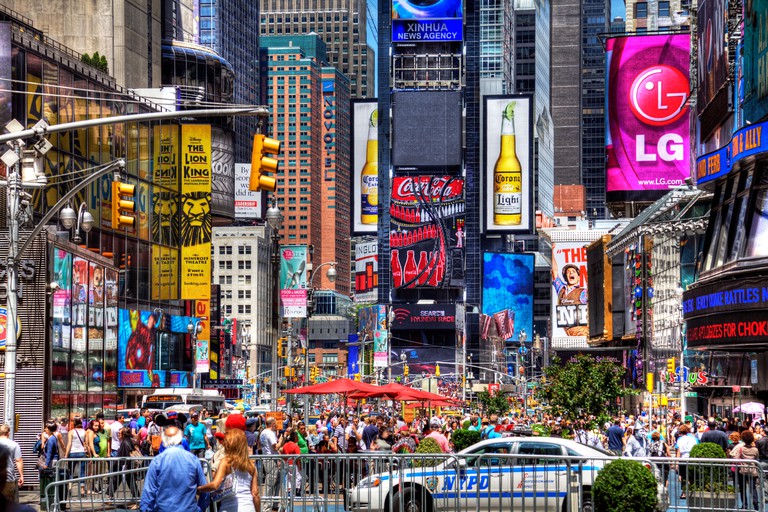 Times Square is a top tourist destination in NYC | © Paul Thompson / Alamy Stock Photo
Book Now
The New Year’s Eve celebration in Times Square is not for the faint of heart. Here, approximately 1 million people congregate beneath an 11,875-pound (11,873-kilogram) ball, whose descent is watched by more than 1 billion worldwide. The spectacle also features live performances, confetti and a crowd one-eighth the size of New York City’s total population.