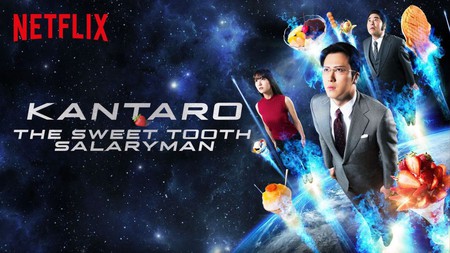 With The Great British Bake Off back gracing our screens with toppling towers of sponge and broken biscuits, there’s no better time to dig deep into the internet’s archive of great food TV and film. From shows about Japanese businessmen who love sweets to the documentaries about your favourite hot sauce, forage further than the Netflix homepage and look beyond celebrity chefs with this smorgasbord of films and TV shows about food.

There’s more to food on screen than cooking it; you can explore the ethics of eating meat, how food and love are entwined and how cooking can change lives with this selection box of treats. Culture Trip looked further afield to find the tastiest, most unusual meals and fictional food experiences.

This Japanese show is based on the manga of the same name, and explores a tiny diner in a packed part of Tokyo that’s only open at night. The owner and cook will make you whatever food you ask for, as long as you supply the ingredients, and his small, quiet shop becomes a place for the restless, weary and unhappy to put down their burdens. It’s a medidative watch, and will leave you hungry for someone to bring you noodle soup and listen to your problems. 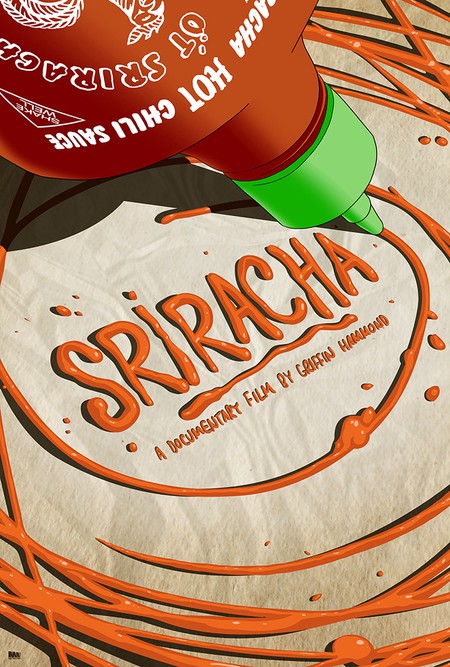 You shake it onto your eggs, douse leftovers with it and mix it with ketchup to spice up your chips, but do you know the origins of Sriracha? In this documentary, the story of one of the world’s most beloved hot sauces is revealed. Discover the Thai origins of the spicy condiment and meet the man who brought it to the US.

If you’ve ever attempted to recreate a cake you saw online and had it all go horribly wrong, ending up with nothing but a pile of crumbs and icing smeared across the ceiling, this is the show for you.

The premise is simple: three sets of amateur bakers are given an image of a beautifully rendered sweet, in the form of something like a 3D princess head crafted from icing. The bakers then try to copy this and inevitably fail catastrophically. Those who do best (or least-worst) win $10,000. It’s a simple concept, but is endlessly entertaining. Presented by comedian Nicole Byer, Nailed It! is a great way to reassure yourself that not everyone is as good at cooking as the people you normally see plating up food on TV. 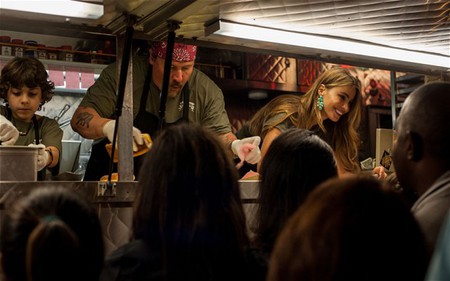 When a chef quits his job at a prestigious LA restaurant, he buys a food truck in an attempt to rediscover his love of creative cooking. In the process he cooks his way across America, rekindles his relationship with his son and even discovers himself again. Yes, it’s cheesy, but this film is a feel-good exploration of the restaurant and street food industry, and a sobering look at how social media has changed cooking forever.

The first major film based on a blog, this charming tale follows the lives of two women – Julia Child (Meryl Streep), the woman who brought French food to America, and Julie Powell (Amy Adams), a New Yorker stuck in a dead end job desperately looking for something to give her life meaning. She finds it when she decides to cook all 524 recipes from Child’s famous cookbook Mastering the Art of French Cooking, writing about each one on her blog. Streep is captivating as Child and there are plenty of kitchen scenes that will leave you hungry for rich French food. 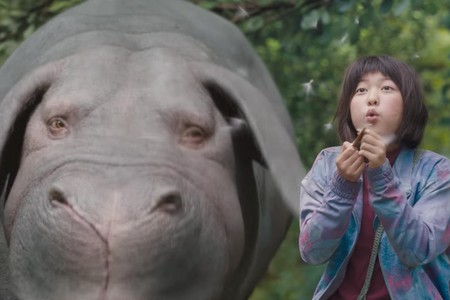 A quirky offering that offers a close look at the meat industry, this film follows a strong-willed 10-year-old South Korean girl fight to keep her best friend, a giant “super pig”, out of the sausage machine. While it initially seems like the classic kid-animal adventure tale, it carries real weight and will make you think about what’s on your plate.

When Tita, a family’s youngest daughter, is forbidden from marrying her true love Pedro because she has to care for her ailing mother, her heart is broken. After he marries her older sister, Tita discovers that she can imbue her cooking with her emotions, meaning that everyone who eats her food comes to feel the same intensely sad longing she does for Pedro. Cookery and love take on the same sensual, glossy sheen in this Mexican film, whose melodrama provides the perfect distraction as you comfort-eat an entire family-size pizza on a hungover sunday.

This strange, sweet show follows the adventures of a Japanese businessman named Kantaro. The plot is simple: Kantaro is out of the office completing a work assignment in double-quick time so that he can secretly head off to do his favourite activity – eating desserts.

The suited office worker arrives at a Tokyo restaurant, takes a bite of a delicious-looking sweet and is immediately transported into a hallucinogenic dream sequence about the tastiness of the food, often involving his head transforming into a melon or some other unlikely foodstuff, or dancing under a stream of sticky syrup. His dessert life is a secret from his co-workers. It’s bizarre and will make you hungry for delectably crafted Japanese puddings.

Make sure you have some sweet snacks when you settle down to watch this, otherwise you’ll be left drooling at the mouth-watering confections shown on screen. Set in a small French town in the late 1950s, it follows the events that occur after single mother Vianne (Juliette Binoche) and her daughter Anouk (Victoire Thivisol) open an extraordinary chocolate shop at the start of Lent. Vianne magically knows everyone’s favourite chocolates, so business is good – until it isn’t. 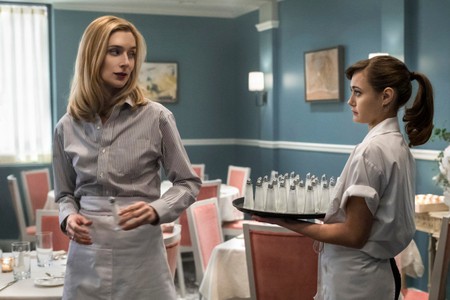 Become immersed in the sweaty, sweary and drug-fuelled restaurant industry with Tess, a newcomer to New York City who arrives with no ambitions other than to get a job. She’s quickly fascinated with tasting expensive wine, sleeping with her co-workers and learning exactly what makes food taste good. Wide-eyed, she’s intoxicated with this new world – as will you be, as you wonder exactly what’s going on behind the swing doors of your favourite restaurant.