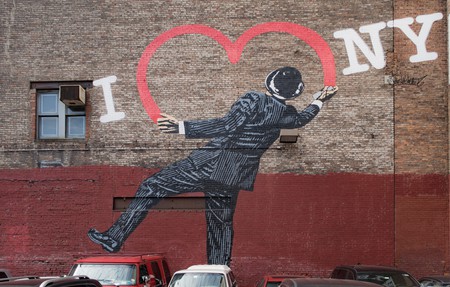 More iconic than yellow cabs or even the blue and white beacon of an Anthora cup, the “I Love NY” logo is an internationally recognized symbol of this dreamy city that never sleeps. Like any New York narrative, the logo’s story is sure to surprise, intrigue, and inspire you. As if you needed one more reason to love New York, read on to discover 10.

The famous heart-centric logo came to be during a period when New York wasn’t so easy to love. In the 1970s, the city was bankrupt, experiencing an increase in crime rates, and was the site of rampant drug use—not exactly an appealing attraction for out-of-towners. In a last-ditch effort to save the state, the government hired an advertising agency who created a campaign featuring the now-famous logo. 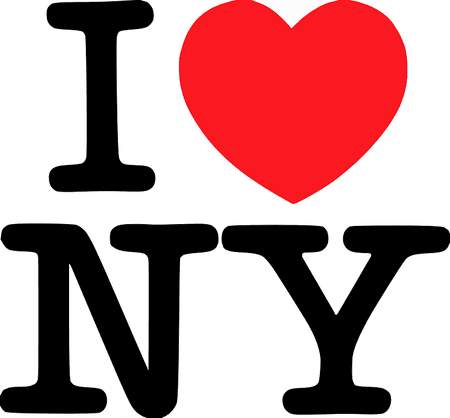 Have you ever noticed that this city-associated logo refers to “NY” and not “NYC”? That’s because the campaign was actually created to boost New York State tourism. While it’s come to represent New York City to viewers around the world, the logo is, in fact, trademarked by the New York State Empire State Development group and is still used in state-oriented campaigns today.

Advertising agency Wells Rich Greene was the mastermind behind the “I Love New York” marketing campaign. And who was the leader of this firm? One Mary Wells Lawrence, the agency’s founding president and the first female CEO of a New York Stock Exchange-listed company. By 1969, Lawrence was reportedly the advertising industry’s highest-paid executive. As the mind behind the “I Love New York” slogan and the famous Emilio Pucci-Braniff International Airways collaboration, it’s easy to see why. 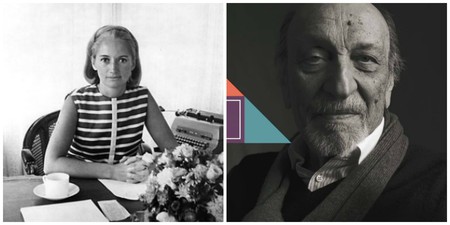 This world-famous logo was designed by an advertising industry newcomer

To design the campaign’s logo, Wells Rich Greene tapped American graphic designer Milton Glaser. A talented and forward-thinking creative, Glaser had designed record sleeves, book illustrations, and posters (most notably for the artist Bob Dylan), but he had no experience with advertising campaigns of this nature. Ironically, Glaser’s first state campaign is one of the most successful in the industry’s history.

In the tragedy’s wake, the values of unity and solidarity took center stage in local and national discourse. To symbolize these ideals, Glaser created a new version of the logo, this one declaring: “I Love New York More Than Ever.” Glaser’s update, which featured a similar design, included a black, bruise-like spot on the heart’s lower left side to represent the fallen World Trade Center. 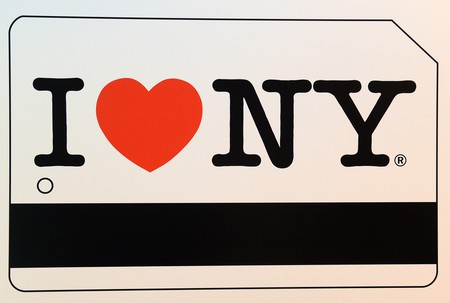 Legend has it that Glaser conceived the logo’s design while doodling in the back of a cab. A torn envelope bearing the designer’s rough sketch is on display at New York’s renowned Museum of Modern Art, where it exists as part of the museum’s permanent collection. What’s more is that Glaser designed the logo, which now reportedly generates approximately $30 million annually in merchandise, free of charge, never collecting a dime of its profits.

The designer’s work can be observed across New York City

It should come as no surprise that Glaser has a record of creating New York-centric work. From the masthead of New York Magazine (which he helped found in 1968) to designs for Carnegie Hall, the Rubin Museum, and more recently, ads for the mid-century-set Mad Men, Glaser has certainly left his mark on the city.

As part of the “I Love New York” campaign, a song by the same name was created for television and radio use. Crafted by American composer Steve Karmen, who also counted Pabst Blue Ribbon and Wrigley’s Spearmint Gum amongst his clients, the tune became the official anthem of New York State in 1980. Following in Glaser’s altruistic footsteps, Karmen gave up the rights to the song for free.

Originally, the “I Love NY” campaign didn’t include a logo at all

The campaign, comprised of only a slogan and jingle, was released in 1977. TV spots featuring the saying and song, along with Broadway stars such as Patti LuPone and Angela Lansbury, began making the rounds before Glaser completed the campaign’s iconic logo. 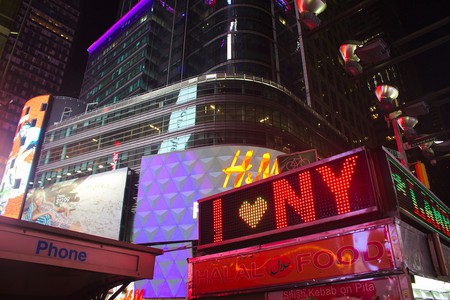 The campaign went toe to toe with another New York institution

A year after its release, NBC’s iconic Saturday Night Live poked fun at the now-ubiquitous campaign. Bill Murray, Dan Aykroyd, and John Belushi all appear in the infamous sketch, which depicts the founders of the Biblical town of Sodom conceiving their own campaign entitled, you guessed it, “I Love Sodom.” A copyright infringement suit was filed against the show, eventually resulting in a “not guilty” verdict.