Andy Warhol was far more than his iconic soup cans; he was fundamental in building New York City culture. We pay homage to the great Pop Artist with ten fun facts about his life. 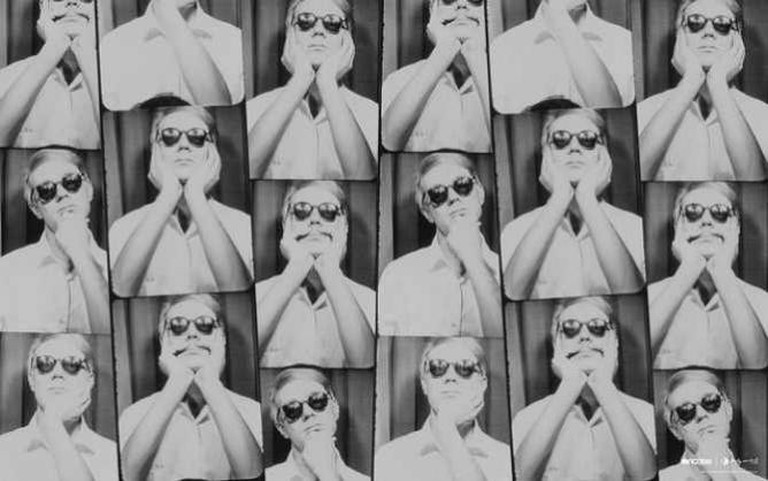 Warhol Photobooth | © Incase/Flickr
Andy Warhol was emblematic of the rich artistic culture in New York City. He lived in New York for most of his life, and he certainly transformed and was transformed by the Big Apple. But he was actually from a small neighborhood in Pittsburgh, and raised by two Slovakian parents. He was raised a Byzantine Catholic; and in fact, he’s buried in the St. John the Baptist Byzantine Catholic Cemetery in Bethel Park, Pennsylvania – a homage to his heritage and his religion.

The Child of Two Artists

When he was eight years old, Warhol contracted chorea. The disease left him bedridden and in need of his mother’s care. Julia, Andy’s mother, gave her son his first art lessons as he lay in bed. When his father Ondrej passed away, a young Andy Warhol was given an endowment that allowed him to enroll in Carnegie Institute for Technology. He graduated with a Bachelor of Fine Arts in 1949. 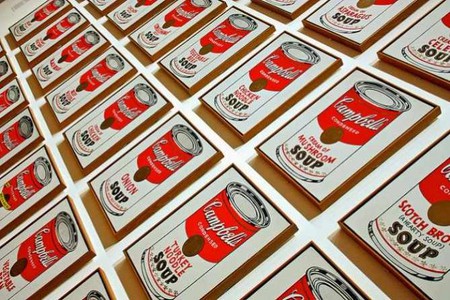 It’s hard to believe that Andy Warhol was a classically-trained artist; at the Carnegie Institute for Technology, he was met with some opposition by professors who did not always approve of his unique style. In fact, he had to do extra work over the course of one summer to remain at good academic standing. As a fine artist, he met great success. He was thrilled by the cultural life of NYC, and he made a name for himself as a fine artist. He traveled around the world to places like Japan, India, Italy, Egypt, and Cambodia, but this made him realize that his art ambitions were beyond commercial art; at this point, he began to move more toward the iconic style we know of today. 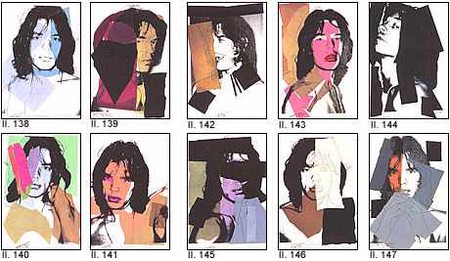 There Were Three Factories 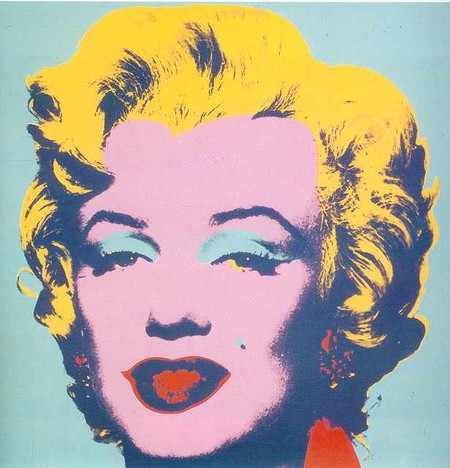 Andy Warhol was king of the Pop Art movement, and his piece titled Marilyn Diptych is emblematic of this movement. First, he used an image that had already existed; he did not draw the picture or take the photograph himself. In fact, the photo came from a press release. Next, Warhol’s pop art showed rejection of the overriding system of art. The picture was not his, and he took no steps to make it perfect. Some of the colored Marilyns are off, and many of the black-and-white Marilyns are distorted. In this sense, Warhol’s art shows that he straddled the fine line between creative modifier and artistic genius. 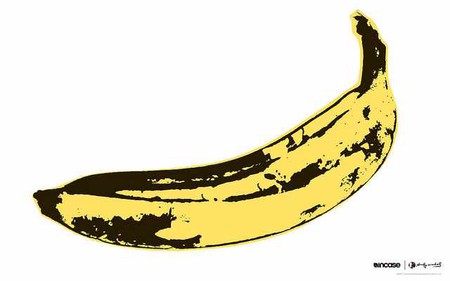 He Was An Integral Part Of Drag Culture

In the 1960s when drag queens were still very much on the periphery, Warhol began to think about them in new ways. Drag queens were frequent visitors at his Factory, and they became an integral part of his art machine. They were no longer seen as freaks, but rather incorporated into the artistic movement brewing at the Factory. In fact, Warhol posed in drag a number of times in photographs. Warhol brought drag queens from the outskirts into the center of the new burgeoning art world. 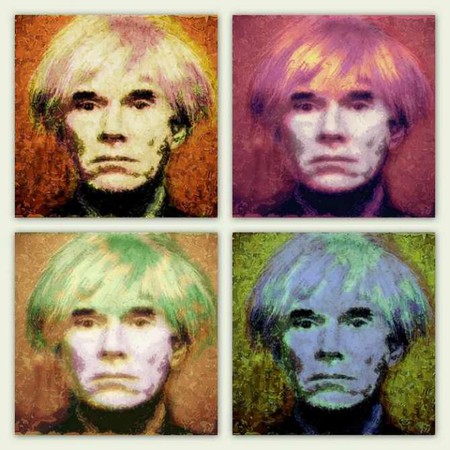 Not exactly what you expected, right? After seeing some of his highly sexualized art, it seems impossible that this overtly-sexualized person lived until he was 58 without having sex. For example, in one of his films, Blow Job (1964), the camera is zoomed in on DeVeren Bookwalter. The film only shows his face and has no sound, but Bookwalter’s face and expressions matches with the film’s title. Nonetheless, Warhol himself claims that he had never had sex. 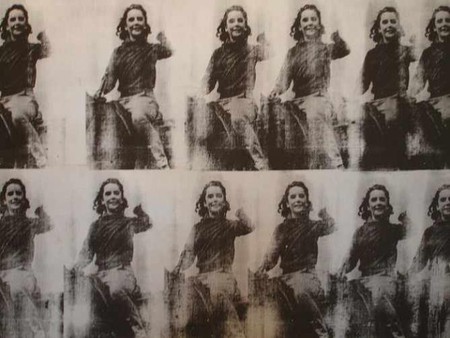 He Was The Victim Of Attempted Murder

Valeria Jean Solanas, a radical feminist, wrote a notorious work, SCUM Manifesto, which urged women to break the government and destroy men. In the 1960s, she approached Andy Warhol with a script for Up Your Ass, which he later stole or lost. As compensation, Warhol cast her in his film, I, A Man. In the late 1960s, she grew more paranoid about her work. On June 3, 1968, Solanas entered the Factory and shot Warhol. She ended up turning herself in afterwards, and she was treated for paranoid Schizophrenia. Warhol was kept in a New York hospital for weeks after to recover. 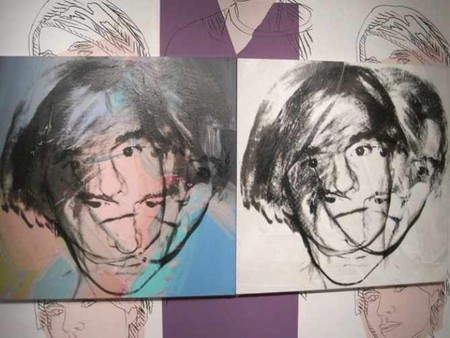 Andy trying to figure himself out | © Kim/Flickr

After his brush with death in 1968, Warhol became more reserved and concerned about his life. He was having financial problems with the IRS, which also led to his obsessive behavior. Thus, he began the arduous activity of dictating little moments from his life: the mundane, the semi-important, and the utterly unimportant. He had assistants transcribe 3,400 audiotapes with these small bits of information. In 1987, a section of these transcriptions were published in The Warhol Diaries. The events of the book span from November 24, 1976 to February 17, 1987 and end just a few days before Warhol’s untimely death. In the end, editors created a book of about 800 pages out of more than 20,000 pages of source material. 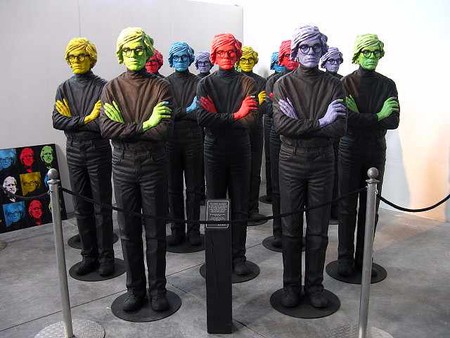 He Left Us The Andy Warhol Foundation for the Visual Arts

Building
Facebook
Email
Twitter
Pinterest
Copy link
Share
When Andy Warhol died on February 22, 1987, the art world where he had been recognized as an innovator was hit hard. Warhol left a few items to his family, but for the most part he donated his estate to the arts. Thus, the Andy Warhol Foundation for the Visual Arts was established to foster the growth and development of creative arts. The foundation offers grants to artists seeking to have their work exhibited. Warhol has continued to play a role in the arts long after his death.
Give us feedback