10 Rising Artists You Need to Know in New York City 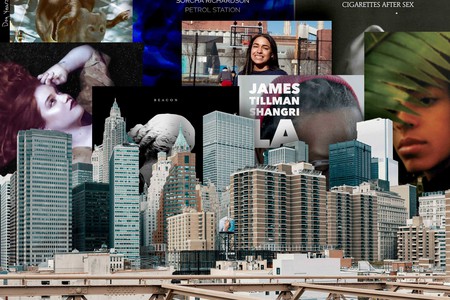 With innumerable acts popping up in and swinging through New York on tour, it can be extremely difficult to keep tabs on who’s who in the NYC music scene. In an effort to cut through the noise, Culture Trip has selected 10 of the city’s hottest acts, which should be on your playlists and on the bill of the next gig you attend.

He might only have one song to his name, but as we’ve seen before, the strength of a single can propel an artist to great heights in the music industry. SNNY’s “Young Boy” feels like the crossroads between your dad’s classic rock obsession and the latest blend of indie hip hop; it’s a boundary-less record. You can bet that the Ivory Coast-born artist’s debut EP, Learning To Swim, will be just as impressive.

With the release of her Now That The Light Is Fading EP, Maggie Rogers has stepped beyond the NYU student who once made Pharrell Williams cry. From the electro-nature rhythms of debut single “Alaska” to the brooding pop of “Dog Years,” there’s no denying that Rogers is the real deal.

If you’ve binged Netflix’s Dear White People, you might have caught James Tillman’s “Casual Encounters” during the eighth episode. If you’re looking for some smooth R&B and soul tunes chock-full of sexy falsettos and jazz-influenced rhythms, Tillman’s Silk Noise Reflex is your new jam.

Kelsey Lu has been a Culture Trip favorite ever since she released her EP Church in 2016. Throughout its six tracks, Lu proves that less can indeed be more; its moments of absence are just as important as those when her vocals and cello take charge. There is nothing else out there quite like Lu’s music; all we can do is wait for the next chapter.

With seductive, R&B vocals and atmospheric electronic production, Brooklyn duo Beacon has always worked between bringing the party and exploring the dark spaces that exist within all of us. Their most recent release, “Marion,” may be their most precise output yet, pairing a carefully pulsing beat with hammered dulcimer melodies that thoughtfully tag-team with Thomas Mullarney III’s glassy croons.

Hailing from Dublin, Ireland, Sorcha Richardson’s bedroom electro-pop is the brand that you immediately feel akin to. Lyrics like, “The worst week makes the best weekend / And everything is better / Because I’m with all my friends / Some suburban kids just getting drunk out in the garden,” from her track “Petrol Station” feel like memories of our own, her voice like a friend’s we haven’t seen since high school. With new music due soon, expect Richardson’s profile to grow exponentially.

Sometimes you release an EP that receives little attention, and then, magically, four years later, its tracks rack up tens of millions of views. Such is the case for El Paso-transplants Cigarettes After Sex, who are preparing to release their debut record next week. Featuring ghostly vocals and fragile dream-pop melodies, the group’s music feels like falling into a pool in slow motion, and is perfect for overcast skies and solo waltzes (if you have a significant other, a slow dance works too, depending on the track).

There’s a reason Anna Wise has been featured on every Kendrick Lamar release since Good Kid, M.A.A.D. City: she’s that damn good. As we’ve mentioned before, Wise’s The Feminine: Act II is 2017’s most underrated album so far, and her live performance is one of the year’s must-see acts.

Granted, Will Holland, aka Quantic, is by no means a new name on the market; he’s been producing tunes full of Latin American, soul, funk, and jazz elements since 2000. However, his most recent album, Curao, a shared effort with longtime collaborator Colombian vocalist Nidia Góngora, is far too magical to leave to the underground. For proof, listen to standout track “Ñanguita.” The track opens with splashes of marimba and jabs of strings, Góngora’s vocals following closely. As Góngora quickly builds up harmonies, Holland’s bouncing bass drops in, and the rest is one big dance party.

To put it simply, Princess Nokia is tough as hell. “With my little titties and my phat belly / I could take your man if you finna let me,” she raps on “Tomboy,” and on track “Brujas” she proudly declares herself and her friends “ghetto witches.” Even if someone wanted to slow Princess Nokia’s ascent, they wouldn’t be able to take the heat.