10 NYC-Based Women Writers You Should Know 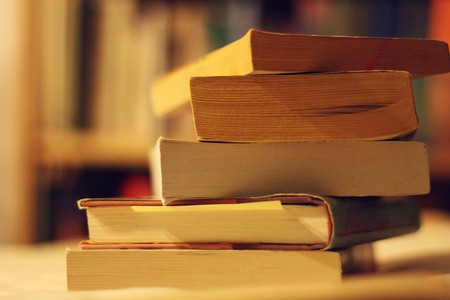 When people read books, they submerge themselves in the mind of the writer. Each page and every word lends itself to the creation of a worldview that may challenge understanding of surrounding world. These women writers lend their unique perspectives to the stories they’re telling.

Sloane Crosley’s 2008 collection of essays, I Was Told There’d Be Cake, thrust her into the upper-echelons of comedic literary giants, placing her alongside the likes of David Sedaris. It became a finalist for The Thurber Prize for American Humor, singling her out as a master of her craft. Using her sense of humor as a balm to soothe the frenetic and ever-complicated maze of life as a 20-something, she reminds her readers that they’re not alone. Her debut in fiction, The Clasp, became a national bestseller and a New York Times Editor’s Choice. 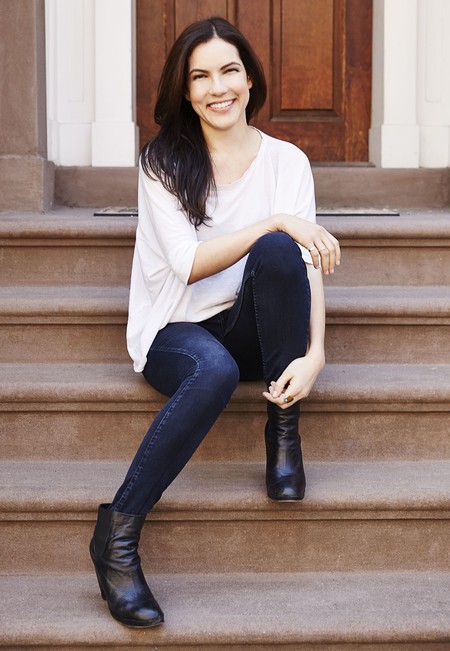 Born in NYC, Emma Straub began her literary career with Other People We Married — a collection of short stories that defined her as a writer who reveled in the small moments of human-to-human interaction. Her second novel, The Vacationers, became a New York Times Bestseller. A meditation on the parts of ourselves we keep private, and on the secrets we hoard that inevitably bubble to the surface, The Vacationers weaves together a story of a family that is forced to confront their demons and evolve. Her new novel, Modern Lovers, will be released in May 2016. 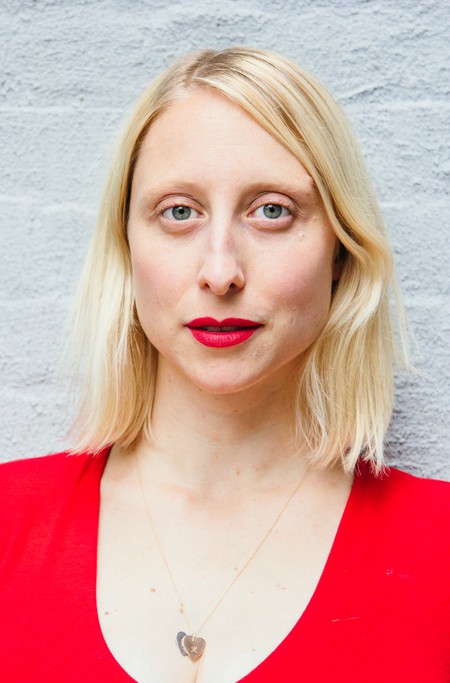 Amy Waldman spent eight years working as a reporter for the New York Times before publishing her debut novel, The Submission, in 2011. It chronicles the members of a jury convened to choose a memorial for the victims of 9/11 and who unwittingly vote for a submission from an American Muslim. Waldman grapples with national grief and reconciliation after an unimaginable loss all the while maintaining an empathetic understanding for conflicting perspectives. Her novel was met with critical acclaim, becoming a recipient of the American Book Award and a finalist for the Hemingway Foundation/PEN First Fiction Award. 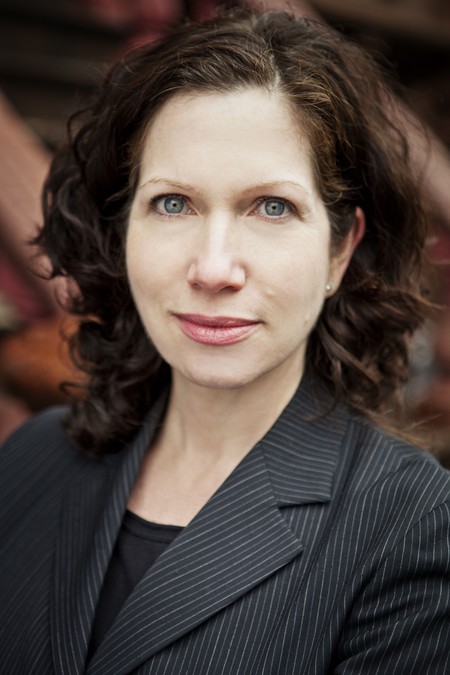 Born in Shanghai but raised in New York, Jenny Zhang graduated from the prestigious Iowa Writers’ Workshop and went on to publish two collections of poetry: Dear Jenny, We Are All Find and HAGS. A frequent contributor to Rookie, her poems, essays and short stories are refreshingly unapologetic. She embraces the intensity of her emotions, the grossness of the human body (farts and all), her sexuality, and her encounters with racism with such unguarded vulnerability that it’s hard not to notice this up-and-coming literary force. 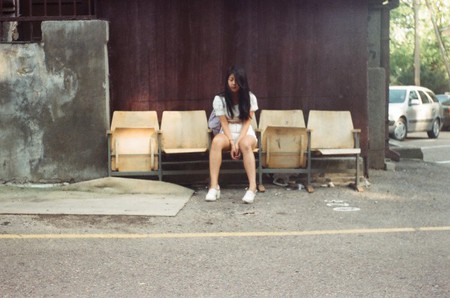 Though she became a household name for her blockbuster hits Sleepless in Seattle, You’ve Got Mail, and Julie and Julia, Nora Ephron was a prolific writer off the silver screen. Her debut novel, Heartburn, tackles the heartbreak that comes with infidelity and divorce. Her witty prose and candid reflections on everything from motherhood to pretentious restaurants made her collections of essays, I Feel Bad About My Neck: And Other Thoughts on Being a Woman and I Remember Nothing, national best sellers. In each, she embraces the pitfalls of growing older, struggles with the pressures of being a lady, and muses over what she’ll miss dearly (and what she won’t) when she’s gone. 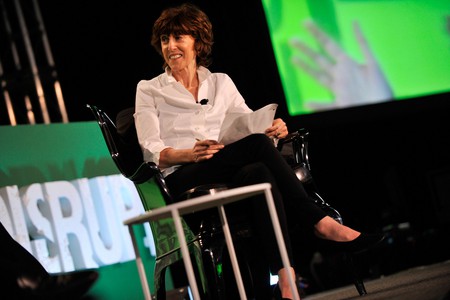 A.M. Homes‘s most recent novel, May We Be Forgiven,won the Women’s Prize for Fiction in 2013. Her earlier works include The End of Alice, an unsettling novel that delves into the mind of an imprisoned pedophile and his nineteen-year-old correspondent, and Music for Torching, a novel that explores the all-too-real feeling of looking back on a life that seems to have already come and gone. Her wide-ranging subject matter, coupled with her willingness to fully immerse herself in the mind of her characters, has made her a lauded writer, receiving fellowships from the John Simon Guggenheim Foundation and The National Endowment for the Arts. 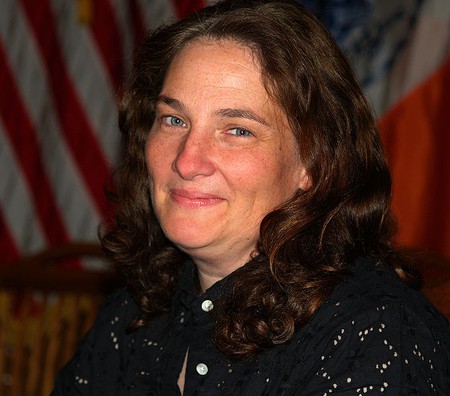 Nicole Krauss is a formidable writer whose work is praised for its ingenuity and timelessness. Her second novel, The History of Love, became an international bestseller, was translated into 35 languages, and won the Saroyan Prize for International Literature. Her third novel, Great House, was a finalist for the National Book Award and the Orange Prize. Sometimes weaving together multiple narratives, Krauss reminds us of the experiences and feelings that bind us together in the face of our differences. 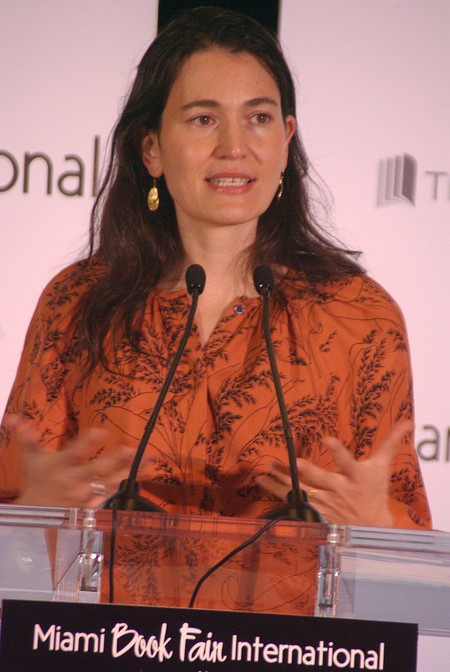 Born and raised in NYC, Cynthia Ozick’s short stories and novels have received numerous accolades, including the Guggenheim and National Endowment for the Arts Fellowship and the Rea Award for the Short Story. Her sixth and final novel, Foreign Bodies, is a reimagining of Henry James’s The Ambassadors; James has served as a source of inspiration and influence throughout her writing career. Of Jewish-American descent, Ozick’s stories are also deeply reflective of her heritage and culture. Her short story ‘The Shawl‘ describes a mother and daughter struggling to survive in a concentration camp during the Holocaust. It is considered a seminal piece of Holocaust literature.

Audre Lorde used her poetry as a way of asserting her identity as both a lesbian and an African American woman. She ruthlessly addressed the sexist, racist, and homophobic injustices of her time, advocating for a celebration and recognition of difference that would lead to societal growth and improvement. Her poetry brims with intense emotion and anger over the lack of social equality and justice she witnessed and endured. Her poem ‘Power,‘ about a police officer who was acquitted after shooting a young African American boy, is as relevant today as it was when she wrote it.

A master of the short story, Grace Paley has received numerous honors, including the Guggenheim Fellowship for Fiction, the Edith Wharton Award, the Rea Award for the Short Story, and the PEN/Malamud Award. Her two collections, The Little Disturbances of Man and Enormous Changes at the Last Minute, showcase subjects who escape clichés and stereotypes in favor of complex, ever-evolving characters. Her tender handling of race, gender, and class relations and her unpretentious diction have given her staying power in the American literary canon.
By Jordan Hanson

After graduating from the University of Hawaii at Manoa with BAs in English and Women Studies, Jordan moved to New York to pursue her MFA in creative nonfiction. She likes a little coffee with her milk, orange tabbies, and tropical humidity.