10 Novelists And Poets From New York 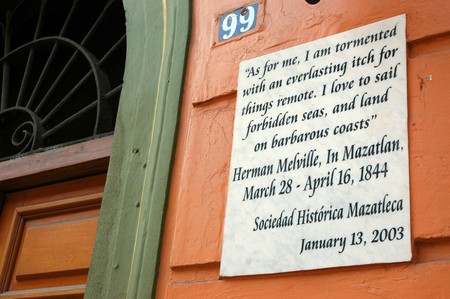 "As for me, I am tormented with an everlasting itch for things remote. I love to sail forbidden seas, and land on barbarous coasts." Herman Melville, In Mazatlan, March 28 - April 16, 1844, Sociedad Historica Mazatleca, Mexico | © Wonderlane

New York is, and has always been, a fertile breeding ground for creative talent. Throughout history, the world has received works of literature born from the minds of great New Yorkers. 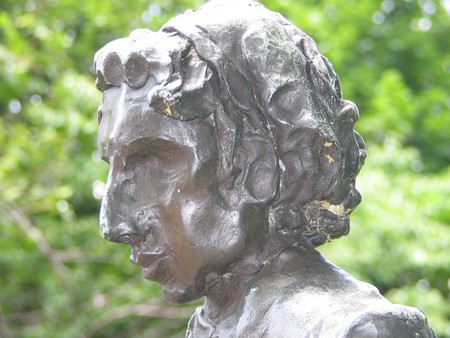 Though her name may not be immediately recognizable, Emma Lazarus’ words should strike a chord with any New Yorker. Lazarus was born into a wealthy Jewish family in Union Square in 1849. Throughout her literary career, she published books of poetry, one novel, and writings in various literary publications. She was a fixture of New York’s intellectual, artistic, and elite social circles. Lazarus wrote New Colossus in 1883 for an auction to raise money for the Statue of Liberty’s pedestal. Sixteen years after Lazarus’ death, the poem was engraved in the pedestal as a memorial. 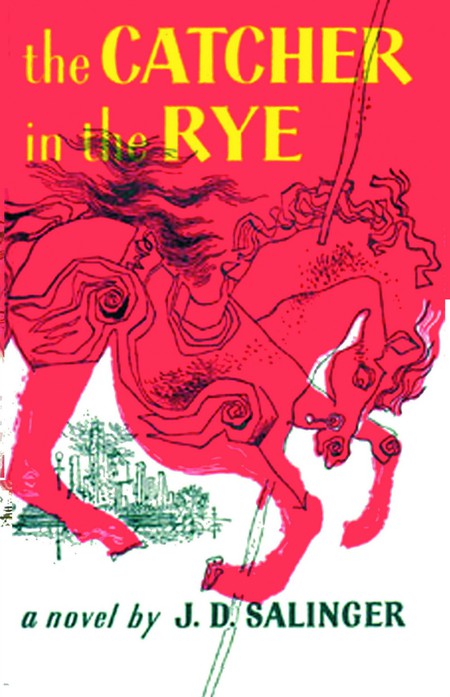 In J.D. Salinger’s most notable piece of work, The Catcher in the Rye, he writes about New York’s home-like qualities. Salinger himself was born in Manhattan in 1919, and though he chose to live out his life in the secluded woods of New Hampshire, the streets of New York figured prominently in his life and work. In Catcher, the main character Holden Caulfield strolls through many routine landmarks dear to Salinger himself, including Central Park, attending a show at Radio City, and reminiscing about his childhood in the Museum of Natural History. In addition to his classic novel, Salinger also published many stories in The New Yorker. 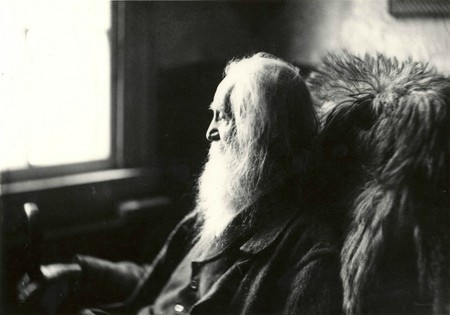 After growing up on Long Island, Walt Whitman got his start on the island of Manhattan as a journalist. Whitman wrote for many Brooklyn and Manhattan-based editorials until 1855 when he published the first version his world-renowned book of poetry, Leaves of Grass. The places and people of New York City were a source of inspiration for many of Whitman’s poems. In poems like ‘Mannahatta’, Whitman uses beautifully constructed lines of poetry to describe the city’s ‘numberless crowded streets–high growths of iron, slender, strong light, splendidly uprising toward clear skies,’ with ‘a million people–manners free and superb.’ Admirers of Whitman’s work can still visit his Long Island birthplace, which houses many poetry readings, children’s activities, and educational programs. 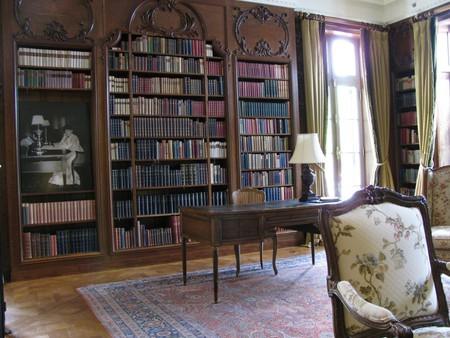 Edith Wharton was born in Manhattan to two very distinguished families of ‘old’ New York. Her father’s surname was Jones, and widely believed to be the inspiration for the phrase ‘keeping up with the Joneses.’ Wharton’s posh, structured, and sheltered upbringing among the aristocratic families of the Washington Square Park area at the turn of the century greatly influenced her work, most noticeably her novels, The Age of Innocence and The House of Mirth. These novels capture many aspects of the upper class society that Wharton grew to scorn. Though she eventually moved out of New York, the city and surrounding areas of the state were an integral part of Wharton’s work.

"As for me, I am tormented with an everlasting itch for things remote. I love to sail forbidden seas, and land on barbarous coasts." Herman Melville, In Mazatlan, March 28 - April 16, 1844, Sociedad Historica Mazatleca, Mexico | © Wonderlane

Melville’s father was a successful importer and merchant in Manhattan, but the family’s fortune took a turn in the 1830s after his father’s sudden death. Responsibility to provide for his family forced Melville to take a job on a ship that sailed from New York to Liverpool, England. Melville spent many years at sea and, upon his return to land, turned his experiences into literary masterpieces, as seen in his epic novel Moby-Dick. Along with his writing and sea voyaging adventures, Melville spent twenty years as a customs inspector on the docks of New York City. In the 1980s, a plaque at 104 East 26th Street was dedicated to mark the location where Melville and his family lived while he wrote Billy Budd and other works. Although, Melville’s novels and poetry did not earn him financial success or fame during his lifetime, today his work lives on in our shared cultural conscience.

Henry James was one of America’s most prolific writers. Though he lived much of his life abroad, and even became an English citizen, the influence of his American upbringing in New York City is evident in his work. James and his family were part of the elite society of wealthy families surrounding Washington Square. James wrote the novel, Washington Square, about a young woman dealing with the struggles of courtship. Tired of the harsh winters of New York and New England, James moved abroad in his twenties. The dichotomy of American versus European life is a prevalent theme in his novels and stories. In one of his later publications, New York Revisited, James writes of his impression of the city upon returning home at the turn of the twentieth century.

Joseph Heller was a Brooklyn boy, born in Coney Island in 1923 to Russian-Jewish immigrant parents. Educated at New York’s top institutions, NYU and Columbia University, Heller went on to teach English at Pennsylvania State University. Heller is known for his satirical World War II novel Catch-22. which he wrote while employed as an advertising copywriter. Heller’s own experience as a fighter pilot in World War II had some influence on his writing in Catch-22. However, in his autobiography, Now and Then: From Coney Island to Here, Heller dives deep into his childhood memories of Coney Island’s boardwalk and Nathan’s hot dogs. 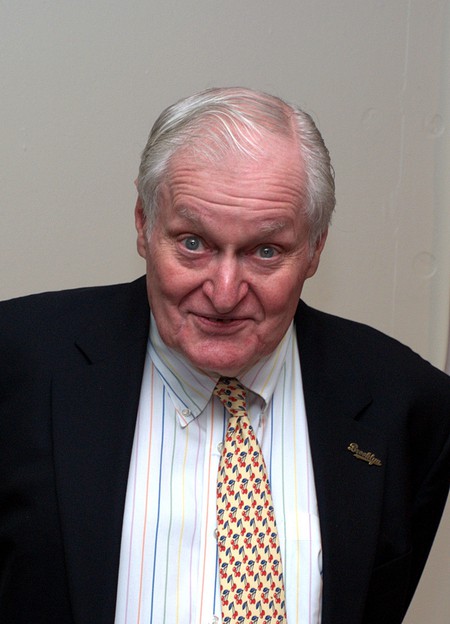 John Ashbery dipped his pen in the literary and art world of New York City. Born in Rochester, New York in 1927, Ashbery spent most of his life in New York. After studying for a brief period at NYU, Ashbery earned a masters degree from Columbia University. His postgraduate life included a stint as a New York City copywriter and then some time abroad. In 1975, Ashbery became the art critic for New York magazine, critiquing and socializing with artists like Andy Warhol for five years, all while writing his own poetry. Ashbery has had a critically successful career, winning major awards including the Pulitzer Prize For Poetry for his collection Self-Portrait in a Convex Mirror.

Though he was born in New Orleans, Truman Capote and his works take place largely in the social and literary scene of mid-century New York City. Capote first moved to New York City as a child with his mother in 1933, and returned later to work in Manhattan as a copyboy for The New Yorker. After quitting his job to focus on writing, Capote found success publishing various short stories and novels. One of his most popular books, Breakfast at Tiffany’s, is an iconic New York story inspired by the socialites with whom Capote surrounded himself. 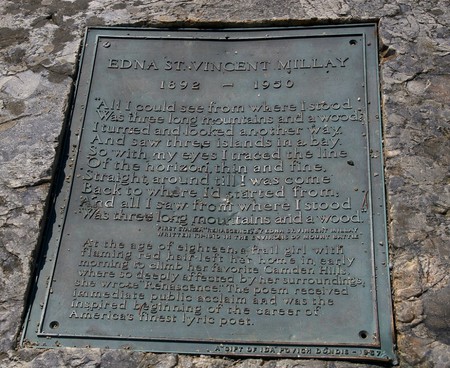 Another transplant from outside of New York, Edna St. Vincent Millay embodied the bohemian artist life in Greenwich Village in the 1920s. Her home was at 75 1/2 Bedford St, one of the narrowest houses in New York City. The location is now home of a plaque in honor of the Pulitzer Prize-winning poet. Millay’s poetry captured the liberated spirit of Jazz Age feminism. She and her husband settled at Steepletop, a farmhouse in Austerlitz, New York, where Millay died in 1950. Her grave is on the property, which is open to visitors for tours and events.

Nicole is a Long Islander and Television/Film Production graduate of Hofstra University. She has an obsessive love for old buildings, seasonal activities, literature, and Taylor Swift. Nicole thoroughly enjoys getting sucked into a good story of any form, be it the plot of a film or the history of a place.