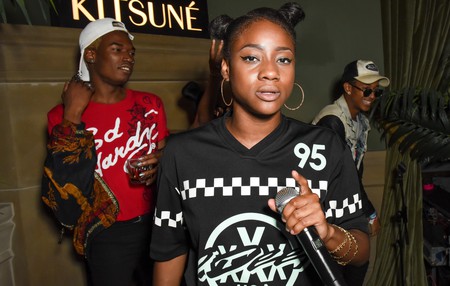 Culture Trip continues its foray into New York City’s formidable music scene with 10 more rising acts that should be on everyone’s radar. From a 70-year-old subway busker finally receiving his big break to a duo cranking out relationship soundtracks like a Model T engine, these artists should be added to your daily playlist rotation.

Cautious Clay has described his sound as “Cody Chesnutt’s ‘Boylife in America’ + Andre 3000’s The Love Below album.” He would know best, but however you choose to describe the 24-year-old’s debut tracks, it should always include the terms “singular” and “future.”

Aisha Badru’s vaporous vocals have the ability to turn an otherwise awful day into one of fulfilling self-reflection. If soulful indie-pop and animated lyrics are your thing, Badru is your artist.

While Donna Missal’s earlier singles wander about pop’s frontier, her latest release “Transformer” might indicate that she should shift her sound to one of rock. Soaring over organ stabs and fuzzy bass riffs, Missal is at her most distinguished here.

From Glass Animals to Leisure, the ‘indie white boy who isn’t afraid to get a little sexy’ thing has been having its moment in the limelight the past few years. A welcome edition to the crew is duo Frills, releasing tunes that are best suited for summer days, but will keep you moving in the winter all the same.

The late Charles Bradley was a singer for the majority of his life, but it wasn’t until he was 62 years old that he released his debut album. Bill, the frontman of soul/funk collective John The Martyr, who was discovered by his bandmates while singing in a subway station, is following a similar path, signing his first record deal this year at 70 years old. Their debut single, “Feeling Good,” won’t arrive until January, but trust us when we say it’s got the vibes to start 2018 off right.

Soft Glas, aka Joao Gonzalez, moved from Florida to Brooklyn to establish his musical career, but his 2017 album Orange Earth is chock-full of warm rhythms and bright tones in homage to his home state.

The auditory equivalent of the “thirst trap,” DonMonique exhibits the destructive delivery of emcees like Lil’ Kim and Foxy Brown with the shrewd wordplay. Her Thirst Trap 2 project needs to drop pronto.

Much like their name alludes to, there’s something mythical to the music of Iris Lune. From frontwoman Ella Joy Meir’s Israeli folk music-inspired vocals to the bands electro-pop sound that will have Hundred Waters fans dancing in circles, Iris Lune are here to offer you something a little weirder, a little more kaleidoscopic, than you might be accustomed to.

Birocratic has been dropping “hi-fi boom-bappers and spicy funk slappers” since 2013, and while the quality in content has always been there, the American audience has only now developed to a point where it can appreciate his craft.

If you’re looking for the perfect quirky indie soundtrack to the vacation reel you just cut together for your significant other, Girlyboi is a no-brainer.