10 LGBTQ Films You Need To See 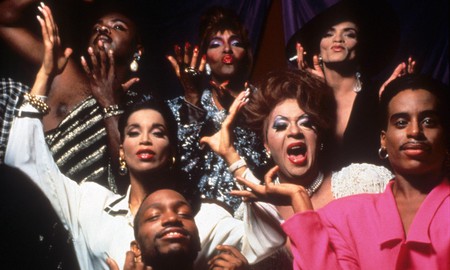 Paris is Burning | Courtesy of Miramax

Representation of the LGBTQ community in film has a mixed history, and it can be hard to decide what to watch. The best films convey the important history of LGBTQ communities and provide a reminder that there is hope and love in the world. With that in mind, take a look at this list of the top ten LGBTQ films.

Boys Don’t Cry stars Hilary Swank as Brandon Teena, a transgender man searching for his identity in a close-minded Nebraska town. As Brandon attempts to solidify his male identity, the town around him is intent on putting him down. Directed by Kimberly Pierce, the film captures the gender dysphoria, discrimination, and outright violence transgender people too often experience. Swank portrays Brandon as the sympathetic emotional center of the film, which makes Boys Don’t Cry a timely portrayal of transgendered people’s reality.

Brokeback Mountain broke barriers when it won three Academy Awards, including for Ang Lee’s directing, in 2005. It stars Heath Ledger and Jake Gyllenhaal as Ennis Del Mar and Jack Twist, respectively. The two young cowboys fall in love and have a seasonal romantic relationship. Once the idyllic days of summer are over, the tale follows the men as they head back to their families, eventually reconnect, and struggle with their feelings for each other until the end. Though a tear-jerker, Brokeback Mountain humanized gay men in a beautiful way rarely seen in cinema.

Fresh off the presses, recently released Carol follows Carol Aird (Cate Blanchett) and photographer Therese Belivet (Rooney Mara) during the 1950s. Based on Patricia Highsmith’s book, The Price of Salt, the two women find each other in New York despite a significant age difference. What follows is a classic love story and intriguing entanglements that paint women falling in love in a positive light. Directed by Todd Haynes, this film hits all the right notes, and serves as a beacon of what LGBTQ films can accomplish.

Freeheld is based on the true story (and Cynthia Wade’s 2007 short documentary) of police officer Laurel Hester (Julianne Moore) and her partner Stacie Andree (Ellen Page). When Hester is diagnosed with terminal cancer, she struggles to transfer her pension benefits to Andree, a legal impossibility in New Jersey in 2005. Though the Supreme Court’s June 2015 ruling in favor of marriage equality will ease these types of legal fights for other LGBTQ couples in the future, Freeheld puts human faces on the continuing struggle for true equality.

There are so few romantic comedies featuring lesbians, and even fewer with happy endings. Imagine Me & You, however, accomplishes both. Newlywed (and soon newly out) Rachel (Piper Perabo) and florist Luce (Lena Headey) meet at Rachel’s wedding — to her husband. An electric encounter between the women leaves Rachel questioning everything. From there, the film follows a familiar rom-com plotline that leaves viewers wondering whether Luce will get the girl or not. Bonus spoiler alert: lesbians don’t end up with men and nobody dies.

Milk tells the story of gay activist Harvey Milk’s life, and serves as an important chronicle of LGBTQ history. Becoming the first openly gay person to serve in a public office in California during the 1970s, Milk spent his career serving the gay community until his untimely and tragic death. The heartfelt portrayal of Milk’s influential career and life earned lead actor Sean Penn and writer Dustin Lance Black Academy Awards. Several actors in the film played themselves, including Frank M. Robinson, Milk’s speechwriter.

Written and directed by Dee Rees, Pariah follows New York teenager Alike (Adepero Oduye) as she discovers her identity as a butch lesbian through her explorations of the city. When her family finds out, she runs into trouble. Alike’s conservative mother cannot accept her, while her father and sister are more supportive. A compelling coming of age story, Pariah depicts the reality many LGBTQ people experience, as well as the way family dynamics play into the coming out journey. At the same time, Alike is a strong young woman viewers will identify and sympathize with.

Paris is Burning documents New York’s 1980s drag scene. Directed by Jennie Livingston, the documentary captures the vibrant queens as they prepare for drag balls, and includes interviews with famous queens such as Pepper LaBeija, Dorian Corey, Angie Xtravaganza, and Willi Ninja. The film doesn’t flinch when discussing the hardships of the 1980s community, and is one of the most diverse LGBTQ films ever made in terms of race, class, gender, and sexuality. Plus, Paris is Burning shows the true origins of the voguing dance style.

A rare LGBTQ wide-release film, Pride traces the triumphant journey of a British group of gay activists as they support Welsh miners through the National Union of Mineworkers strike in 1984. Showing up unannounced, and at first unwelcome, the activists work to raise money for the out-of-work miners. This Matthew Warchus directed film paints the LGBTQ activists as underdog heroes while the miners slowly leave behind their prejudice. A true feel-good film, Pride invokes cheering, crying and laughing, with a few surprising character twists along the way.

A stark and human portrait of the 1980s AIDS epidemic, The Normal Heart adapts Larry Kramer’s groundbreaking play of the same name for the silver screen. The film follows activist Ned Weeks (Mark Ruffalo) as he attempts to drum up support to end the HIV/AIDS crisis. The gut-wrenching tale captures the frustration, pain, and loss the gay community suffered. Meanwhile, despite allies such as Dr. Emma Brookner (Julia Roberts), the public, government, and medical community ignored Weeks’ efforts, leading to a full health crisis.