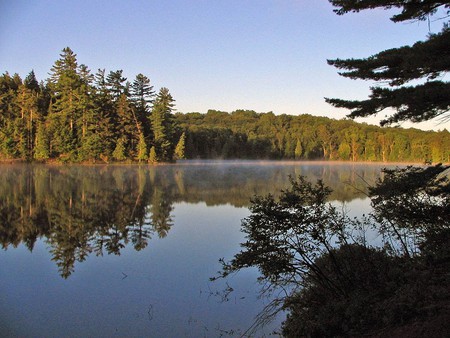 Sometimes you need a break from New York City. The crowds become overwhelming; the noise gets to be too much, and you crave some nature and fresh air. In those times of need, escape to upstate New York. With easy access from NYC via trains, buses, or cars, you’re never more than a few hours away from some of the most stunning landscapes in the country. Upstate NY has everything from wineries to waterfalls to ski mountains to some of the best restaurants in the country, and it’s all easily accessible from the big city.

The Skiing Is Some Of The Best On The East Coast

Though it may not compare to the Rocky Mountains, skiing in upstate New York is some of the best you can find on the East Coast. Whiteface Mountain, for example, is an excellent choice for skiing in the Adirondacks. It has the highest peak in the Northeast, and it was even home to the alpine skiing competitions of the 1980 Winter Olympic Games. And if it’s good enough for the Olympics, it’s good enough for you. 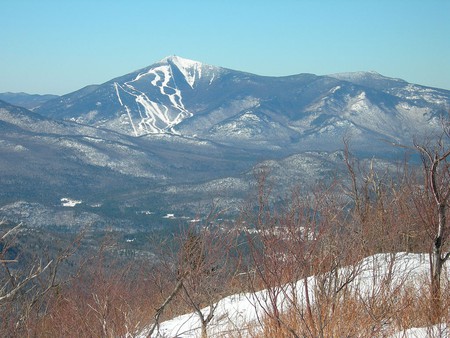 There Are Amazing Wineries

A little-known fact is that upstate New York is the biggest wine producing region in the United States outside of the West Coast. The Finger Lakes region, in particular, is known for its spectacular Rieslings that will rival those found anywhere else in the world. Some favorite wineries to check out are Ravines Wine Cellars, Hermann J. Wiemer Vineyard, and Vinifera Wine Cellars. Choose to explore the region spontaneously or follow one of the established wine trails. 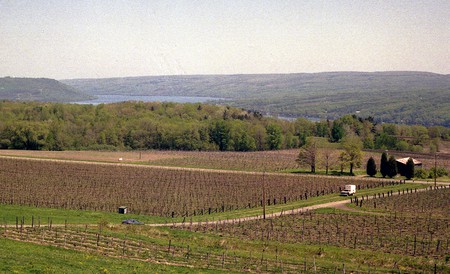 Vineyard at Cayuga Lake, one of the Finger Lakes in upstate NY | © Phillip Capper, Wikipedia Commons

Upstate New York is what your fall foliage dreams are made of. All the regions, from Hudson to North Fork to The Finger Lakes to The Catskills and more, are as picturesque as it gets, and even just driving through will make you feel warm and cozy in the crisp air. You could spend days hiking in the Adirondacks, and with the autumn leaves as your backdrop, there’s no better time of year.

The Small Towns Are The Best Escapes From NYC

The towns of upstate NY are probably what you always imagined as your picture perfect, charming town. Places like Cold Spring and Lake Placid are truly idyllic, maintaining small town charm while being surrounded by natural beauty. Plus, there are Tarrytown and Sleepy Hollow if you’re into haunted towns, and if not, find a list of the best upstate NY towns right here. 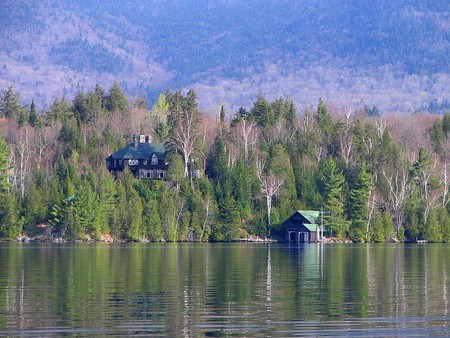 Mohonk Mountain House Might Be The Coolest Place Ever

Mohonk Mountain House is a giant spa/resort/outdoor wonderland worth a trip to upstate New York all on its own. The resort is perched high on a cliff in the town of New Paltz (a great town, by the way). It’s an all-inclusive ‘camp’ or ‘playground’ perfect for all ages, with 85 miles of hiking trails, boating, yoga, tennis, and more. It’s 136 years old, is a member of The Historic Hotels of America, and is constantly at the top of lists for the best hotels in America. 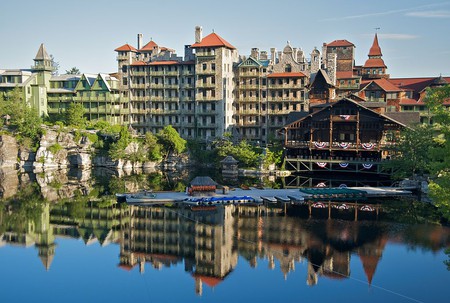 Upstate NY is becoming a foodie paradise, and with so many natural resources, it’s easy to see why. Places like Blue Hill at Stone Barns (one of the most well-known restaurants in the world and a pioneer of the farm-to-table movement) may have paved the way, but recently, particularly in Hudson, NY, the food scene is exploding. Check out Backbar for lunch and Fish & Game for dinner – a James Beard award-winning restaurant that’s starting to be known as one of the best restaurants in the country.

It was like a gluten-free dream tonight in Hudson. I ate fried chicken. (So quickly that it is not pictured.)

If you’re an art lover, Storm King is one of the most delightful art museum experiences you can have. Located in the lower Hudson Valley, it’s a 500-acre outdoor sculpture garden. Artists from around the world show their work here, and it’s a perfect day trip for anyone looking to be outside and see some art. You can take a bike tour around the grounds, simply wander, or relax in their café. 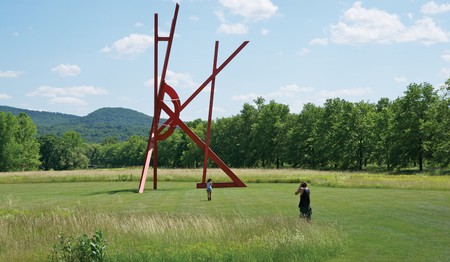 There Are Swimming Holes

Seeking out swimming holes may not be a thing you typically do, but why not? In upstate New York, there are strangely a lot of them, and they’re awesome. Part of their appeal is that they’re often unmarked and tricky to find – they’re hidden secrets that you have to be lucky enough to stumble upon. But a few to seek out in the Catskills are Kaaterskill Creek, Peekamoose Blue Hole, and Millstream Swimming Hole. 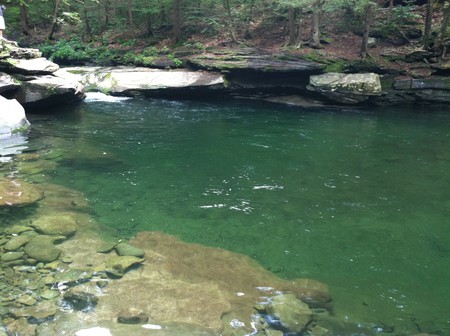 Not To Mention, Niagara Falls

Niagara Falls is one of the most visited destinations in the world, but sometimes people forget that part of it is actually located in New York. If you don’t know, Niagara Falls is a group of three massive waterfalls that have the highest water flow rate of any falls on Earth. More than six million cubic feet of water flows over the crest of the falls every minute, and it’s truly a powerful and awe-inspiring sight. 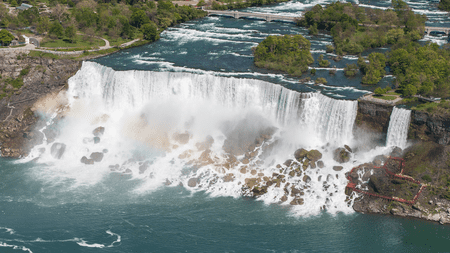 One of the 3 falls in Niagara Falls | © Wikipedia Commons

You Can Still Go To A Drive-In Movie Theater

Unexpectedly, upstate New York has a ton of drive-in movie theaters. While there used to be over 4,000 drive-ins in the United States, now only a few hundred remain. They only operate in the summer months, and many of them allow customers to bring their own food and drink. Some popular choices include Hi-Way Drive-In, The Fair Oaks Drive-In, and the Hollywood Drive-In. 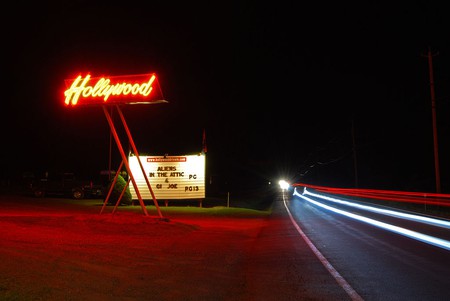 Hollywood Drive In | © Wikipedia Commons
Give us feedback