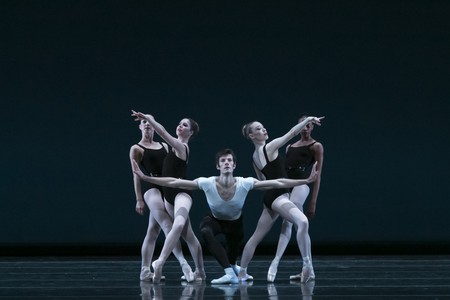 New York City is a hotbed of culture and a microcosm of the world’s best offerings in theatre, design and music. Dance is no exception to New York’s artistic excellence. Boasting glittering institutions such as the Alvin Ailey Dance Company, Broadway masterpieces, The Rockettes and a myriad of independent companies, NYC is a dancer’s dream. Perhaps you’re familiar with the dancers, but the artists who create their performances are equally worth noting. Here are 10 inspiring New York-based choreographers.

Before the age of 30, Justin Peck is already a New York City Ballet alumnus (under the tutelage of Peter Martins) and is now a resident director of this esteemed company. His extensive ballet experience translated eloquently to his passion for choreography, and his works for elite dance companies in almost every major American city led to a crowning achievement — his Rodeo: Four Dance Episodes ballet. After receiving the Bessie Award for Outstanding Production in 2015, there is no doubt his fresh perspective, penchant for using for large groups of dancers and athletic movements will be here to stay. 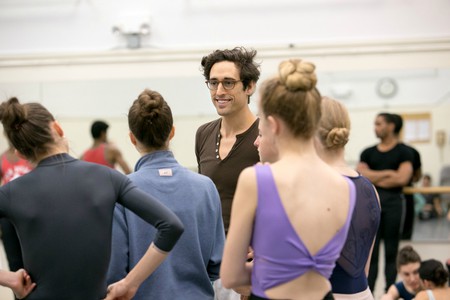 Broadway Dance Center cemented its reputation several decades ago as the destination for dance instruction taught by inspirational teachers and legendary choreographers like Phil Black and Frank Hatchett. Daily classes still exist today, and guest instructors like Jaclyn Walsh marvel students with their technique and prolific careers. Walsh, a Tisch graduate and member of KEIGWIN + COMPANY, has performed in venues like Joyce Theater, Terminal 5 and the Main Stage in Central Park. Her choreography for the NYC for the Japan Relief Fundraiser was praised for its action-packed sequences and vivacity.

Tap seems to keep making a serious mainstream breakthrough in the 21st century, as tap-driven performances on the screen and the 2015 victory on So You Think You Can Dance by charismatic tapper Gaby Diaz prove this technically challenging style is garnering a whole new set of fans. Cartier Williams’ dance career began in the Washington School of Ballet and transitioned to international tours of FootNotes and the Savion Glover-starring Bring in ‘da Noise, Bring in ‘da Funk. His own work continues to infiltrate acclaimed festivals and television specials. If you are hankering for a Williams tutorial, Hoofing with the Basics gives an insight into the tapper’s brilliant mind and key steps. 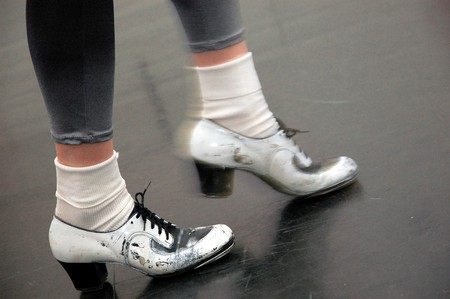 So You Think You Can Dance | © Steve Snodgrass/Flickr

The star power of dancer and choreographer Luam has permeated several mediums, from MTV to A-list music artists (Kanye West, Ciara and Fergie), to her own clothing line. Her eye-catching hip-hop choreography has been seen on So You Think You Can Dance‘s first ‘Team Street Crew’ and in performances by Janelle Monae. Luam’s ability to showcase her work across the music and dance worlds makes her a notable choreographer, as well as a very special guest instructor to look out for at Broadway Center for Dance.

Alvin Ailey American Dance Theater has a long history of cultivating outstanding dancers, choreographers and artists in Manhattan, and Judith Jamison is an exemplary result of this groundbreaking modern dance institution. Assuming the role of Artistic Director after Ailey’s death was no easy feat, but her direction, insight and contributions (take note of the international performance tour commemorating Ailey’s 50th anniversary) earned her well-deserved accolades. A recipient of the Kennedy Center of Honor award, Jamison is also immensely versatile in her choreography — works like Hymn and Among Us showcase her creativity and breadth.

Balanchine’s influence cannot be summarized in a brief compendium, since his work and impact on the dance world, specifically New York, was incredibly significant in the 20th century. After founding the School of American Ballet, Balanchine went on to spread his talents in the international realm, co-found the New York City Ballet, and serve as the latter’s Artistic Director until his passing in 1983. Known for his modern, conceptual choreography showcasing human form and movements, Balanchine was a well of lasting creativity. In addition to working with famous composer, Igor Stravinsky, Balanchine inaugurated the holiday tradition, The Nutcracker, at the New York City Ballet six decades ago. 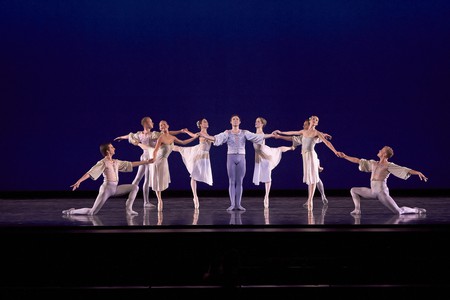 The achievements of Twyla Tharp’s choreography career are infinite. Her skills have allowed her to choreograph for New York City Ballet, Joffrey Ballet and most recently, create a landmark semi-centennial production at The Joyce. In addition, Tharp has made an indelible imprint on the Broadway dance scene with her Billy Joel-inspired Movin’ Out and the Frank Sinatra music-inflected, Come Fly Away. Legendary soundtracks and creatively developed storylines for the dancers strengthen her productions.

Image Courtesy of The Joyce

Before joining Alvin Ailey American Dance Theater eight years ago, Akua Noni Parker’s contributions to dance spanned the country from the Silicon Valley to Harlem. Her classical training and brilliance as a ballet soloist landed her a coveted and historic role; she was the first African-American dancer to perform the role of the Sugar Plum Fairy at the San Jose Ballet. Her contributions to Ailey have been equally inspirational; her performance in the recent Open Door has been praised for its raw emotion and superior representation of both African jazz and modern dance.

University of Delaware Theatre alum Susan Stroman is not a New York native, but she’s no one-time wonder in the Broadway world. Her electrifying choreography has been consistently recognized and lauded with award nominations and several Tony awards (notably for Show Boat and The Producers). Although rousing Broadway dance routines are her forte, Stroman’s dance repertoire also includes contributions to the Martha Graham Dance Company and The New York City Ballet. 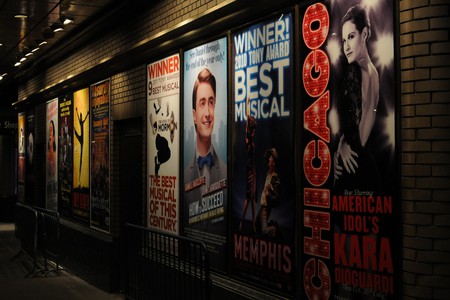 If Susan Stroman has a competitor for outstanding Broadway choreography, Jerry Mitchell would be the man. His works have dazzled audiences in the West End theatre hub of London as well as in midtown Manhattan. Gypsy, La Cage aux Folles, and Kinky Boots are riveting productions that rely upon his frenetic, crowd-pleasing footwork and direction. His contributions to New York dance have spawned an accomplishment-filled career, including the memorable dance scene performed by Al Pacino in Scent of a Woman.