No matter the season, when it’s sunny, people want to go outside, soak up the sun, and take in the fresh air. New York City is alive with culture and sites just waiting to be explored. No matter what you’re in the mood for, there is something for everyone to do. 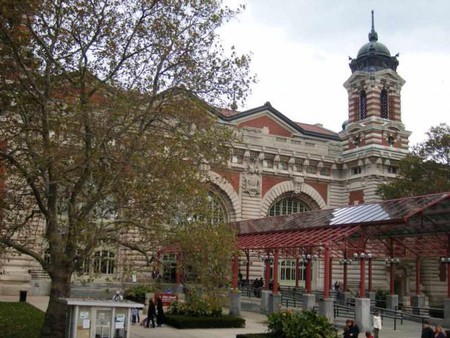 Although technically a part of New Jersey, Ellis Island was considered to be ‘The Gateway to America’ and was once the last thing standing in the way of millions of immigrants and New York City. It has long since stopped holding that function, having closed down in 1954, but still attracts people from around the world. Take a tour of the museum, or walk around the island. Apart from the amazing view of the skyline, there is a wall that extends around the grounds with the names of immigrants who stopped here. 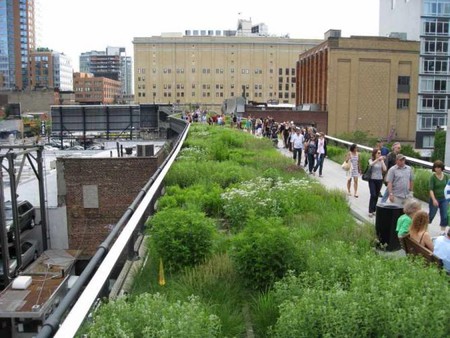 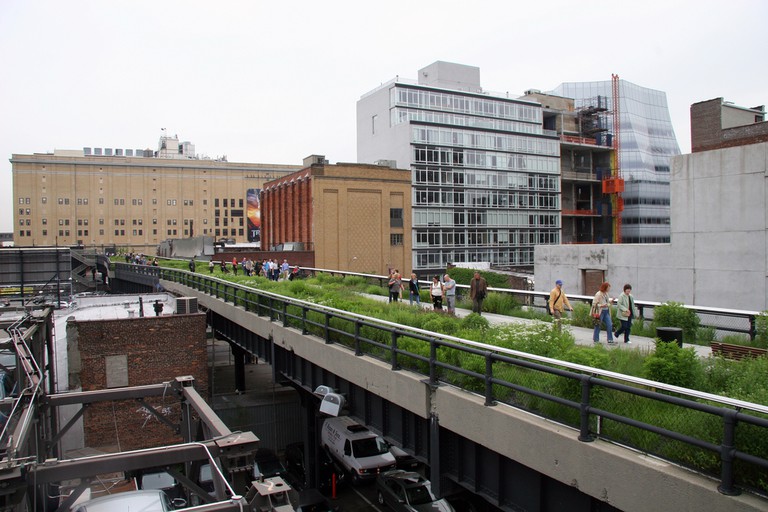 The High Line | © joevare / Flickr
Book Now
The High Line has been a popular attraction since 2009 and it’s easy to see why. This former 1.45-mile rail track-turned-park is filled with wild plant life that is impressive throughout the seasons. Take a walk through miscellaneous art pieces or simply sit down and take in the ambiance. With plenty of benches to relax on, it’s easy to forget that this walkway is part of the nation’s busiest city. Grab a bite to eat at one of the many food stands, or sip on some coffee while watching an impromptu photo shoot.

Many people associate Rockefeller Center with ice skating, Saturday Night Live, and NBC Studios, but the best part of the building isn’t located inside with shops and restaurants or at ground level. It’s located 850 feet up. Take the quick elevator ride up to the Rockefeller Observatory and get an eagle’s eye view of the city. See all of Central Park sprawled before you during the day and a breath-taking view of the Empire State Building at sunset. 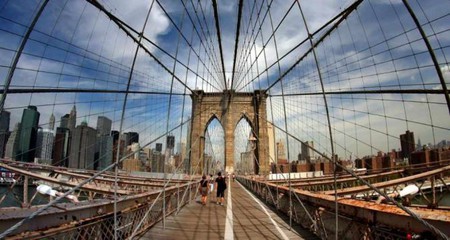 Travel across two boroughs via the Brooklyn Bridge. It offers great photo ops of downtown Manhattan and DUMBO. There are separate lanes for bikers and pedestrians, which clears up a bit of the congestion. This is an ideal place for a mid-day date or just a day out with some friends. For those who might be afraid to cross the bridge, the Brooklyn Bridge Park is located below the bridge on the Brooklyn side and offers the same breathtaking views of lower Manhattan. 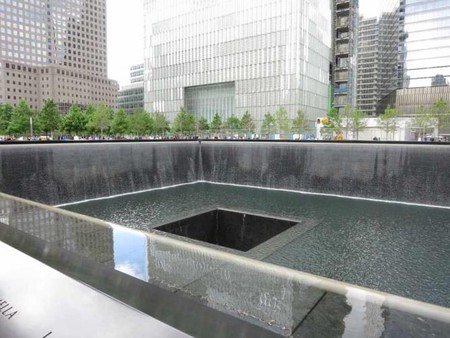 Those whose lives were lost in the tragic events of September 11th will never be forgotten. This memorial, completed in September 2011, pays homage to all those who lost their lives. Two beautiful pools, equipped with man-made waterfalls, sit where the two twin towers once stood. Try to locate the Survivor Tree, the memorial’s symbol of the past and present fused together. This tree, discovered after the attacks, was nursed back to health by the New York City Department of Parks and Recreation and returned to the site. 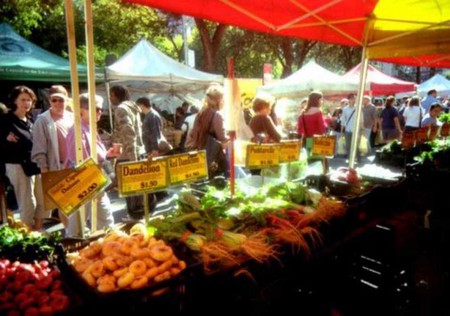 The only thing better than eating fresh produce is picking out the produce yourself. New York City is home to a plethora of different food markets, many stemming from Greenmarket, a network of farmers’ markets in the city. Their goal is to bring city residents a taste of freshness while giving business to local farmers. There are over 50 markets throughout the boroughs including one in Union Square and Williamsburg. The days vary by market, so check out their blog for information on events, and weather announcements. 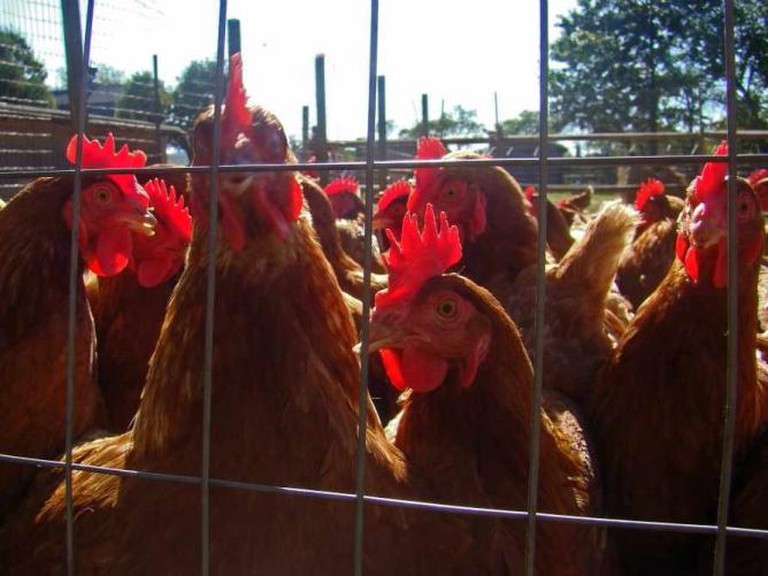 chickenheads | © istolethetv/Flickr
As vintage makes its comeback into modern society, flea markets are the place to go. HKFM, open year round Saturdays and Sundays, is a great place to find cool little gadgets, old records, fun clothing, quirky furniture, jewelry, and so much more. Go with friends or fly solo and explore everything this market has to offer. There are a good number of stands, allowing for maximum browsing. Maneuvering through the crowd can be a bit frustrating at times, but with a bit of patience (and luck), you can find a nice little treasure to take home.

For those who want to escape the crazy city life and take a quiet day off without actually leaving the five boroughs, Queens County Farm is a great spot. This farm, located in Glen Oaks, Queens, has been around since 1697, though the actual farmhouse was built in the mid-1700s. They have a lot of seasonal events, including apple and pumpkin picking in the fall, and wreath making in December. The farm offers many daily events as well, so make sure to check out their event calendar to see what is going on.

Central Park is arguably one of the most iconic landmarks in the city. The park hosts a bunch of different events including a Jazz Festival in the fall, Shakespeare in the Park in the summer, and ice skating in the winter. If you’re not interested in organized events, walk around and see what’s going on. Listen to someone play the guitar on the grass, revisit childhood wonder in the Alice in Wonderland-themed park, or go retro and rollerblade down the hills. This park is so big, it’s hard to come here and not find something to do. 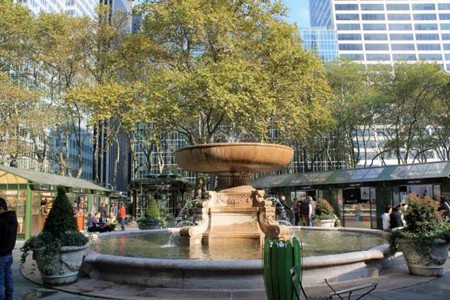 One of the many parks in the city, Bryant Park, is probably best known for its ice skating rink in the winter and concerts in the summer. This park is drastically smaller than Central Park, but that doesn’t mean it offers anything less. Bryant Park hosts daily events ranging from fitness classes to bird watching tours. The main website offers plenty of activities to keep you occupied. Apart from the events, the scenery itself is a sight to see with beautiful tulips in the spring and vibrant foliage in the fall.