10 Contemporary Mexican Artists and Where to Find Them

While many visitors to Mexico focus their attention on Pre-Columbian art and 20th century artists such as Frida Kahlo and Diego Rivera, contemporary Mexican artists also draw from the country’s aesthetic traditions to answer pertinent questions regarding life in Mexico and the world today. Mexico’s leading contemporary artists have emerged from varied backgrounds and work with an array of media. The following 10 artists exhibit at galleries in Mexico City and New York. 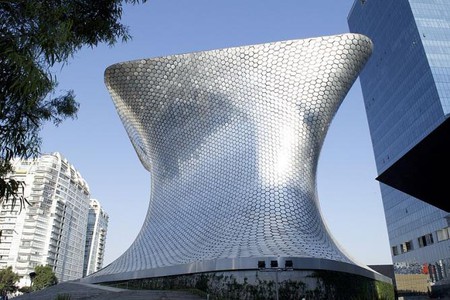 Cathedral, Museum, University
Facebook
Email
Twitter
Pinterest
Copy link
Share
Fernando Romero is a renowned Mexican architect and urban designer. Aside from a teaching stint at Columbia University, he has been involved in many cultural and educational endeavors in Mexico. During his design process Romero strongly considers the context of each site, and emphasizes the sustainability of the structure within that context. Romero’s works have been exhibited at the Museum of Modern Art in Mexico City, the Guggenheim, and the Carnegie Museum of Art, among many others. The Museo Soumaya, Jumex Apartments, and Miami Cathedral are some of the more recent buildings in a long list of structures designed by Romero.

Market, Museum
Facebook
Email
Twitter
Pinterest
Copy link
Share
Julieta Aranda is a New York-educated, Mexican-born artist whose work includes video, installation, and print-media. Some of the most prominent themes in Aranda’s work are related to the socio-political aspects of commerce and exchange in contemporary life. Pawnshopfor example, is a collaborative project with Anton Vidokle and Liz Linden, which examines the relationship between artists and the commercial market. Aside from her solo show at the Guggenheim Museum, Aranda has shown work at the Venice Biennale and Art Basel, among other international shows. Her work can also be seen at the Michael Janssen Gallery in Berlin and the Mor Charpentier Gallery in Paris.

Museum
Facebook
Email
Twitter
Pinterest
Copy link
Share
Roberto Cortazar is a classically trained painter from the southern state of Chiapas, Mexico. He is best known for his series of work inspired by Greek mythology for which he deconstructed Francisco de Goya’s famous Saturn Devouring His Son. More recently, Cortazar has also reexamined the work of José Clemente Orozco and explores questions of Mexican identity and the legacy of Mexican muralists. Art critic Edward Gomez has said that Cortazar’s style is both ‘elegant and visceral’. His work can be found at the Jumex Museum in Mexico City and Marva Casa de Arte in Puebla.

Minerva Cuevas is a conceptual artist, born and educated in Mexico City. Her projects require extensive social and political research and include installation, video and photography. Her installations often take the form of site-specific pieces, such as the introduction of a free pay phone that pedestrians and art-viewers utilized at Cuevas’ expense. This installation and others work to draw out political and social commentary surrounding themes of injustice, the role of corporations in contemporary life, and the mitigation of these by individuals. Cuevas is exhibited widely and is represented in Mexico City by Kurimanzutto Gallery.

An artist and tattooist based in Oaxaca, Mexico, Dr. Lakra is known for his embellished collages and elaborate drawings atop found objects and photographs. Described by the Saatchi Gallery as a ‘carnival of the grotesque’ comprised of ‘kitschy erotica, ancient ritual, and hallucinogenic visions’, his work responds to issues of cultural identity by prodding at and decentering social norms. He is represented by the Kurimanzutto Gallery in Mexico City and has been shown at the Institute of Contemporary Art Boston and the Tate Modern, among other museums and galleries worldwide.

Los Super Elegantes is a Mexican-Argentinian art performance and music group based in Los Angeles. Their work combines musical, theatrical, cinematic, material and visual components. Their videos and songs are available widely on the internet. Their performances however, are less directed to popular audiences than typical museum performances. The group has performed at museums like the Museum of Contemporary Art Chicago, the Whitney Biennial, Frieze Art Fair, and the Hammer Museum, among others.

Working with media ranging from collage and sculpture to installation, Gabriel Kuri’s work engages the complexities of consumer culture. By modifying and decontextualizing mass-produced and everyday objects, Kuri asks how we assign value to things and how we represent information. Gabriel Kuri was trained both in Mexico and the United Kingdom. His work has been exhibited at the Venice Biannale, the Berlin Biannale, and at museums including the Blaffer Art Museum and ICA in Boston, Massachusetts. He is represented by the Gallery in Berlin, Germany, by Kurimanzutto in Mexico City, and by Regens Projects in Los Angeles, California. 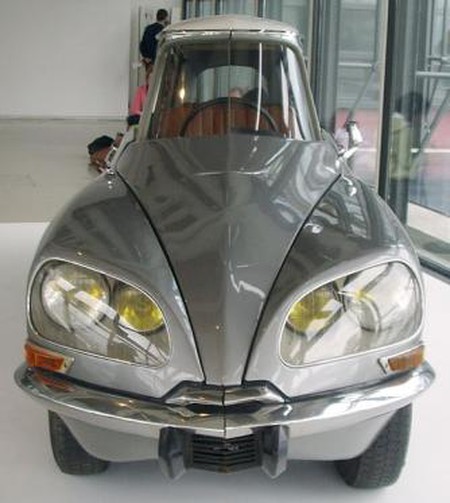 Born in Veracruz, Mexico and trained in both Mexico and Spain, Gabriel Orozco is one of the most influential artists of his generation. His drawings, photography, sculpture, and installations often explore the relationship between materials and common objects, and how their modification can insight different perspectives of reality in viewers. Orozco has displayed work at museums such as the Museum of Modern Art, the Centre Pompidou, and the Tate Modern, and is represented by the Marian Goodman Gallery in New York and the Kurimanzutto Gallery in Mexico City, among several others worldwide.

A native of Mexico City, Damián Ortega is one of Mexico’s prominent contemporary artists. His influence has spanned genres such as sculpture, installation, photography, and video. Ortega studied with Gabriel Orozco and is said to have absorbed his teacher’s ‘acute attention to form’. Beginning his career as a political cartoonist, Ortega’s work still embodies the wit and criticism inherent in his early work. Much of Ortega’s sculptural work considers commonplace objects through their materiality, by examining how they are assembled or disassembled, and how they fit together. Ortega’s work is represented by the Kurimanzutto Gallery in Mexico City and the Gladstone Gallery in New York.

Daniela Rossell is a prominent Mexican photographer, famous for her portraits of elite women in Mexico and the insight they have provided into the lifestyles of Mexico’s upper classes. The daughter of a Mexican politician and art collector herself, Rossell has enjoyed unparalleled access to the private lives of her model-informants. Her photographs provoke lavish narratives of oblivious luxury, juxtaposed against the poverty of the Mexican majority. The photographs were published in her 1994 book Ricas y Famosas. Her work is shown by the West Collection in Philadelphia and the Greene Naftali Gallery in New York City.