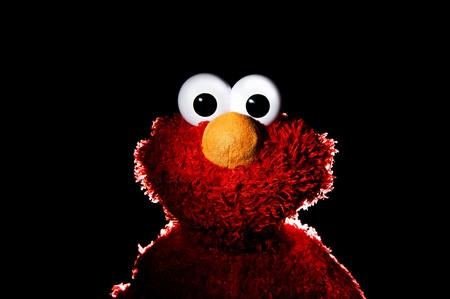 Our childhoods are partially shaped by the television we watch growing up; we fill our memories with the catchy theme songs, hours spent sitting around with friends and family, and fun times reenacting scenes from our favorite shows. Some of the best children’s shows take place in New York, using the city streets as a unique playground. Join in the wonderful world of nostalgia and reminiscence with us as we take you through ten past and present children’s television shows set in NYC.

Brilliantly showcasing the diversity of the New York City community was our favorite football-headed kid, Arnold. Hey Arnold! was an animated television series that aired on Nickelodeon, which was welcomed into the homes of many children growing up in the 1990s and early 2000s. The show centered around Arnold and his neighborhood friends and family as they went about their day-to-day business in the fictional city of Hillwood. Although the location of Hillwood is never specified, the episodes suggest that the students of P.S. 118 reside in an inner-city similar to Brooklyn. It makes a lot of sense, now; how could Helga not be a New Yorker with her snarky, yet affectionate, comments towards Arnold? Only in New York do we showcase our love through attitude.

The Disney Channel continued to create magic with this spell-casting series that ran through 2012. Wizards of Waverly Place followed the adventures of the Russo family, as three siblings learned the craft of wizardry in preparation for a family competition that would ultimately crown a winner, granting only one Russo of their generation with wizard powers. Selena Gomez made her debut into our hearts as the sarcastic Alex Russo, whose rebellious ways had the tendency to pester her parents and two brothers. Although the Russos were wizards, they lived amongst mortals in Manhattan’s Greenwich Village, forcing them to keep their powers a secret and often causing mayhem when attempting to hide their magic.

The TGIF block on ABC Network brought us some of the greatest coming-of-age programming known to those who grew up in the 1990s. Amongst the best that came from the Friday night viewing was Boy Meets World. At the turn of the century, we were forced to say goodbye to Cory Matthews, his adventures, and his first (and only) love, Topanga. 14 years later, the Disney Channel graced us with Girl Meets World, answering our prayers and ending our constant questioning of what happened to Cory and Topanga. This sequel television series informs us that our favorite TV couple is still happily married and living in New York City, where they moved in the Boy Meets World series finale. They have two children, and their daughter, Riley, acting as the central character of the show, attempts to learn the same lessons her father did growing up.

The longest-running American children’s television show takes place in Manhattan, accurately showcasing the diverse streets of the city. Our favorite furry friends have been teaching children their ABC’s and 123’s since 1969, the lessons of character-building maintaining its universal quality throughout the decades. The learning primarily takes place at the brownstone located at 123 Sesame Street, but the show allows its audience to explore the neighborhood by taking us to additional spots, such as Oscar the Grouch’s trash can, Big Bird’s nest, Hooper’s store, and the Sesame Street library.

Even in the sewers of New York City, an interesting array of specimen are living life to the fullest – and we’re not talking about Pizza Rat. We’re talking about everyone’s favorite crime-fighting turtles with the sophisticated names of Italian Renaissance artists. Teenage Mutant Ninja Turtles introduced the world to four turtles, trained by their rat sensei, with characteristics perfectly depicted by the title of the series. These ‘heroes in the half shell’ originated from a comic book series before growing into a franchise that includes animated and live-action television series, thus gaining a greater appreciation from children who dreamed of becoming ninjas and saving the world from evil. With the recent movie releases resurfacing the famous reptiles, don’t be surprised if you hear ‘turtle power!’ exclaimed by children and nostalgic adults while walking down the streets of NYC.

Dan Schneider is a mastermind of children’s television, giving us classics like The Amanda Show, Drake & Josh, Zoey 101, and iCarly, to name a few. This prolific producer continues to shape the younger generation’s childhood by gracing us with another children’s show, this time set in New York City. Game Shakers is Schneider’s newest venture on Nickelodeon, following the success of Brooklynites Babe and Kenzie after a victorious science project. These young entrepreneurs solicit the help of rapper Double G, after falling under potential legal troubles for using his song in their app, to invest and act as a business partner in their gaming company. Double G is played by the 90s orange soda-drinking legend, Kel Mitchell.

There is a prominent music scene in New York City, where the streets are flooded with rock stars and aspiring musicians. This includes the real-life brothers, Alex and Nat Wolff, and their fictional world-renowned band, The Naked Brothers Band. The popular, cameo-heavy Nickelodeon show chronicled the exciting events in these musical brothers’ lives, including their friends and family in a mockumentary format. Before he was making us cry and swoon from his well-known stunts in John Green’s film adaptations of Fault in Our Stars and Paper Towns, Nat Wolff was embellishing moments of his real life alongside his younger brother at the ripe age of 11. The New York-based show proved to be very favorable with a younger audience, becoming the highest-rated premiere for Nickelodeon in seven years when it first aired in 2007.

True Jackson was a shining role model for teenagers looking to surpass boundaries and achieve big things beyond their years. True Jackson, VP was another Nickelodeon gem that centered around the teenage New Yorker-turned-Vice President of the Youth Fashion Department at Mad Style. The show followed our young female protagonist in her workplace as she spent time with the friends she hired to be part of her team and attempted to overcome the obstacles thrown at her by her older, and often jealous, coworkers. Only in the fashion district of NYC can a 15-year-old girl be discovered for her impeccable style by an established designer, immediately employing her to run his youth apparel line.

The city where dreams come true is often a magnet for those aspiring to work in the arts, including actress hopeful, Jessie. The Disney Channel show Jessietold the story of a small town Texas native who decided to move to New York City against her father’s wishes to pursue an acting career. Along the way to fulfilling her dreams, she took a job as live-in nanny for a wealthy family on the Upper West Side, getting a taste of the high life while residing in their multi-million-dollar penthouse. Throughout the series, Jessie makes unexpected friendships with the four tykes in her care, although their rambunctious behavior often makes for a rollercoaster adventure as she tries to navigate the big city.

The streets of NYC got a little bit safer with the help of Marvel’s superhero, Spider-Man. The 1994 animated television series entered the homes of many children as they gathered around to watch Peter Parker’s alter ego save the city from villains, such as Kingpin, the Green Goblin, and Doctor Octopus, all while trying to balance a normal life attending Empire State University and pursuing his love interest, Mary Jane. Stan Lee blessed our childhoods with the cool superhero whose strength and agility allows him to cling to most surfaces, shoot spider webs out of his wrists, and react quickly to danger with his spider senses, ultimately doing ‘whatever a spider can.’ The show also taught us a valuable lesson Peter Parker learns for himself: ‘with great power there must also come great responsibility.’