Yasir Salem is the world’s top ultra-endurance competitive eater, which can lead to many lengthy explanations when introducing himself.

Producer: Can I get one soundbite of you saying, “My name is Yasir, I’m a …” What do you consider yourself?

“I wish I could come up with a name for it,” Salem said. “I usually just keep them separate because people won’t understand that term. I’ll have to explain that, which is those three things.”

It started out as a joke.

Salem was watching the annual Nathan’s Hot Dog Eating Contest on July 4, 2008. Competitors hurriedly scarfed down dog after dog, bun after bun, on the Coney Island boardwalk. Salem challenged himself to get on TV so his friends could get a laugh out of him.

“It was a lot harder than I thought,” he said.

Life would get a lot harder too. Salem’s girlfriend (now wife), Gweneviere Mann, was diagnosed with a brain tumor and had a craniotomy in November 2008. Mann suffered a stroke during the procedure to remove the tumor, causing short-term memory loss.

As part of her rehabilitation process, and in an effort to maintain a healthy and active lifestyle, Mann and Salem wanted to set their energies into accomplishing a positive athletic achievement. The two began training for the New York City Marathon.

Two years later, on November 7, 2010, Mann and Salem completed the NYC Marathon. During the race, Mann would forget how long they’ve been running for, so she’d ask Salem. “Only 15 minutes,” he replied, as they continued on to the finish line. 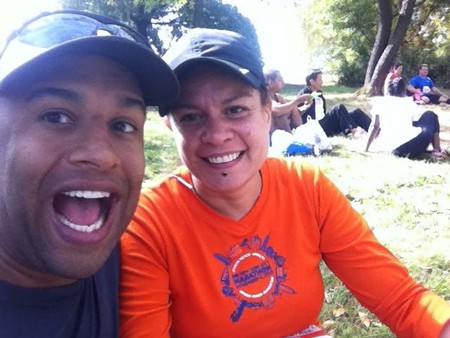 “That really inspired me,” Salem said. “If she could go from having a craniotomy and two years later run a marathon, I should do something similar. I thought to myself, ‘What are the things I really wanted to do and never got around to?’”

Salem set out to learn to swim. Not only did he learn, but he competed in triathlons, including the New York City Triathlon.

After checking that off his list, he refocused his energy on competitive eating, but Salem wasn’t joking around this time. In 2012, he consumed 25 hot dogs (and buns) in 10 minutes on national TV, finishing 13th in the Nathan’s Hot Dog Eating Contest.

“The joke was on me because it took four years to get there and I haven’t looked back,” he said.

Standing in the kitchen of his East Village apartment, Salem makes his lunch. Each day, he prepares a 4-6 pound salad that he packs into three Tupperware containers to bring to work as director of group marketing at Hearst Men’s Group.

He removes a family-sized porcelain bowl from the cabinet, inserting handfuls of spinach until the bowl is approximately half full. Salem chops up two carrots, one cucumber, one pepper, and one tomato. He throws in a handful of black olives, some vegan cheese, a tablespoon of sunflower (or pumpkin) seeds, one avocado, and tops it all off with olive oil.

This salad, which he eats daily in approximately 10 minutes, is followed by a half gallon of water (weighing approximately four pounds), stretching his stomach to a capacity of 8-10 pounds. 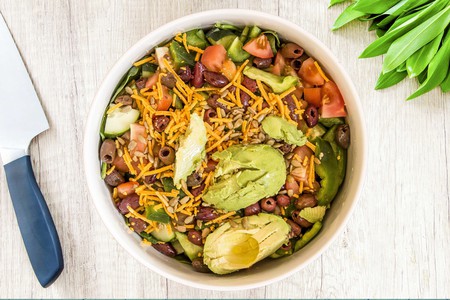 “You can’t just ramp up and get ready for an eating contest in a week,” said Salem, ranked No. 11 in Major League Eating. “It’s like a marathon; you need to give yourself a few months.”

Not only does his daily lunch help him prepare for eating competitions, it is the perfect fuel for Salem, who is also an active triathlete, runner, and cyclist. This year, he’s run one marathon every month.

While accomplishing that is a feat in itself, Salem’s pride and joy on the competitive circuit, though, is the Tour de Donut, a 30-plus mile bicycle race where competitors shave minutes off their time by consuming, you guessed it, donuts.

“These races are perfect for me,” he said. “If you take my two skill sets and put them on a Venn diagram, the Tour de Donut races are in the middle. I’ve been world champ since I did my first race.”

Due to her short-term memory loss, Gweneviere Mann has to schedule and plan her life, even down to daily, menial tasks. She sets alarms as reminders to do things. Such planning has not only become standard in her routine, but in Salem’s as well.

Each December, the couple sits down and tries to plan the upcoming year to the best of their ability. They map out what events, challenges or races they want to accomplish and put it in the schedule. Salem said these goals can range from bigger ones—including running one marathon per month—to smaller ones: places they want to visit, for example, or events they want to attend.

Every month, Mann and Salem revisit their schedule during “monthly fun planning” and see if their plan is still on target. They they make necessary edits and amendments to the pre-existing foundation. Recent events in Salem’s competition calendar included the Tour de Donut on Sept. 16 in Ohio, the World Poutine Eating Championship on Oct. 14 in Toronto, and the New York City Marathon on Nov. 5. 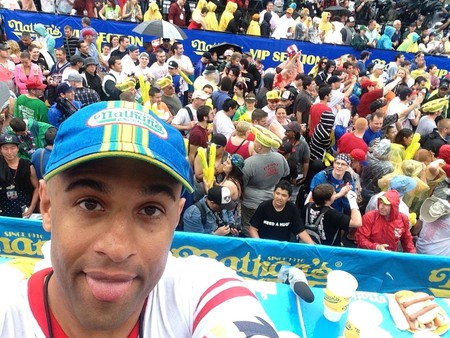 Salem, 40, already has an idea of his bigger projects to tackle in 2018—he wants to compete strongly in the Krispy Kreme Challenge in February, as well as qualify for Race Across America, which he plans to do through the Race Across the West.

“When I sit down and think of a big project I want to do, it has to be something that scares the hell out of me while, at the same time, [gets] me really excited,” Salem said. “It’s hard to find; it’s not something I can think of right away.”

Salem was born in Austin, Texas. In high school, he was the student who participated in the science fair, academic decathlon, and the arts.

Team and ball sports weren’t his forte. Salem has always loved riding his bicycle, but it wasn’t until he and Mann got into training for the NYC Marathon that he looked at his favorite mode of transportation as a means of competition. Before he knew it, he had completed in four Ironman competitions. It just sort of happened.

“I didn’t realize I’d get excited about physical fitness until I just got into it,” he said.

Whether he’s training for an Ironman, a cannoli eating contest, a marathon, or Tour de Donut, Salem’s mentality remains the same: there is a beginning, a number/goal he strives for, and an end. It doesn’t matter if it’s a mileage pace he wants to average or a total number of corn on the cob he wants to consume, they’re all just numbers. 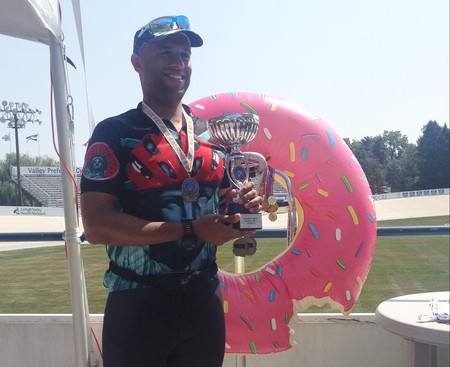 While Salem takes pride in defending his Tour de Donut championship and is vying to reclaim his corn-on-the-cob record, there is one medal, one event, one competition, that holds a special place in his heart.

“One of the most special competitions is the first marathon I did with my wife in 2010, because that was the source of inspiration for everything I’ve done since,” Salem said. “It will never lose its place as such a special event. Every year since, my wife and I will do the New York City Marathon together so we always have that. It never gets old.”