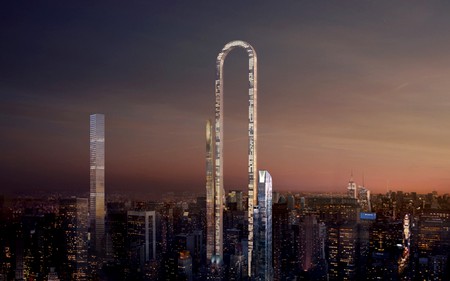 A new design proposal by Oiio Studio could forever change the skyline of Manhattan and become the longest building in the world. 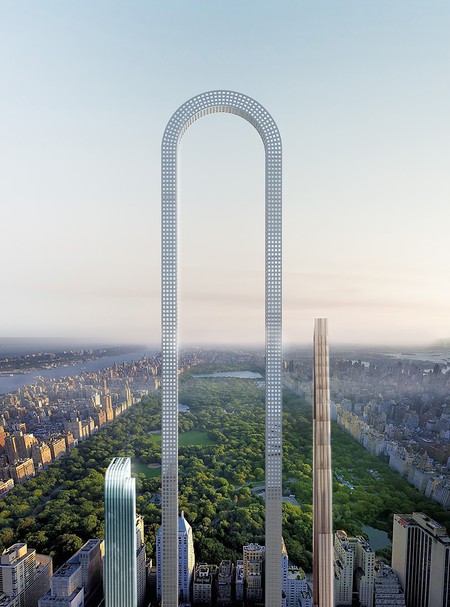 The Big Bend, if realized, could be the world's longest building | © Ioannis Oikonomou, oiio architecture studio

The concept for “The Big Bend” building started out as a question: “What if we substituted height with length? What if our buildings were long instead of tall?” In a city known for its ever-changing, iconic skyline, Ioannis Oiaonomou of Oiio Studio came up with the idea to design a 4,000-foot U-shaped building, making it the longest tower in the world. 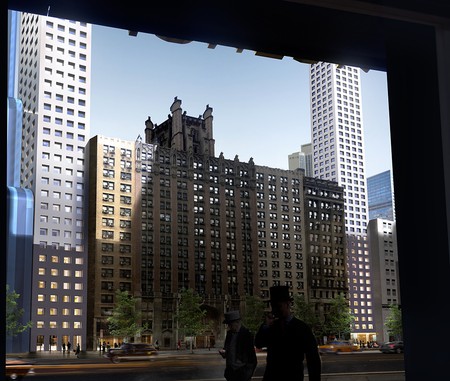 New York City’s zoning laws are difficult to maneuver, especially when developers compete for airspace and seek the highest price per square foot possible within the confines of the law. High rise structures in Manhattan equate to luxury and top dollar, particularly in the newly coveted 57th street area. “We have become familiar with building height requirements. We usually learn about the latest tallest building and we are always impressed by its price per square foot,” says Oiaonomou in the firm’s release. Think: the taller the building, the more prestigious (or so it’s perceived). 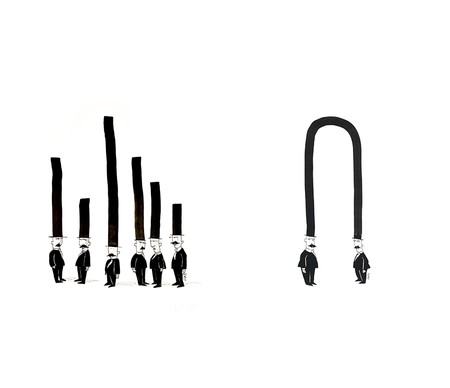 With the emergence of One57, a 75-story residential skyscraper, the 57th street corridor has opened up more floor area ratio (FAR), which equates to more developable floor space inside a property. Rather than building vertically, Oiis Studio designed “The Big Bend” as a curved structure in response to the city’s height limitations, while still offering the same modernist look: slender, provocative, and luxurious. But some wonder if the building will change the look of the existing skyline too much, commenting that it resembles a paperclip, or even ruin the skyline altogether.

If completed and stretched out, “The Big Bend” would practically double the size of the tallest building in the world (currently Burj Khalifa in Dubai, 2,722 feet) and become the longest structure in the world today. 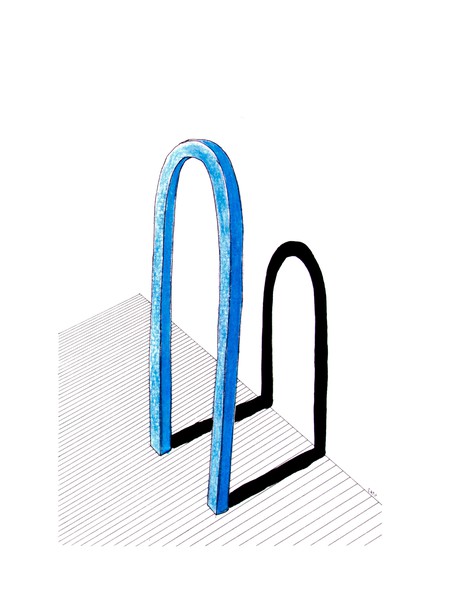