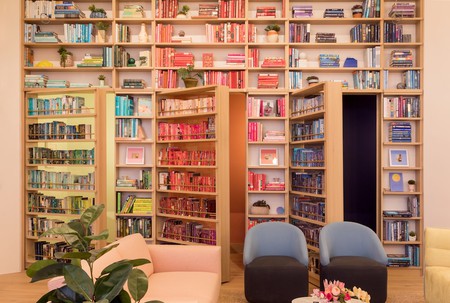 Since its inception in 2016, The Wing has taken off at mach speed. The social club and communal working space for women, by women boasted two wildly popular locations in New York City’s Flatiron District and Soho neighborhoods before inaugurating a brand new space in Dumbo, Brooklyn, furnished with feminist artworks for sale. 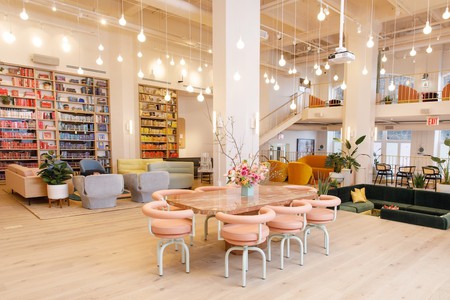 The Wing’s third location is officially open, and the interior more or less mirrors the impossibly stylish and staunchly feminine aesthetic of the Dumbo space’s forbearers; complete with expansive bookshelves of color-coordinated tomes by women (in partnership with Strand Book Store), mid-century modern furniture with a pastel velvet twist, and seriously enviable views.

The exclusive social club’s newest addition is bigger and better than ever, housed within a 9,000-square-foot bi-level loft, courtesy of architect Alda Ly and interior designer Chiara de Rege. It comes with new amenities, too, such as pumping stations for on-the-go moms, a podcast room, and a wellness room. The light-filled Brooklyn space is also inhabited by artworks, to include an all-women art exhibition titled The Salon. 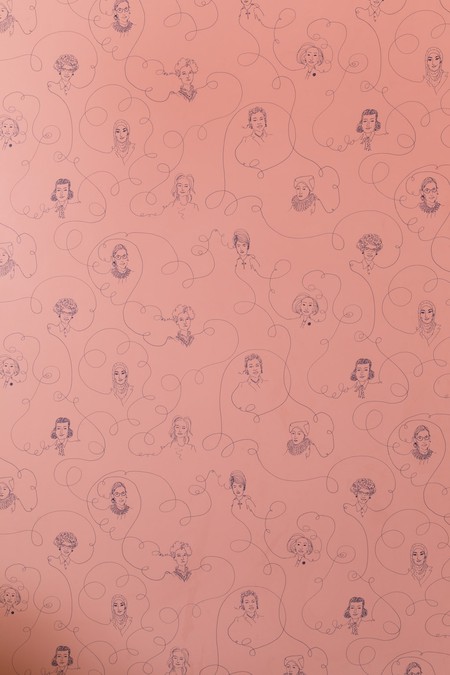 The Wing Dumbo | © The Wing

Curated by Lolita Cros, The Salon showcases a breadth of powerful feminist artworks. “There is no singular definition of feminism, and I try to capture that with the art selection,” Cros told artnet News. “Each artist has a powerful and relevant message, whether it is about body positivity, community, or environment. While every piece might not explicitly portray womanhood, they all represent the current state and many facets of femininity.”

Described on Cros’s website as a “permanent exhibition with rotating artworks by female artists displayed all throughout the spaces,” The Salon aims to make a statement as powerful as the works on view. “Women in the arts have long faced the same exclusion and marginalization as they have in other industries.” 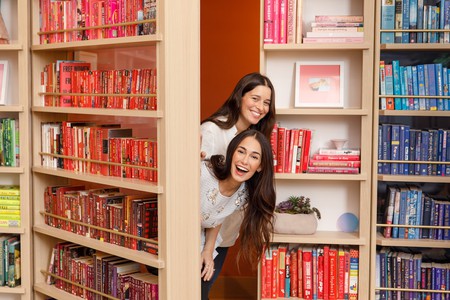 The Salon includes more than 100 artworks by 26 artists—some emerging, others well-established—working in a variety of media. Yet each artwork has been curated as part of a louder dialogue that aligns with The Wing’s mission statement “to create space for women to advance their pursuits and build community together.”

Artworks at the Soho location include big names like Marilyn Minter (who is also a member), while a piece by Jenny Holzer stands out at the new Brooklyn outpost. The celebrated American artist’s I’VE (2008), a black and white photograph of a stately building overlaid with the text “All the knowledge I’ve absorbed in my life I now give up,” (from a poem by Yehuda Amichai), is exhibited near the entrance—an “epic” boon for co-founder Audrey Gelman, artnet reported. Alongside The Salon, artworks also hang in The Wing’s new Picture Room, an art gallery run by women. 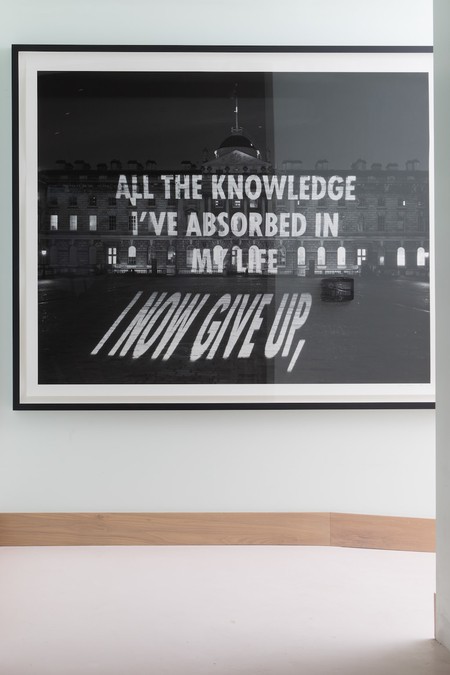 Inspired by the women’s social clubs of the late 19th and early 20th centuries, Gelman and co-founder Lauren Kassan have forged a revolutionary haven (well, three) for the ladies of New York City, with a forthcoming space to open in Washington D.C. this spring. Los Angeles and San Francisco are likely next. To apply for Wing membership, click here.