Will Thom Yorke Get His Gothic Groove on for the "Suspiria" Soundtrack? 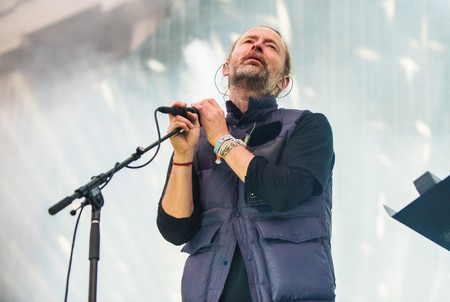 Thom Yorke has signed on to compose the music for the horror flick Suspiria. If the first score by the Radiohead frontman passes muster, it could potentially draw him into a series of battles for movie gongs with his bandmate Jonny Greenwood.

Hiring Yorke to compose his first soundtrack is a major coup for director Luca Guadagnino, whose remake of Dario Argento’s cult classic is being produced by Frenesy Films and Mythology Entertainment. It’s also a feather in the cap for Amazon Studios, which will release the film in the United States later this year.

Having wrapped production in the northern Italian city of Varese on March 10, the new Suspiria is shaping up into an event movie, as Culture Trip reported here.

Freed from her 50 Shades bonds, Dakota Johnson plays Susie Bannion, an American ballerina who joins a top Berlin company in 1977 (the year Argento’s original was released). Her arrival coincides with the unexplained disappearance of another dancer, Patricia (Chloë Grace Moretz).

Susie and her friend Sara (Mia Goth) deduce that the company’s brilliant director, Madame Blanc (Tilda Swinton), and her fellow instructors may not have their young charges’ best interests at heart. “It’s a film about guilt and motherhood,” Guadagnino has said. “It has no primary colors in its color palette, unlike the original. It will be cold, evil, and really dark.”

It makes especially effective use of demonic whispers, medieval-sounding acoustic guitars, and tintinnabulation. Whereas Mike Oldfield’s Tubular Bells was awkwardly grafted onto The Exorcist (1973), Goblin’s music was integral to the first Suspiria’s chilling atmosphere. Despite numerous personnel changes, Goblin is still recording and performing.

What kind of soundtrack can be expected from Yorke? Will he put his keening vocals in the service of Suspiria‘s infernal matriarchalism? His singing has, after all, touched dread in songs like “Street Spirit (Fade Out),” “How to Disappear Completely,” and “Pyramid Song.”

Yorke will possibly rely more on instrumentation and sequencing than his voice. Don’t bank on him using a sepulchral church organ-y sound. That would be so, well, 1977, or Phantom of the Opera-ish. Something more in the line of Broadcast’s score for Peter Strickland’s Berberian Sound Studio (2012) would be in order. 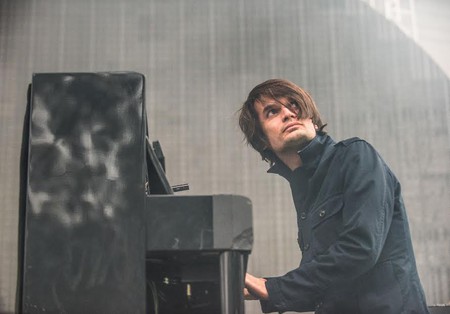 Yorke isn’t the only Radiohead member currently in film-scoring mode. Having previously composed the soundtracks for Paul Thomas Anderson’s There Will Be Blood (2007), The Master (2012), and Inherent Vice (2014), along with three other soundtracks, Jonny Greenwood is providing the music for both Anderson’s upcoming fashion industry film, currently untitled, and Lynne Ramsey’s sex trafficking drama You Were Never Really Here (2017). The latter screens as part of ‘In Competition’ at Cannes this month. Anderson’s film will probably play major festivals in the fall.

This raises the possibility that scores by Yorke and Greenwood will be competing for the same prizes come the awards season. Maybe the two will fetch up on the Oscar podium next February and Radiohead will be invited to perform? This, surely, would be an advance on the 2014 Academy Awards when U2 appeared to remind us that they are rock music’s self-anointed gift to humanitarianism.