10 Things To Do And See In Fort Greene, Brooklyn

Brooklyn’s charming Fort Greene neighborhood is a designated historic district and the perfect weekend destination for art and culture lovers alike. Our list of what to do and see in Fort Greene only scratches the surface of this neighborhood’s rich cultural fabric, but provides a great introduction to the area’s top hotspots. 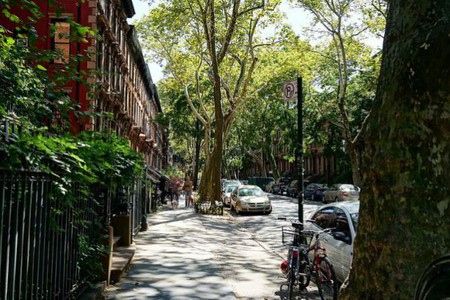 Fort Greene was originally known as ‘The Hill’, and served as a refuge for the elite class from the city’s grime and overcrowding. The construction of the Brooklyn Navy Yard stimulated growth in the area, and a ferry service linking this neighborhood to Manhattan made for an easy commute. The resulting influx of residents transformed the neighborhood from lavish country villas and farms to blocks of charming brownstone row houses for prosperous professionals – many of which can still be seen in their original state. Common architectural styles include Italianate, Neo-Grec and Greek Revival. Famous former residents include Walt Whitman, Spike Lee and Richard Wright. The best walk is down to DeKalb Avenue between the Pratt Institute Sculpture Park and Fort Greene Park. 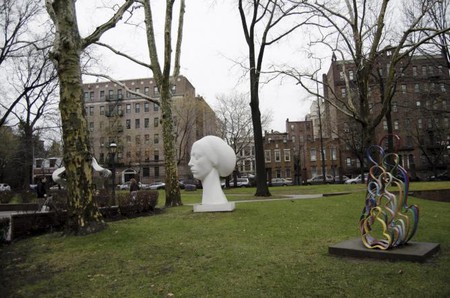 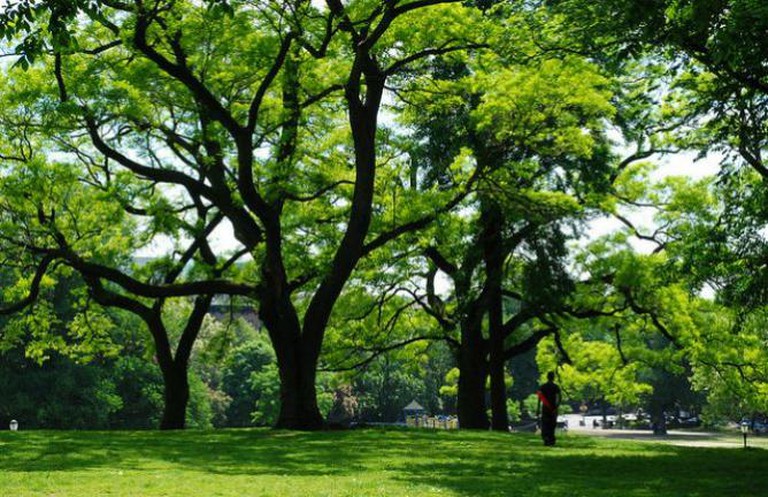 Fort Greene Park | © Francisco Daum/Flickr
The Pratt Institute Sculpture Garden is the largest in the city, recognized as one of the ten best college and university campus art collections in the country by Public Art Review in 2006. The works on view are constantly rotated, with a couple on permanent installation. The park is accessible to the public and feels wonderfully separated from the outside world. Featured artists include Arman, Richard Serra and Mark di Suvero.
Open In Google Maps
200 Willoughby Avenue, Clinton Hill, Brooklyn New York, 11205, USA
+17186363600
Visit Website
Give us feedback 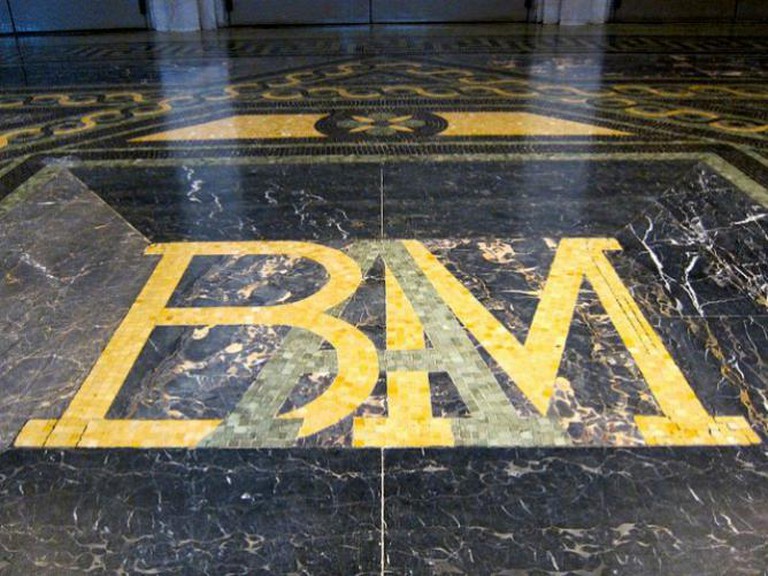 Brooklyn Academy of Music (BAM) | © Kevin Dooley/Flickr
Originally called Washington Park and built on the remains of the old Brooklyn Fort, Fort Greene Park was designed by Frederick Law Olmstead and Calvert Vaux, who were contracted after the enormous success of their design for Manhattan’s Central Park. Fort Greene Park is best known for the Prison Ship Martyrs Monument designed by Stanford White, and the world’s largest Doric column at the time of its erection in 1908. The underlying crypt hosts a fraction of the 11,500 men and women who died aboard British prison ships during the American Revolution. The park plays host to wonderful sledding terrain during snowy winter weekends, and has a year-round greenmarket with vendors selling local vegetables, meats and wine.
Open In Google Maps
South Portland Avenue, Fort Greene, Brooklyn New York, 11205, USA
+12126399675
Visit Website
Give us feedback 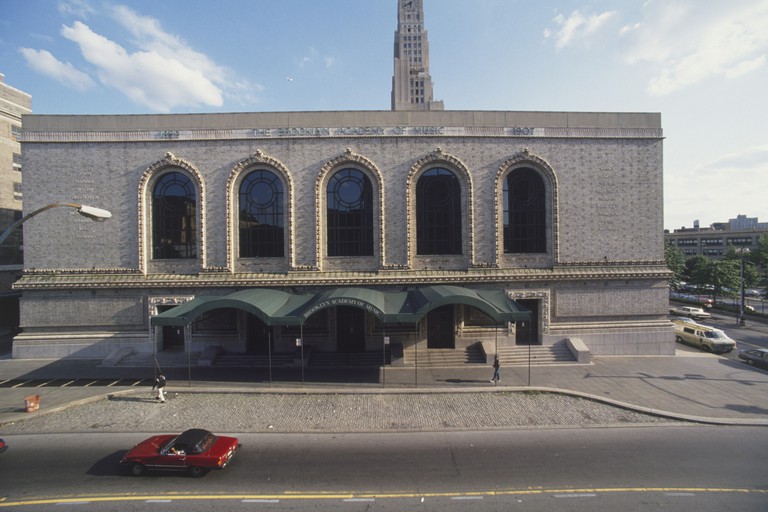 Art Gallery, Museum
Facebook
Email
Twitter
Pinterest
Copy link
Share
Map View
The BRIC Arts Media House is a community-minded, multi-disciplinary organization that is focused on public programming and education. Since its founding in 1979, BRIC has undergone a lot of changes, with its completely renovated contemporary art gallery being the most recent. The gallery is the oldest continuously operating contemporary art space in Brooklyn, and hosts exhibitions by both emerging as well as mid-career artists. Not only does this organization provide amazing opportunities for local artists, performers and creators, but it hosts a wide range of events each month aimed at community engagement, including free classes, lectures and concerts.
Open In Google Maps
647 Fulton Street, Fort Greene, Brooklyn New York, 11217, USA
+17188557882
Visit Website
Give us feedback 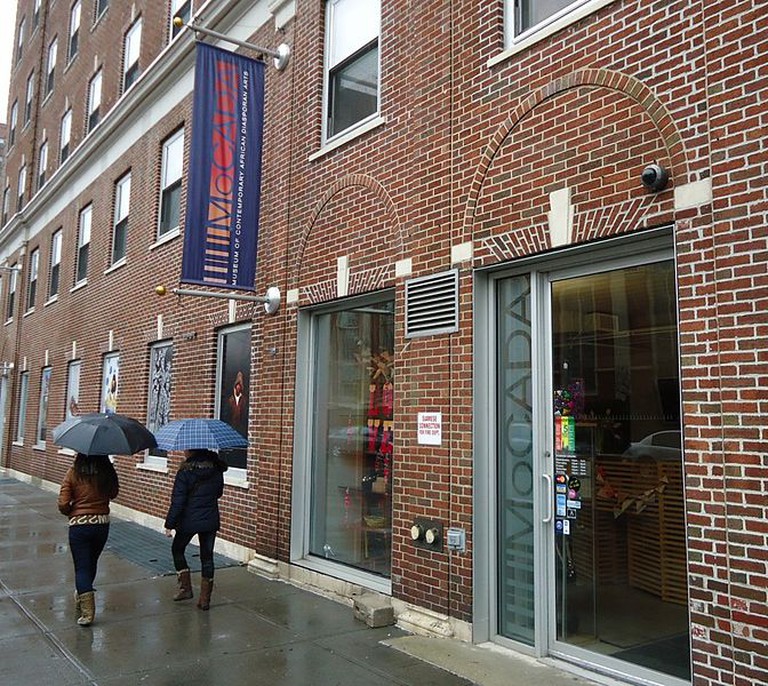 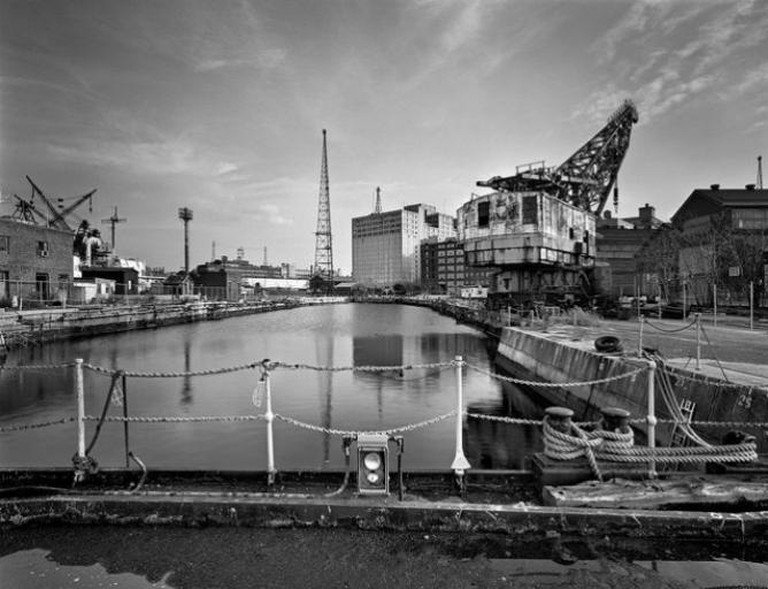 Dry dock 3 from the book: The Brooklyn Navy Yard | © Design Trust For Public Space/Flickr
UrbanGlass is an art center that offers studios, classes, workshops, exhibitions, and an art shop committed to furthering the use of glass as a creative medium. The premises are comprised of an open-access studio home to professional artists and designers, a retail shop with work created at the studio available for purchase, as well as the Robert Lehman Gallery that exhibits work by a roster of international artists working within the glass medium. There are free tours of the UrbanGlass studios available every Saturday at 1 p.m., which offer an inside look at the glass-making profession and the state of the art studio space.
Open In Google Maps
647 Fulton Street, Fort Greene, Brooklyn New York, 11217, USA
+17186253685
Visit Website
Give us feedback

The working section of the Brooklyn Navy Yard is still off-limits to the public, but its rich history and the former Marine Commandant’s Residence are now accessible at Building 92 on the west corner of the complex. Various tours are offered but the building is open to the public and accessible at the corner of Carlton and Flushing. The center is dedicated to preserving the legacy of Navy Yards. Fort Greene’s expansion and development was tied into the government’s decision to construct the Navy Yard on what was formerly known as Wallabout Bay, resulting in the gorgeous architecture of the neighborhood that can be seen today. Building 92 offers exhibitions, archives, and public programs that bring together the Navy Yard history with the businesses that now call it home.
Open In Google Maps
63 Flushing Avenue, Brooklyn Navy Yard, Brooklyn New York, 11205, USA
+17189075932
Visit Website
Give us feedback

Theater for a New Audience

School, Theater
Facebook
Email
Twitter
Pinterest
Copy link
Share
Map View
The Theater for a New Audience provides the counterpart to BRIC and BAM by favoring more traditional programming with a focus on Shakespeare and the classics over new mediums and contemporary culture. In a neighborhood that is changing rapidly day by day, this theater maintains its emphasis on Shakespearean plays vitalized for the modern audience, as well as introducing the material to public school education through a program with the New York City Board of Education.
Open In Google Maps
262 Ashland Place, Fort Greene, Brooklyn New York, 11217, USA
+18668114111
Visit Website
Give us feedback
Give us feedback