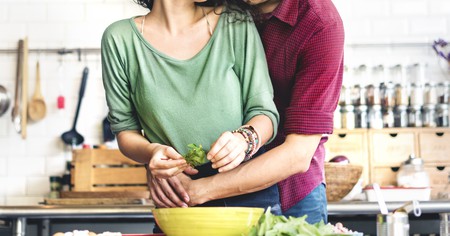 Running a restaurant with a romantic partner can come with its own set of challenges | © Rawpixel.com / Shutterstock

The owners of New York City’s Bistro Pierre Lapin, Don Angie and Hudson Jane reveal what it’s like to open and run a restaurant with a romantic partner.

Operating a restaurant in New York City is hard enough on one’s own, but managing one with your significant other can often come with its own baggage. These restaurant-running couples dish on the good and the bad, what they’ve taken away from the experience and how they stay in love.

For Harold Moore and Julia Grossman, the owners of French restaurant Bistro Pierre Lapin in the West Village, one of the most important facets of their personal and professional relationship is trust.

“When your goals are aligned in the same way and they’re something you feel super passionate about, you can trust that you’re both working toward that,” Grossman says.

Moore is the chef while Grossman wears many hats, including baker and beverage director, and she also manages the front of house. They met when Grossman was working at Pat LaFrieda Meat Purveyors, long before Bistro Pierre Lapin’s doors swung open.

They dated while working in separate kitchens before deciding they wanted to create a project together. That eventually transformed into Bistro Pierre Lapin, home to French bistro specialities.

When Moore’s not in the kitchen and Grossman’s not attending to her many duties, the two plan menus or talk about the future of the business. That means they spend a lot of time together, but they’ve figured out a system to stay grounded – both at work and in their relationship.

“There has to be boundaries,” Moore says. “I don’t get as involved in the service because Julia’s handling it. Not because I’d want to fight with her, but because we have a shared vision and goal beyond just what a normal partnership is.”

Not everything is easy. “We love our jobs, but we definitely spend most of our off-time talking about the restaurant,” Grossman admits. Over the years, they’ve had to figure out ways to spend time doing things that don’t revolve around work, because operating a restaurant is a 24/7 affair.

But Grossman and Moore love that they have the opportunity to run a business as a team, one that was sparked by romance.

“Normally there’s a lot of convincing and negotiating to get the end result,” Moore says. “We don’t have to fight those battles.” 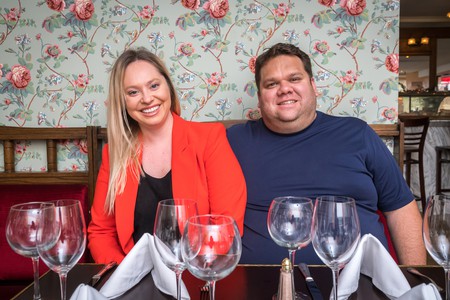 When Scott Tacinelli and Angie Rito started dating, they hardly spent any time together. That wasn’t intentional – it’s just the nature of the culinary industry: long and brutal hours as chefs and servers.

“There was a whole year when we only had two days off together,” Rito says.

Opening a restaurant together not only meant fulfilling a shared dream of owning and operating their own place, but actually being able to spend time together. That dream morphed into Don Angie, a charming Italian restaurant on Greenwich Avenue that’s become renowned for lasagna rolls twirled with hunks of beef and gooey cheese.

Rito and Tacinelli credit their professional success to their personal relationship. They understand the business better because they’re so in tune with each another.

“We’ve been together for a long time, so it makes things easier for us in the workplace,” Rito says. “We’re very much on the same page; it helps us be more efficient at work.”

Over time, Rito and Tacinelli have found that their relationship has become multifaceted. “We definitely have two separate relationships,” Tacinelli says. Their personal relationship has to be separated from their work relationship, but that’s not a bad thing. “I think in the end that makes us stronger,” Rito says.

Despite the day-to-day struggles of running Don Angie, Rito and Tacinelli are simply happy to be able to work together to realize this endeavor – to see something of its magnitude come to life.

As Rito says: “It sounds really corny, but I have to pinch myself sometimes because the way that our life is now and the fact that we get to run this restaurant together – it really is my personal dream come true.” 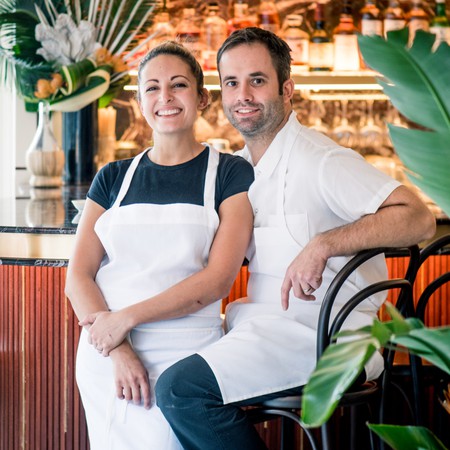 Megan Johnson and Jen LaPorta have a gregarious bartender to thank for introducing them. He struck up a conversation with LaPorta at a West Village wine bar where Johnson was cooking, and eventually she joined in, too. Their first kiss was on the corner of Hudson Street and Jane Street, the future moniker for their Brooklyn restaurant Hudson Jane.

During the beginning of their courtship, Johnson was cooking as well as spearheading other projects.

“It put a lot of strain on our relationship because I was always at the restaurant, and when I wasn’t [there] I only had enough time to sleep,” Johnson says.

“That was so difficult for us,” LaPorta adds. “We never saw each other. It was the most trying time in our relationship.”

So when Johnson was toying with the idea of opening up her own restaurant, LaPorta was adamant that she needed to be a part of it, too. They were both aware that opening up their own restaurant could make or break their relationship. But soon they found that their complementary roles (Johnson as chef and LaPorta working hospitality and management) allowed them to function as a strong, united force.

They did discover that they acted differently when they were working than when they were outside the restaurant. “We both are very different in our professional capacity: a bit more blunt, to the point and direct,” LaPorta says. “Even the tone of voice we use is different than at home. Getting used to that was important in order to not take anything personally.”

Although it took time to get used to certain changes, the two are happy simply to be able to spend a huge chunk of time with each another.

“Really, I have to say our marriage is stronger for it,” LaPorta says. “Therapy helps, too!” 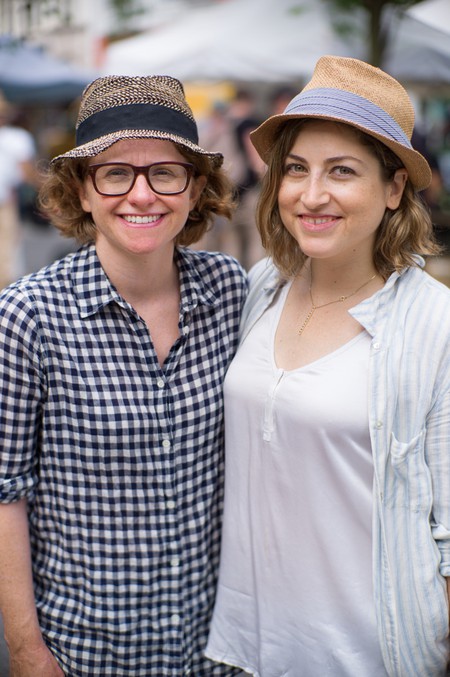