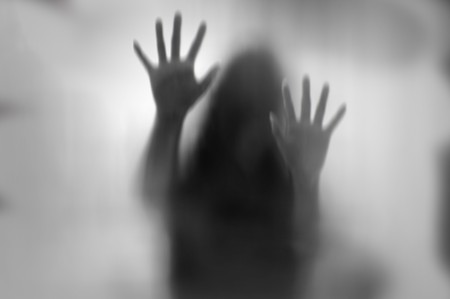 I flicked on the lights, my eyes transfixed on the wall where I had just seen the shadow. Was my mind playing tricks on me? The shadow at the foot of my bed didn’t seem to have an origin. As far as I could tell, there wasn’t any object that could cast such a towering shade on the wall. Yet, there it was in the corner – or rather, there I was in the corner, losing my rationality.

The 10-year old version of myself wanted to cower under the covers, but the soon-to-be 29 year old woman that I am got up and smacked that shadow on the wall. Ghosts be damned. I’m a New Yorker and have spotted scarier apparitions than this on the subway. Of course, my heightened state this evening is a side effect – my sleep collateral damage – to an earlier conversation with a real life Paranormal Investigator.

Michael Cardinuto is a Paranormal Investigator for Long Island Paranormal Investigators in New York. The not-for-profit organization has been in existence since 2003 – started by Cardinuto and co-founder, Robert Levine. Voted “Best Private Investigative Service on Long Island,” the company prides itself on applying scientific measures (or as scientific as one can get with these sort of things) to ghost hunts. Using a myriad of equipment – from temperature gauges to EMF recorders – Cardinuto and his team thoroughly review all evidence collected during investigations to ensure authenticity.

To explore the world of paranormal investigating, Culture Trip spoke to Cardinuto about ghostly disturbances, whether Halloween is in fact the most haunted day of the year, and what to do if you feel a “presence” in your home. 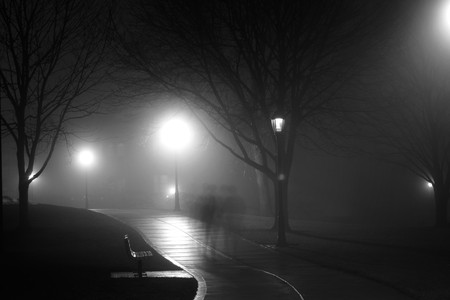 Michael Cardinuto: [My friends and I] were all just hanging out one day when I dared two friends to go into a local abandoned hospital that is supposedly haunted. They took the challenge and went in. My friends were in there for less than two hours and heard loud banging noises that couldn’t be explained. [After that] we began researching local urban legends, bought some equipment and started to investigate. We started out small and worked our way up.

MC: It’s not like you can go to school and become a Paranormal Investigator; it’s almost like you’re self taught. A lot of the stuff that we’ve learned, we’ve learned from just reading books and testing it in our own way. The closest thing you can come to [an official license] would probably be taking parapsychology classes in college.

MC: We (Cardunito and Levine) started the company in 2003. In 2006, we went on our first paranormal retreat with the guys from [the Syfy show] Ghost Hunters – the show came out right after we started Long Island Paranormal Investigators. We went to the retreat and met all the guys from Ghost Hunters, met some demonologists and were asked for our website. We didn’t have a website at the time, so when we came back after that convention we pulled everyone aside – 12 team members – and said we’re going to take this to the next level. Within a week we had our website running and within six months we had our first house investigation, that’s where it started to take off.

MC: The way our system works is you would email us first explaining what your story is, then we email you back with a questionnaire that has 50 questions on it. If you don’t fill [the questionnaire] out, we won’t come and investigate your case. Most bogus calls won’t take the time to fill the questionnaire out. 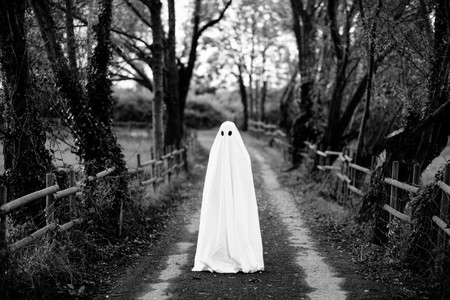 MC: One that’s really common – which I get a lot of emails about and have witnessed myself – is a phenomena called ‘shadow people.’ [A shadow person] is a complete black mass in the shape of a person. A lot of people claim to have seen shadow people. What a shadow person is – nobody knows exactly – paranormal experts don’t believe it’s of human origin; a lot of people believe they are inter-dimensional beings. That’s one of the biggest claims of what you would visually see. Another big one for our group – in regards to evidence that we capture – is EVP (Electronic Voice Phenomena). With EVP, we go out to a field and ask random questions and wait 20 or 30 seconds to try and get an answer. You don’t hear anything at the time but when you play [the recording] back, sometimes you get an answer.

MC: They do say that pets are more perceptible to [paranormal activity]; they’re vision is different from ours. They’re able to see things we can’t actually see. I know that a lot of our clients with pets, have said their pets have been affected by the paranormal activity going on. If [the paranormal presence] is something that’s “regular,” the pets will just stare; but if the presence is negative, the pets can react negatively as well.

MC: Number one, we always say make a change in your environment. First thing you do is turn the lights on then put your chair up against the wall, to minimize space behind you. Look around the room; try and see what you’re seeing or what you’re looking at. If you’re religious, say a religious prayer. If you’re not religious, light a white candle and say: “whatever spirit is here, you need to leave, you’re not welcome here.” Take control; a lot of times that works.

MC: I’m a firm believer that one shouldn’t mess with the Ouija board. I know it’s just a board game – they sell it in Toys “R” Us – the board itself isn’t bad, it’s the way it’s being used. A lot of people don’t understand why it can affect you. You have a group of people placing their hands on the planchette and asking spirits [questions] but you don’t know who you’re talking to. You’re allowing whatever spirit is around you to enter into your body and move [the planchette]. That’s what makes it dangerous, because you don’t know what you’re letting in. They say a lot of demonic cases come from using Ouija board. 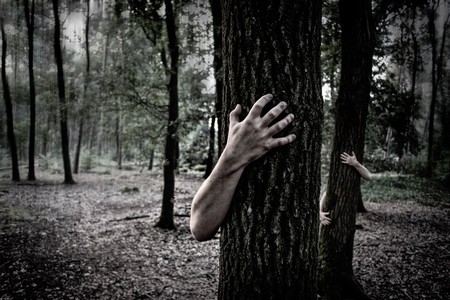 MC: My most memorable case was on [Long Island’s] Mount Misery Road. Our team broke up Mt. Misery Road into three different sites. I would say my most memorable investigation was back in 2006 when we entered site two for the first time. That night we had a group of 10 of us, and as we were walking into the woods – around 10:30 at night – I kept feeling there was something behind me, watching us. I turned around and saw what looked like a shadow person across the path. We got interference on our walkie talkies then, all of a sudden a voice came over the walkie saying “they’re here” twice. Everyone freaked out, then the voice said “please let me down” followed by “I’m burning.” It lasted about a good minute and then just stopped. This happened within the first 10 minutes of us walking in. I’ll never forget it.