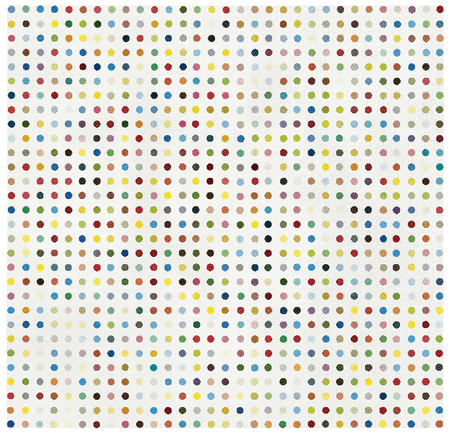 On June 19, three men were charged for selling $400,000 worth of faux Damien Hirst prints online. Vincent Lopreto, a member of the indicted trio, has already served time in New York state prison for the same crime. In fact, he was released only two weeks ago before returning to his craft of choice.

Lopreto, 52, was arrested in New Orleans after undercover cops in New York attempted to purchase his ‘limited edition’ prints by Damien Hirst, which were advertised with fake purchase receipts and certificates of authenticity. According to ArtNews, the reproductions were selling for up to $14,000 a pop. 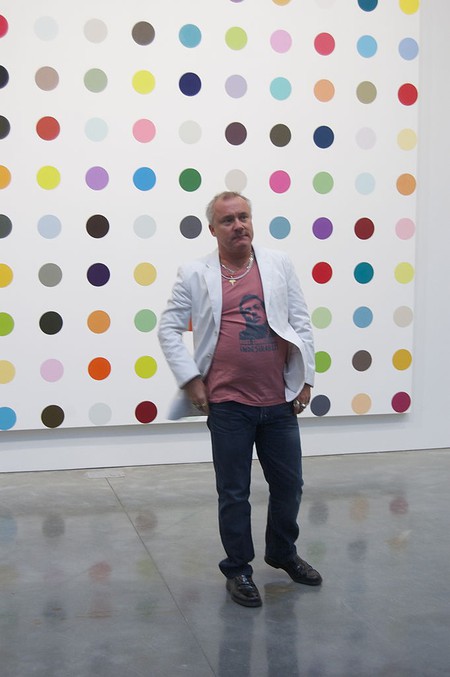 According to The Guardian, Lopreto has been charged with counterfeiting artworks by Hirst no fewer than three times, having accrued similar charges in 2008 and again in 2014. While the specific artworks he reproduced have not been revealed, at least one of the prints was allegedly Esculetin (2012), part of the artist’s series of multi-colored spot paintings.

“Vincent Lopreto is charged with resuming the same scheme to knock off Damien Hirst artworks that sent him to prison, just 15 days after being released,” said Cyrus Vance, Manhattan district attorney, in a statement. Because Lopreto and his collaborators actively convinced buyers that the artworks were legitimate, Vance considers the case to go “beyond plain imitation.” Vance noted that the high demand for limited-edition artworks had caused an increase in crimes like these.

The three men have been charged with grand larceny and scheme to defraud. If Lopreto is found guilty, he could spend up to 20 years in prison.