Unlike the finger paintings you recall from your youth, Iris Scott’s handmade masterpieces are elaborate, precise, and need to be seen to be believed.

Before she settled in Bed Stuy, Brooklyn and mastered the painting technique which would transform her career, Scott was a budding full-time artist living in Kaohsiung, Taiwan. It was in Kaohsiung, during an afternoon painting session, that a lack of clean brushes prompted Scott to complete an unfinished painting using her own fingertips. After finding that paint could be manipulated to mimic clay, making texture and thickness easier to control, Scott never looked back, and soon became the first professional finger painter. 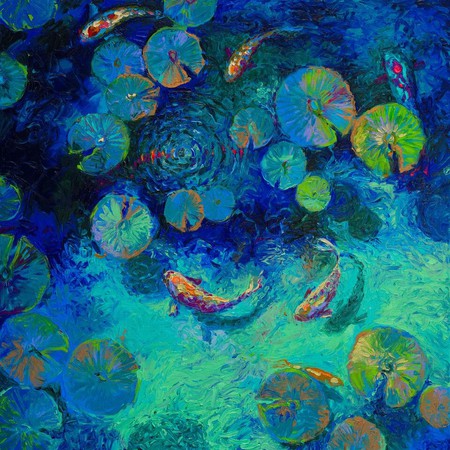 Born to what Scott describes as ‘hippie parents,’ Scott grew up on a microfarm in Maple Valley, Washington, where she was surrounded by animals and art. These influences can be observed in her work: take her popular “Shakin’ Dogs” series, in which she depicts wet canines drying themselves off. Even Scott’s kaleidoscopic use of color can be traced to her unconventional upbringing: Iris was named after the Greek goddess of the rainbow. 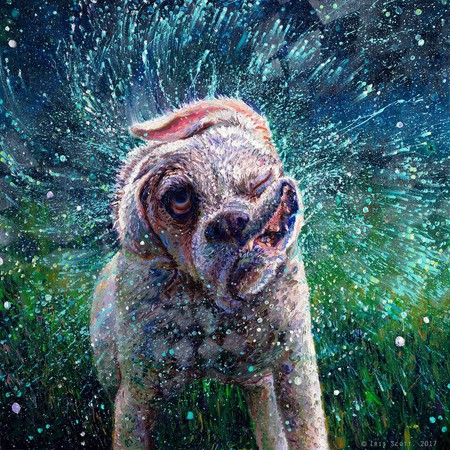 A lot has changed since that fateful afternoon in Kaohsiung. In 2014, Scott relocated to New York in order to be closer to the city’s renowned art museums. The Lower East Side’s Filo Sofi Arts, which hosts Scott’s solo show opening on March 1, is one of three national galleries representing the artist, who counts Forbes, Business Insider, Microsoft, and Coca-Cola amongst her fans. While Scott has changed her surroundings, her unusual painting technique has remained the same: Scott put down the paintbrush in 2010 and hasn’t picked one up since. 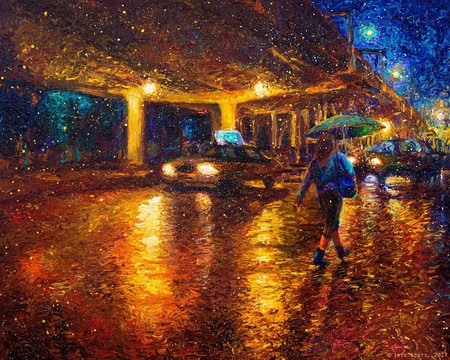 If you’re in New York, you must see Scott’s masterpieces for yourself. The artist’s solo show opening will be held on March 1 at the Lower East Side’s Filo Sofi Arts.