This App Gives You Cheap Access to Manhattan's Luxury Gyms 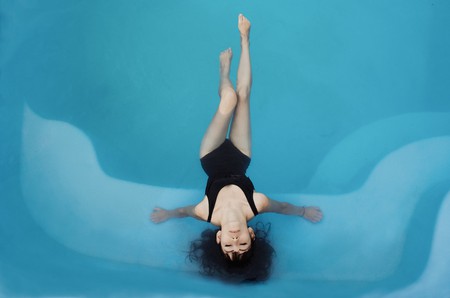 As one of the world’s foremost foodie cities, a trip to New York normally comes with a calorie surplus that’s difficult to counteract without access to your regular gym. Enter POPiN, the new app that lets users pay as they go—making the city’s high-end gyms accessible between cupcakes and pizza slices.

Download the POPiN app and you’re given access to a selection of luxury gyms on the island of Manhattan. These are places that would set you back $100–$250 a month with an ordinary monthly membership, but you’ll pay only for the time you spend there.

Instead of being tied to one specific gym, it enables users to exercise at the nearest and most convenient location, and the time-based pay structure gives them control over how much they spend per workout—which, for an hour, is generally half the price of this city’s ubiquitous $32 classes.

“New York is a city of movers. We work out of multiple spaces, we’re constantly on the run, and we have wildly unpredictable schedules. So many of us simply can’t commit to just one location, which is where POPiN comes in,” says Dalton Han, the CEO and co-founder of the app. “This is not to mention the hordes of travelers staying in Airbnbs and hotels with less than adequate fitness equipment.” 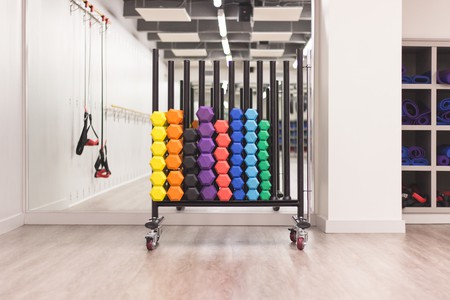 Use exclusive gyms on a pay-as-you-go basis with POPiN | Andrew Pons, Unsplash

To compete with apps like ClassPass, which has partnerships with over 1,000 boutique fitness studios in the New York City vicinity, POPiN’s roster of participating gyms have top-notch facilities and luxury amenities. Take, for instance, the Mercedes Club—a midtown sports center that boasts an indoor basketball court; boxing, spin and yoga studios; sauna, jacuzzi and steam rooms; vegan cafe and juice bar; and rooftop pool. In other words, it makes most branches of Equinox look positively down-market.

Currently the app is only available in Manhattan, but if it expands the way the founders intend, POPiN could be an essential travel app for anybody who wants to maintain a healthy lifestyle while away.

How about Tips For a Fitter, Healthier Vacation or Outdoor Workouts in NYC to Try This Summer.