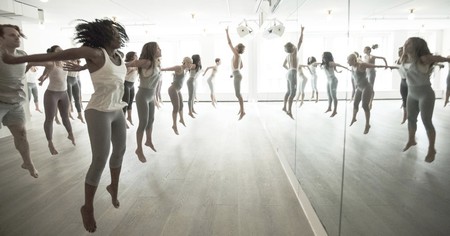 The Class is a unique exercise experience | © Jaimie Baird

At a serene studio in TriBeCa, decorated in a soft palette of feather gray, a mostly female group is sweating its way through a long round of burpees. At the top of each move, popping to their feet, they release a forceful “HUH” in unison. Muscles burn and lungs clamor for air. Accentuated by sheer determination, the auditory releases become louder and less inhibited, somehow propelling the group through burpee after burpee.

This is The Class, an exercise experience that could conceivably have been the inspiration behind the phrase: “It’s not a workout, it’s a work in.” Creator Taryn Toomey, who taught The Class out of a bare-bones apartment building gym for two years before opening her own studio, uses a precise methodology of movement and language to dismantle blocks and help attendees push through personal discomfort.

“I found, when I was exerting my body, there was a wall – not a wall that’s related to injury, but a wall that’s filled with all the reasons and excuses why you can’t do something,” explains Toomey, whose pale-hued activewear matches her studio’s airy aesthetic. “I found that it always felt better when I would make some sound. A loud exhale or a ‘huh.’ The release allowed for more space to continue to move on and forward.” 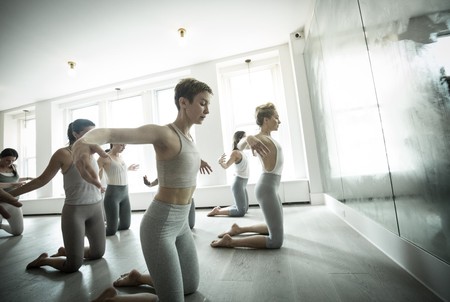 The Class is genuinely a great workout – a cardio-strength blend that uses nothing except your body weight and a yoga mat. However, it’s the psychological effects that set it apart from other boutique fitness offerings in NYC. Most of us are familiar with the sabotaging agenda of our own internal dialog. When you come to The Class, you’ll be encouraged to explore those disempowering thought patterns and the ways they’re holding you back, not only as they relate to your physical goals, but also across every aspect of your life.

When I tried The Class, the group was instructed to drop down into plank position. People hesitated, still trying to catch their breath from the previous round. “What are you waiting for?” Toomey asked the room. “And I don’t just mean here in this moment. What the hell are you waiting for?”

By using universally applicable questions like this, she provokes moments of self-interrogation. Some people are quietly moved to tears. Others release vocal outbursts as if they are going to battle with their inner demons. By the end, as everybody settles into shavasana pose, there’s a deep sense of calm in the room.

Unsurprisingly, people are often drawn to The Class while transitioning through phases of uncertainty. It’s not only a cathartic experience, but a fortifying one too. As you turn down the volume on the internal chatter, you realize how strong your body is, and as you power through physical discomfort, you become astounded by your own mental resilience.

“You can use what we’re doing in the room as a training ground, and then you bring it out to your life,” says Toomey. “I think that’s why it resonates with so many people: because we’re not just talking about the workout; we’re talking about all of the other things you’re doing and executing that are difficult. We’re practicing presence; we’re practicing empowerment; we’re practicing embodiment. All of those things can be used as medicine for life, you know?” 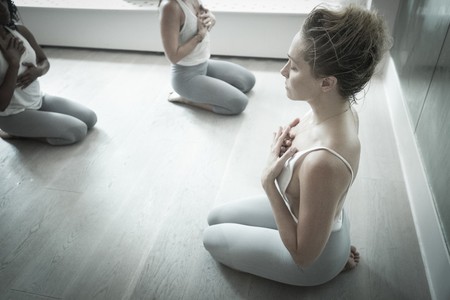 "The Class" in session, New York, USA. | © Jaimie Baird
Give us feedback