The Unlikely History of Outdoor Dining in the USA 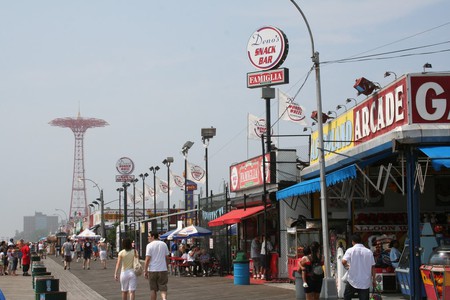 Coney Island, where al fresco dining in America is said to have originated | © Nithin Shenoy / Flickr

There are a few givens when it comes to summer—it’s time for the beach, the ocean, and al fresco dining.

While we now take patio or backyard seating for granted in the warmer months, whether it is at a restaurant or our own homes, it wasn’t always a given that people would want to eat outdoors when they had worked so hard to put a roof over their heads and a dining room and table to put the food on.

So, where does the impulse to eat outside come from? 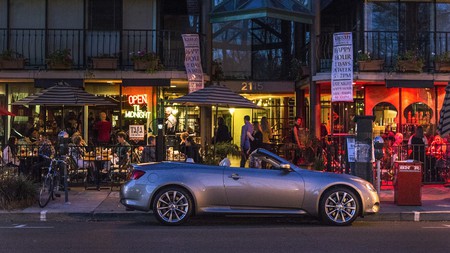 Outdoor dining is wildly popular in the United States, but this has not always been the case | © Robert Couse-Baker / Flickr

In America, at least, some people claim that honor may go to none other than the carnival destination spot in New York City, Coney Island.

Since 1829, when the first hotel on the island opened, this seaside locale in Southern Brooklyn has been a destination for those looking for a little sun and seafood. In the ensuing decades, New Yorkers looking for a break flocked to Coney Island, where they could swim and eat clams pulled fresh from the sea.

Coney Island became an amusement park with the introduction of the first modern roller coaster in the world in 1884. It attracted international attention, and attendance at the park swelled. By the early 1900s, 250,000 lights were illuminating the park at night to accommodate the crowds.

Coney Island, where al fresco dining in America is said to have originated | © Nithin Shenoy / Flickr

Restauranter Charles Feltman sensed an opportunity. The pie salesman wanted to expand his culinary offerings and wedged a sausage between bread. And viola—the hot dog was born.

Feltman leased property on Surf Avenue in Coney Island for a restaurant at which to serve his new culinary delight, and it included lots of outdoor seating. People flocked to both concepts, and Feltman’s empire expanded rapidly. At its apex in the 1920s, Feltman’s included nine restaurants, a roller coaster, a carousel, ballroom, outdoor movie theatre, beer garden (also outside) and yet more outdoor seating, staffed by singing waiters. The open-air dining concourse was the place to be in Coney Island. It became so famous that President William Howard Taft paid a visit.

Where did Feltman’s genius idea come from? As a German immigrant, he was well acquainted with the beer garden, a concept which was and still is very popular in Germany.

Although the original Feltman’s no longer exists, its legacy lives on in another famous hot dog empire: Nathan’s Famous. Nathan Handwerker, the founder of Nathan’s Famous, was one of Charles Feltman’s employees. He began undercutting his former boss by opening his own empire and selling hot dogs for five cents cheaper than Feltman did. 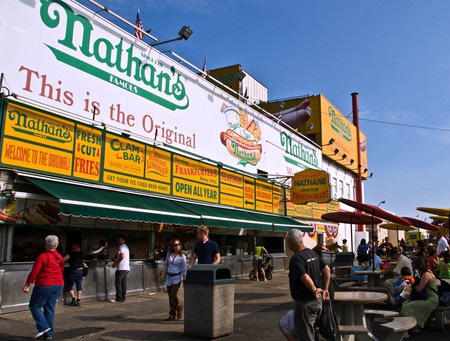 Originally a competitor, the Feltman's legacy lives on most clearly in Nathan's | © Tony Fischer / Flickr / Derivative from original

So, next time you are grilling on your patio for a big barbecue outside or sitting in the twinkling backyard garden of a beautiful restaurant, take a moment to tip your hat to Charles Feltman, without whom we might all be spending our summers eating in an air-conditioned room.