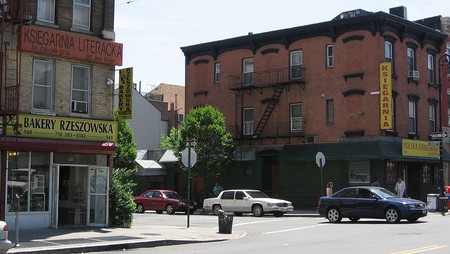 Brooklyn’s northernmost neighborhood is known for its laid-back vibes, cool restaurants, and always popping bar scene. It’s got some of the most eye-catching architecture in the borough, dating back to the 1800s. At one point, it was known as Little Poland, but now, it’s grown to welcome a smattering of people in their early 30s who are heavily involved in the arts. For those intrigued by the area, we’ve got your guide to the best places to eat, drink, and play. Here’s what you should know before you sign the lease on that place in Greenpoint.

The Vibe of the Neighborhood

Experts say… “It’s very laid-back. There is a great mix of people here. It is like a small village that has anything you would need. We have every major bank, several gyms, large chain pharmacies, and some of the best restaurants and bars in North Brooklyn.” —David Gaidowski, managing partner of Native Real Estate

“For a long time, Greenpoint was considered geographically isolated, and because of this, Greenpoint developed its own style of doing things. Down to earth and hardworking, there’s a ‘can-do’ spirit here that has inspired generations of creative and skilled workers. All that hard work, I think, also influences just how wonderfully the nabe spends its time off. Surrounded by dozens of parks, pools, sports facilities, and waterfront piers, there’s a lot of opportunities to be outside and among your neighbors, family, and friends.” —Lynn Del Sol, agent from Brown Harris Stevens 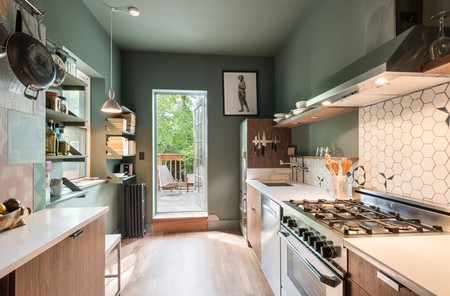 What Should a New Renter Know About Greenpoint?

“Stay away from the over-priced new construction buildings that offer free months, no broker fees, etc. The reason they are giving those incentives is because their apartments are grossly over-priced. Once the lease term is up, it won’t be a good deal anymore.” —David Gaidowski, managing partner of Native Real Estate

“I would implore people to please work with a reputable broker. Preferably someone who is part of REBNY, which requires a certain standard of ethics from their members. I hate hearing how folks feel taken advantage of when apartment hunting in Brooklyn. Also, know what rent stabilization is and means to the community. If you don’t plan on being in that apartment for at [least] five years, consider not renting these kinds as apartments as the constant churn of tenants only exacerbates higher rents. Also, really think about ‘no fee’ apartment—that adage ‘you get what you pay for’ goes a long way.” —Lynn Del Sol, agent from Brown Harris Stevens 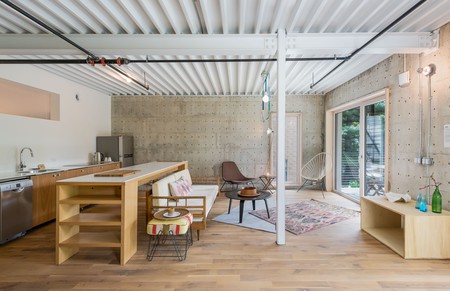 “Esme is great. They have quality classic American food and a really nice backyard. Anella has been one of my favorites for years. They have a similar vibe as Esme. Barley and Lobster Joint are on the casual side, but both have great food and friendly staffs. If you are looking for something a little more upscale, I would recommend Glasserie, The Bounty, or Cherry Hill. Paulie Gee’s and Fornino are both great spots for pizza. As far as drinking, I would recommend Pencil Factory, Romona, Oak & Iron, and Tender Trap.” —David Gaidowski, managing partner of Native Real Estate

“Espresso Tonics from Crema ($5), the Shrimp and Calamari pizza from DAR 525 ($14), the Nettie bagel from Frankel’s ($13), the Gimlets from The Shanty (happy hour $7), and lastly, I’ll drink whatever friends are buying while playing some pool at Goldie’s.” — Lynn Del Sol, agent from Brown Harris Stevens

“A lot of people will tell you that living off of the G train is inconvenient. I disagree. I’ve been in Greenpoint for almost 15 years and don’t think the G is much worse than any other train. Service will also improve (more cars and more frequent trains) once there are more people here.” —David Gaidowski, managing partner of Native Real Estate

“Most folks would complain that transportation is a disadvantage in Greenpoint. As I mentioned earlier, historically, Greenpoint has been seen as ‘cut off’ from Manhattan and the rest of Brooklyn. However, I would argue two points. It’s been a long time—two decades or so—since the G train (the area’s main subway line) could be considered unreliable. I think it gets a bad rap for problems that have long been solved. Second, beyond MTA buses, which you can text now for arrival estimates, we have Citibikes, Water Ferries, Water taxies, Green taxicabs, black limo cabs, the L train just a few minutes walk away and connections to the J, M, E, and 7 trains.” —Lynn Del Sol, agent from Brown Harris Stevens

*All statistics taken from City-Data.com

Cathedral in the Neo-Gothic style designed by Patrick C. Keely in 1875.

Greenpoint’s historic district is famed for its elegant mid-19th-century townhouses. 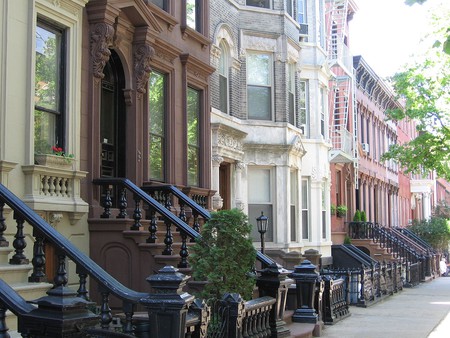 What Should Newbies Know?

“It is still an up-and-coming neighborhood. The waterfront is currently being developed. There are several towers going up with hundreds of luxury condos and rentals that will be available in the next 12–18 months. So, today you are looking at the ‘before’ picture of Greenpoint. There will be several thousand more people in the area in the next two years. This will also bring national retailers to the area so you will see more chain stores and restaurants.” —David Gaidowski, managing partner of Native Real Estate

“As a Greenpoint newbie, you should maybe not stay away from, but be aware of just how much money you are spending on eating out. I mean, everything seems over-the-top delicious here so that it can get out of control real quick.” —Lynn Del Sol, agent from Brown Harris Stevens 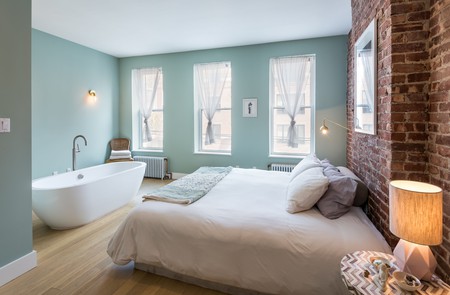 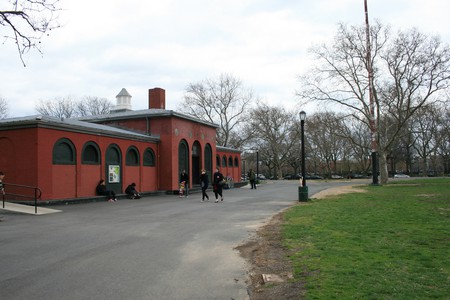 McCarren Park | Talling55/Flickr
Give us feedback