The Best Restaurants in Bushwick, Brooklyn 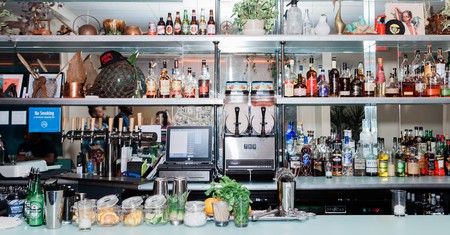 Over the years, Bushwick has quietly changed from an industrial enclave rife with defunct factories and loft parties to a neighborhood filled with vibrant street art and an increasingly hip dining scene. New and established restaurateurs have flocked to the neighborhood, setting up shop in spacious settings and delivering a welcome diversity of cuisine (from Japanese to Sichuan and Mexican and Italian) to suit Bushwick’s melting pot. These are the best restaurants in Bushwick. 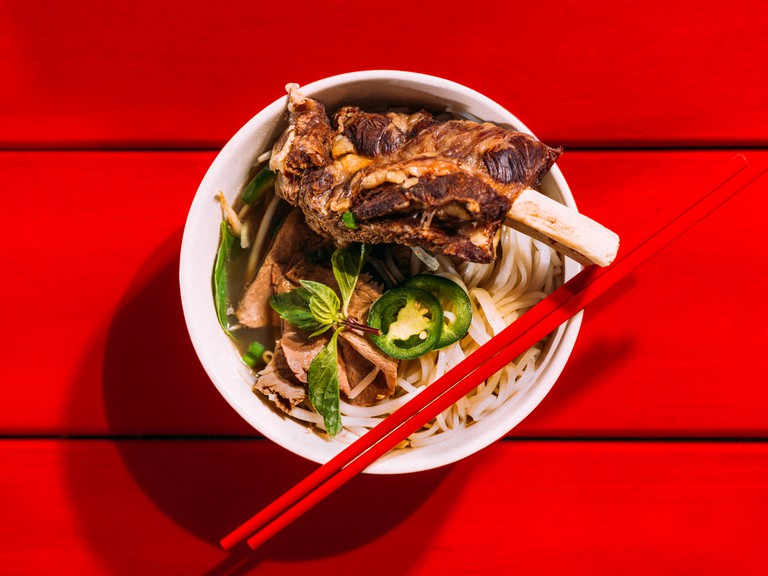 Photography by All Good

Since opening in a new, bigger location in 2017, Bunker is now much closer to the L train – a happy fact that quickly delighted fans of chef Jimmy Tu’s Vietnamese street food. The menu covers a lot of ground – from summer rolls and house-smoked bacon banh mi sandwiches to bowls of pho and fried whole fish. Even with the larger space, the restaurant remains quite busy, although there are often reservations available.

Restaurant, Mexican, $$$
Facebook
Email
Twitter
Pinterest
Copy link
Share
Map View
The tortillas at Tortilleria Mexicana Los Hermanos are certainly fresh. After all, the tortilleria comes from the same people behind the tortilla factory directly next door, so warm maize taco shells fly off the line and straight onto crimped paper plates. The taco fillings are trimmed down to a few offerings – seven varieties ranging from chorizo to carnitas – which are flung onto corn disks with a wedge of lime and a dousing of house-made electric red and green salsas.
Open In Google Maps
271 Starr Street, Bushwick, Brooklyn New York, New York, 11237, USA
+17184563422
Visit Facebook page
Give us feedback 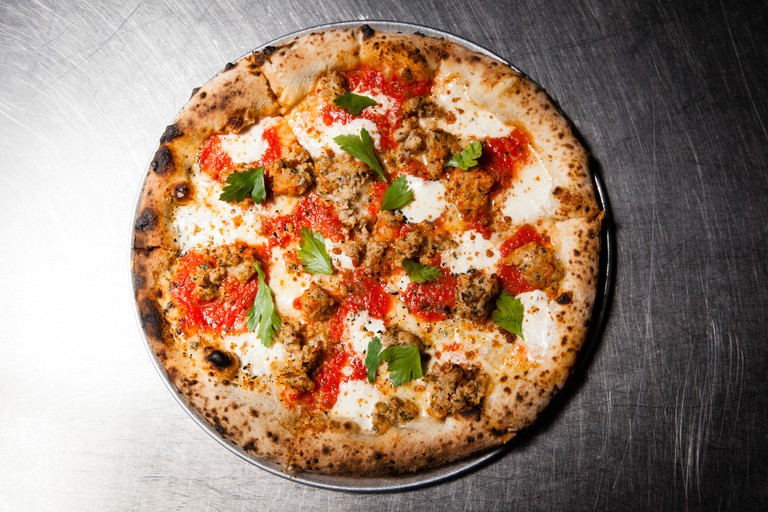 Tucked behind the dilapidated cinder-block exterior of an old warehouse, Roberta’s is Bushwick’s center for pizza. Even after nearly 12 years in the neighborhood, the pizzeria still touts long waits for its famed Bee Sting pie (crisped-up dough painted with tomato sauce, mozzarella, soppressata and honey) and a growing roster of wood-fired pies, plus a slew of veggie-centric small plates, pastas and bigger entrees like braised tripe and skate wing. Additions have expanded Roberta’s from a mere restaurant to one with an attached bakery, takeout and winter garden – along with Blanca, a hidden restaurant run by the same team, housed out back.

BK Jani squeezes a lot into a tiny counter-service operation: Pakistani street food, brightly painted murals etched on the walls and communal picnic tables. It’s certainly a teeny space, but no matter: the food is well worth the tight quarters. The Jani burger, a thick puck of halal meat, arrives hugged by a soft seeded bun, complete with spicy green chutney and a slice of tomato. There are lamb chops, seared until blackened and wonderfully charred, and a seekh kabab roll: crisp flatbread crowned with hunks of beef, vegetables and a showering of sauces. Everything is slipped onto white paper plates and meant to be shared – including the tangle of spice-dusted fries that land on every table. 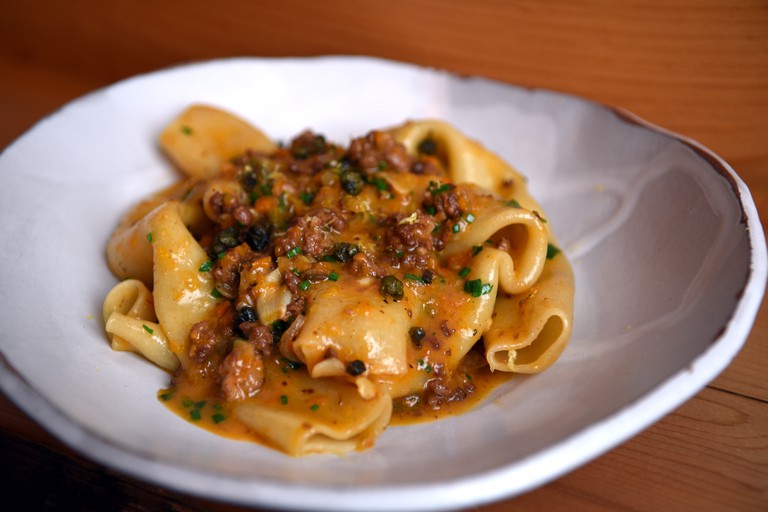 Executive chef Kevin Adey flaunts a constantly changing seasonal Italian-American menu at Faro, where he indulges in in-house flour milling and whole-animal butchery. The sleek, Michelin-star restaurant emphasizes pasta: pillowy gnocchi folded with lamb-neck sugo, tortelli swimming in truffle cream, and cavatelli shells showered with breadcrumbs and beef ragu. A wood-fired oven wheezes in the back, spitting out an assortment of plates like strip steaks and scallops brightened with brown butter. 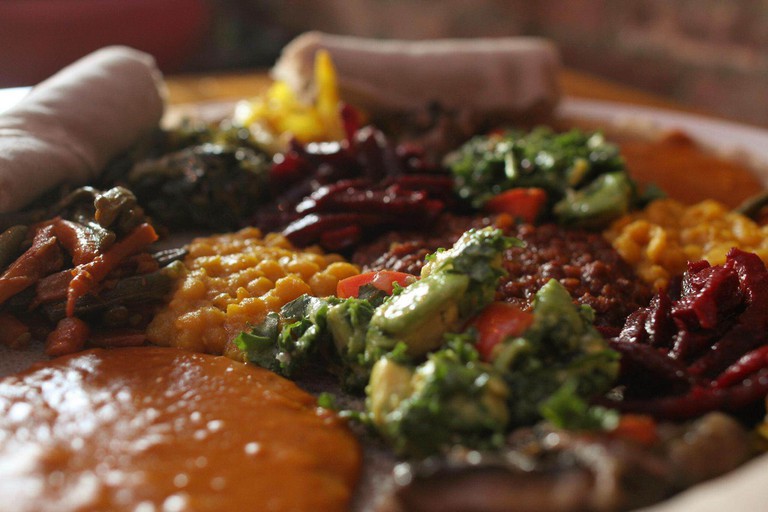 Entering Bunna Cafe means you’ll eat the Habesha way: with your hands. The vegan, Ethiopian restaurant on Flushing Avenue celebrates the delicacy of eating without utensils: here, diners scoop mounds of stewed collard greens, red lentils and mashed yellow split peas with scraps of pillowy injera (a soft sourdough bread often served rolled up like towels). A host of cocktails rounds out the menu, along with bunna (Ethiopian coffee), brewed with cardamom and cloves.

The perennial favorite at this arepera just off Maria Hernandez Park is the pabellón, a yellow corn, puffy arepa overflowing with ribbons of beef, salty cheese, sweet plantains and black beans. The arepas don’t stop there – there are 11 others to choose from – along with a roster of Colombian and Venezuelan specialties like corn swiped with chile and cheese, palmable empanadas jammed with ham and cheese and refreshing, fruity drinks. 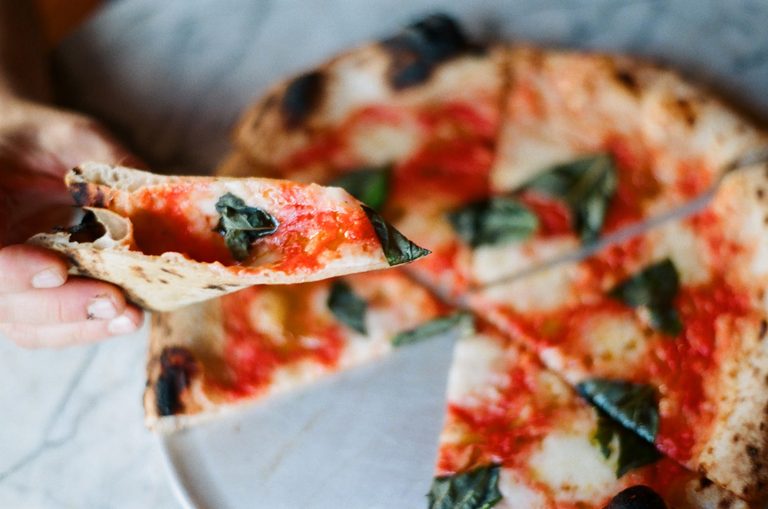 Ops is housed in a teeny dining room offset with a string of chairs at the bar, but the crispy, blackened pizzas that emerge from the wood-fired oven make up for the lack of space. The menu is quite short, complete with a few small plates like pickled golden beets and butter beans, and a roster of impressive-looking pizzas: some arrive topped with broccoli rabe and potatoes, while others are square pies, springing out of the oven bubbling with house-made mozzarella, olives and basil. If there’s a wait, sip a house negroni as you watch the servers shepherd pizzas back and forth. 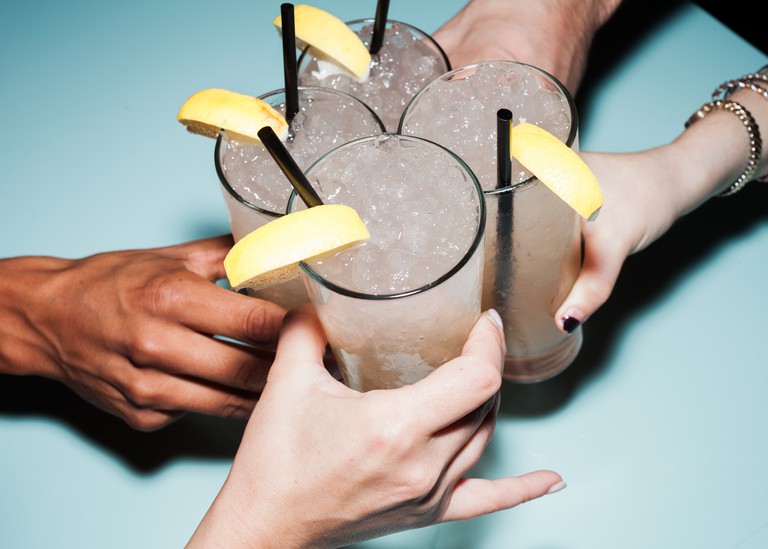 Restaurant, Sushi, $$$
Facebook
Email
Twitter
Pinterest
Copy link
Share
Map View
Between the taxidermy on the wall, the red moody lighting and the skeleton remnants of an old garage, Momo Sushi Shack harks back to Bushwick’s inaugural dining scene – after all, the restaurant opened on Bogart Street in 2010, slinging a mix of izakaya fare and sushi. These days, the locals flock for the sushi bombs: mounds of sushi rice draped with eclectic combinations of fish. There’s a handful of traditional sushi and hand rolls, too, plus bowls of ramen, pork buns and a comprehensive sake list.
Open In Google Maps
43 Bogart Street, East Williamsburg, Brooklyn New York, 11206, USA
+17184186666
Visit Website
Give us feedback 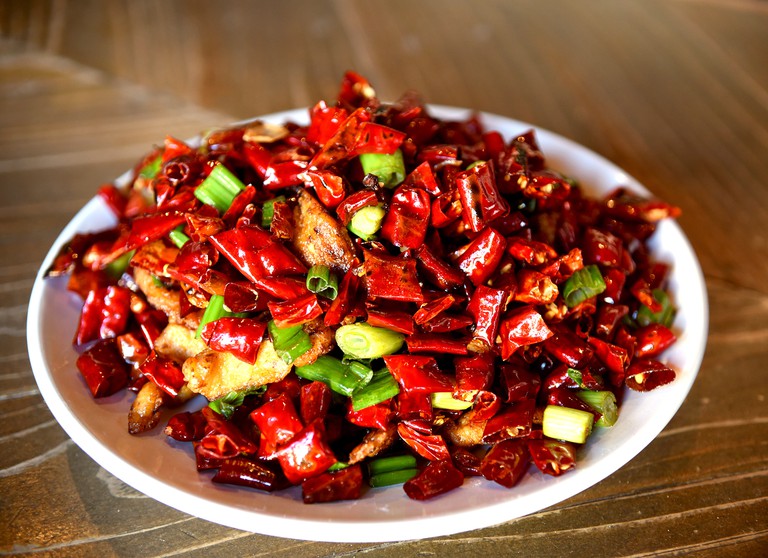 Bushwick has long yearned for a Chinese restaurant, and over the past few years General Deb’s has filled that void. The Sichuan restaurant is from the same people behind nearby Faro, but instead of Italian food, spicy Chinese fare is the main attraction. Look for noodles and shrimp bobbing in a fiery broth and twice-cooked pork laden with leeks and fermented black beans. Everything on the menu is under $18, keeping General Deb’s an affordable option for the neighborhood. 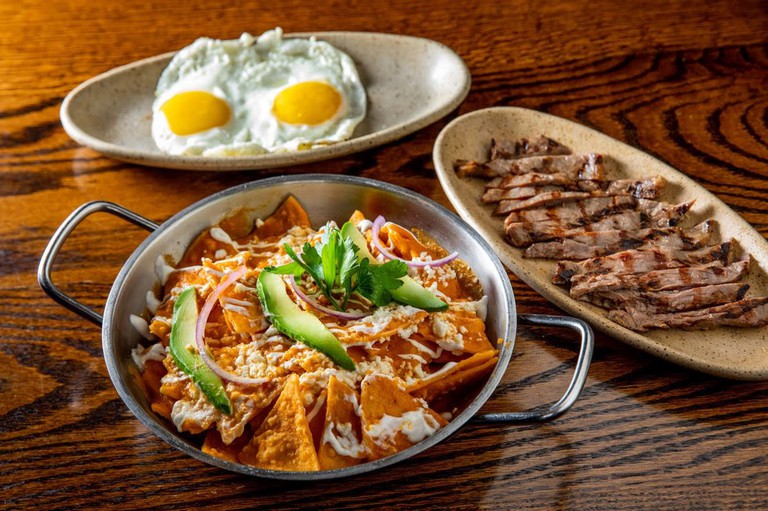 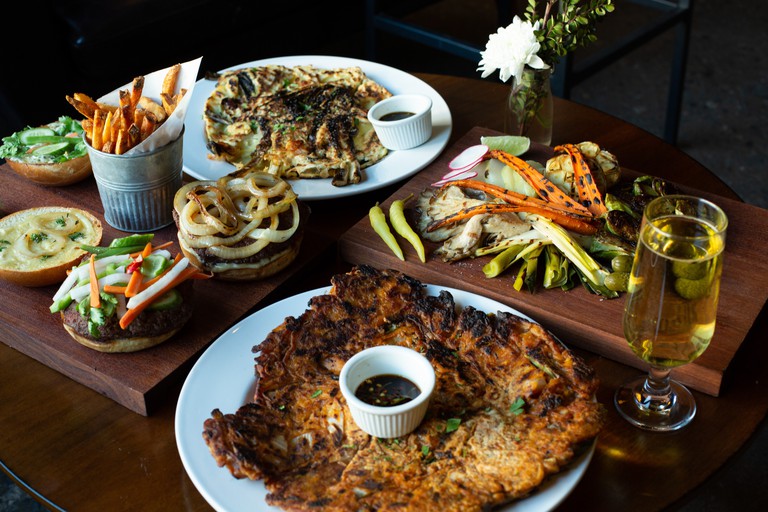 It’s easy to spread out in Brooklyn Cider House’s massive taproom. The cavernous space is devoted to all things apples and cider: enormous barrels of cider are housed here, providing guests the opportunity to “catch” cider as it flows out from small spigots. There are five farm-to-glass ciders available – from sour to bone dry – that the Cider House makes, plus a host of draft and bottled ciders from New York State and abroad. Stop in for a glass of cider and bar food, like nachos and chicken wings, or make a reservation for a four-course, family-style prix fixe dinner where you’ll catch cider in the barrel room and feast on dishes like Basque-style clam risotto and whole red snapper.

Once a family residence in the early 20th century and then a bodega, this Bushwick space has since morphed to accommodate Maite, a seasonally driven restaurant that blends American, Italian and Colombian cuisine. Think empanaditas – puffed up and hiding a slew of always changing fillings – alongside burgers and diamond-shaped pasta swirled with braised rabbit. The menu (scrawled on a blackboard behind the bar) changes often and with the seasons, revolving around what can be found at the market.

This is an updated version of an article created by Chelsea Baldwin.