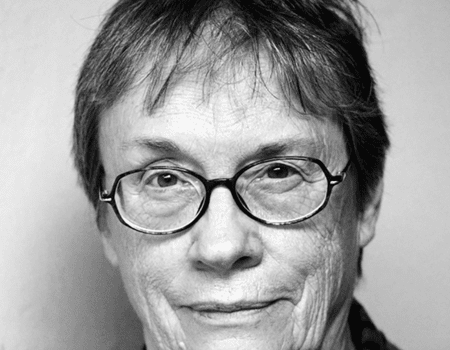 The award will highlight the writer’s “outstanding contribution” to American letters.

The National Book Foundation has announced that it will award the writer Annie Proulx with a lifetime achievement. Proulx will receive a medal and honorarium at the 68th National Book Awards ceremony this November.

The award recognizes Proulx’s longstanding achievement in American letters and culture. She has written some of the most impactful fiction of our time, including the Pulitzer Prize winning novel The Shipping News, the epic Barkskins, and the monumental short story “Brokeback Mountain,” which put into focus the taboo romance of two cowboys. The story was later adapted into an award-winning film starring Anne Hathaway, Jake Gyllenhaal, and Heath Ledger in one of his final film roles.

“I was astonished when I first heard that news,” Proulx told the Associated Press. “I simply had not thought of my various writings as a body of work that might be considered as a contribution to American letters. It almost seemed that I had been negligent in writing what I considered discrete novels and stories instead of shaping a holistic something that might be regarded as a life work.”

In a prepared statement, Lisa Lucas, the executive director of the NBF, wrote: “Annie Proulx’s ability to explore the nuances of the human spirit and render deeply moving reflections on rural life have solidified her place in American Letters. In addition to her astounding literary accomplishments, film adaptations of Proulx’s work have reached scores of viewers who may not have encountered her work on the page.”

The ceremony will take place on November 15 in Manhattan.