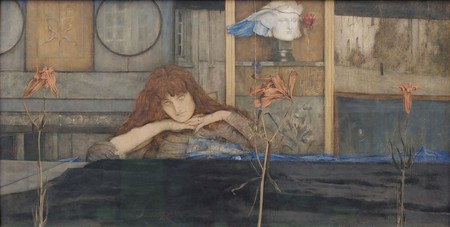 Fernand Khnopff, ‘I lock my door upon myself’ (1891) | Via Yelkrokoyade/WikiCommons

In the spring of 1892, the first Salon de la Rose + Croix inaugurated a series of six curious exhibitions in Paris. It was a sensual affair, complete with incense and stern operatic melodies, designed to raise intrigue around French writer and philosopher Joséphin Péladan’s new religious order. Housed in a spacious alcove on the Guggenheim’s fourth floor, Mystical Symbolism: The Salon de la Rose + Croix in Paris, 1892-1897 resurrects elements of Péladan’s indulgent, forgotten world for the first time.

Guided by select principles of Rosicrucianism –  a secret 17th-century order devoted to alchemy and ancient wisdom  – Péladan infused Christian practices with cultish mysticism. Convinced of art’s capacity to enlighten, Péladan preached its divinity, garnered an entourage of his own disciples and crowned himself Sâr, the Assyrian word for “leader,” of the Salon de la Rose + Croix (R+C). The R+C would become his new “project of cultural renewal,” as identified by curator Vivien Greene in a catalogue distributed by the Guggenheim.

Aesthetically, Péladan was particularly swayed by Symbolism, an anti-naturalistic movement that sought imaginative creativity over empirical observation. As a result, the works produced by the brotherhood bear many characteristics of the late-19th-century symbolist aesthetic: elegant, elongated bodies, mythical subjects and saintly figures. The artworks were well suited to the zeitgeist, hence the order’s brief period of notoriety. But after only six salons, the R+C fell into obscurity.

The Guggenheim’s sumptuous retrospective is “the first museum exhibition on this revelatory and significant yet frequently overlooked series of Salons,” as described by the press release. The exhibition revives the R+C with a dramatic showcase of exquisite paintings by the Salon’s practitioners. 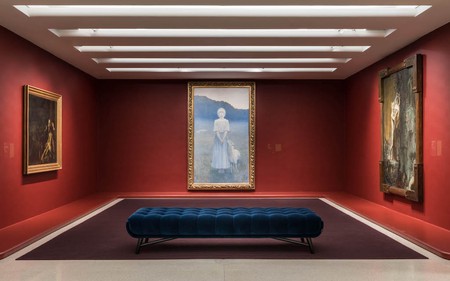 The Greek musician, poet and prophet Orpheus proved particularly influential to the brotherhood as an archetypal subject. His musical talents were said to charm the whole world  –  even inanimate objects  –  and his gift of foresight was an endowment from the ancient gods. 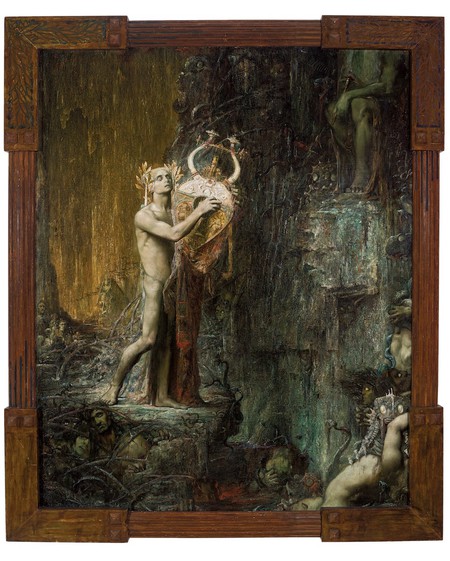 Pierre Amédée Marcel-Béronneau’s Orpheus in Hades (Orphée) (1897) is one of the most dramatic portrayals  –  the god of the underworld can be partly seen in the large painting’s upper right-hand corner, his face omitted and left to the viewer’s imagination. The damned clamor at Orpheus’s feet as he serenades Hades with music from his lyre in an ultimately unsuccessful attempt to rescue his love, Eurydice, from hell.

The Death of Orpheus (Orphée mort) (1893) is Belgian painter Jean Delville’s ethereal portrayal of the Greek legend’s severed head, resting amid his lyre, floating down the Hebrus river. 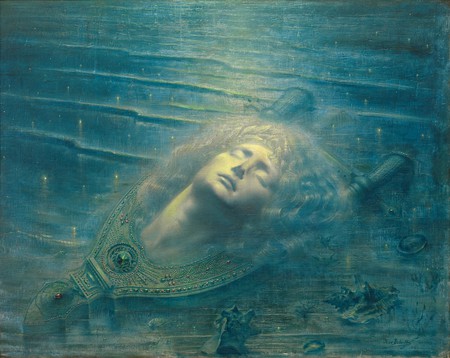 Péladan set clear guidelines for the R+C aesthetic: practitioners were to exclusively paint spiritual, religious and mythical subjects. These rules yielded a number of polarized portrayals of women, from the pure femme fragile realized by Henri Martin in Young Saint (Jeune sainte) (1891) to the femme fatale of biblical proportions as sketched by Jean Delville in The Idol of Perversity (The Evil of Perversity) (1891). 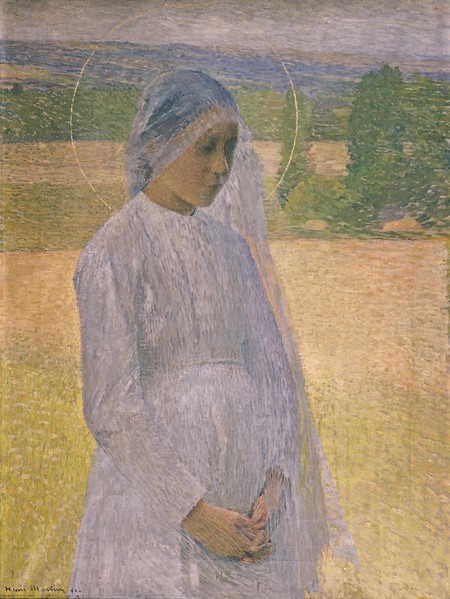 Péladan, of course, made an exception for himself. Portraits of the Sâr illustrate a man entrenched in self-seriousness. Clad in long robes, he apparently donned a mop of dark hair, a pointed beard and a pensive facial expression, always on the verge of a revelation. 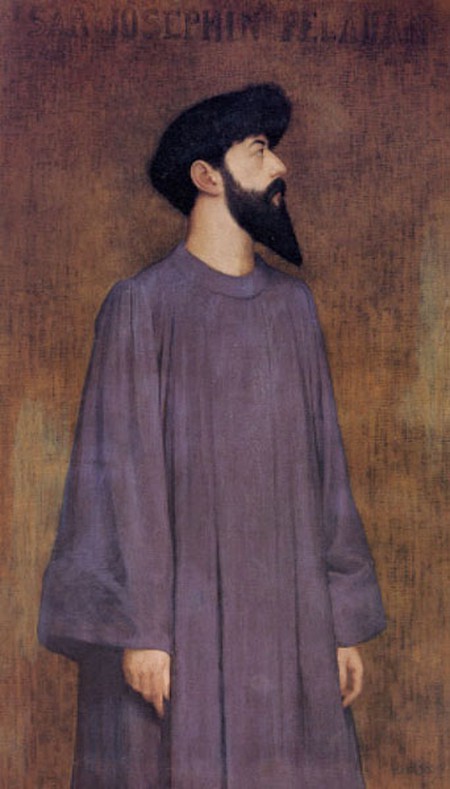 For this, Péladan was not immune to mockery, and he was subject to increasing levels of criticism throughout the years. But to his credit, Péladan knew how to market himself, and he skillfully leveraged his strange charisma to successfully organize six salons, the last of which was held in 1897. 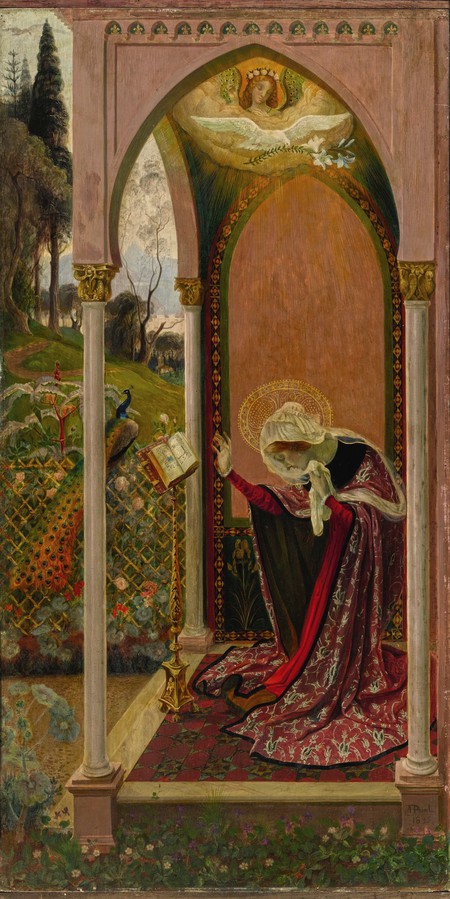 Today, the Salon de la Rose + Croix feels relatively low-impact. But as the Guggenheim noted during the museum’s 2016 retrospective of artworks created by the Order, “Transcendent aspirations were carried on in the early 20th century by the pioneers of abstract painting, among them Vasily Kandinsky, František Kupka, and Piet Mondrian (key figures in the Guggenheim’s collection), who were weaned on symbolism and owed their theories, in varying degrees, to Theosophy, an esoteric philosophy that shares Rosicrucianism’s interest in universal truths and ritual as means to divine enlightenment.”