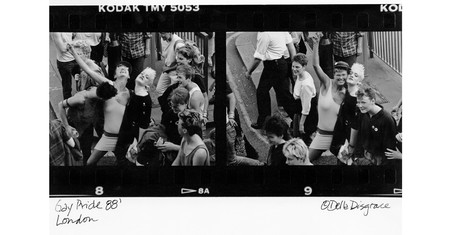 Tucked away on a quiet street in Park Slope, Brooklyn, the Lesbian Herstory Archives contains the world’s largest collection of photographs, periodicals, books, personal letters, T-shirts, buttons and other objects made by, or about, women who love women.

A short walk from Prospect Park, the Lesbian Herstory Archives resides in a building that looks just like all the others on the block. The only distinguishing features are to be found on its front door: a small rainbow sticker placed in the left windowpane and a posted schedule of the opening hours for the month.

Inside the doorway sits a guestbook and a small bowl filled with pronoun pins, though it’s hard to find any that read “she/her” – the most popular choice for guests of the archive. Turn left and you enter a room filled with books organized by the authors’ first names, not their last, putting the emphasis on the accomplishments of the women who wrote them, not on their patriarchal lineages.

The archive occupies an old home, and it shows. There is a couch in what would be the living room, giving visitors a space to sit as they set out their research materials on the coffee table; the dining room table offers another opportunity to relax with a tea and spread out. It fills the entire building – a far cry from its original home inside a tiny NYC apartment. 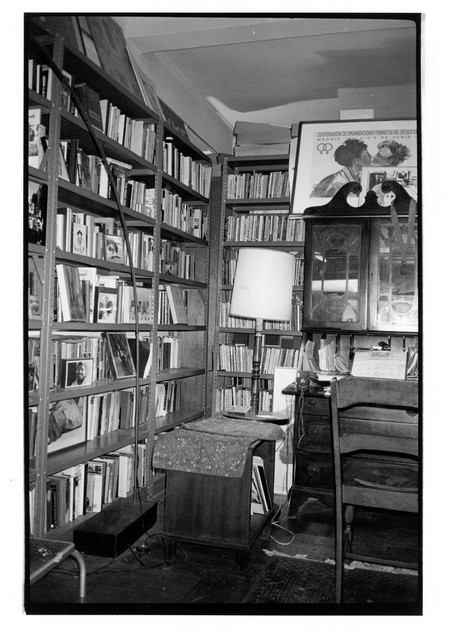 Founded in 1974, the Lesbian Herstory Archives was a response to the growing awareness of lesbian cultural identities. Co-founders Joan Nestle, Deborah Edel, Sahli Cavallo, Pamela Oline and Julia Stanley created a consciousness-raising group geared to lesbian women interested in academia. “They just started discussing among themselves the fact that lesbian desire had been written out of history and that [other] archives would make it very difficult to find such materials,” says Rachel, the coordinator of special collections, who requested to be referred to only by her first name. “So they decided to make ‘an archives.’” 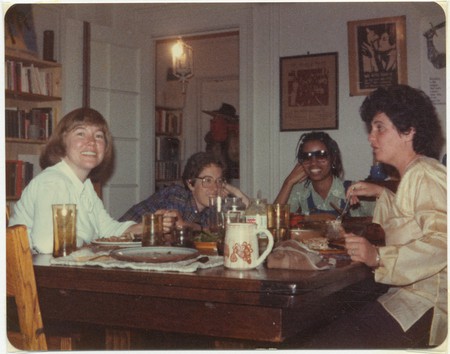 The goal was to protect artefacts that would help future generations of queer women understand the stories of the lesbian community. The founders initially gathered the materials they had access to and put out calls for donations. “It is interesting reading [the announcements] now – the statements they put out in 1974, 1975 – because now you look around and the archives exist, but [back] then, it was like these super grandiose statements referring to what was then a milk crate in Joan’s apartment,” Rachel says. 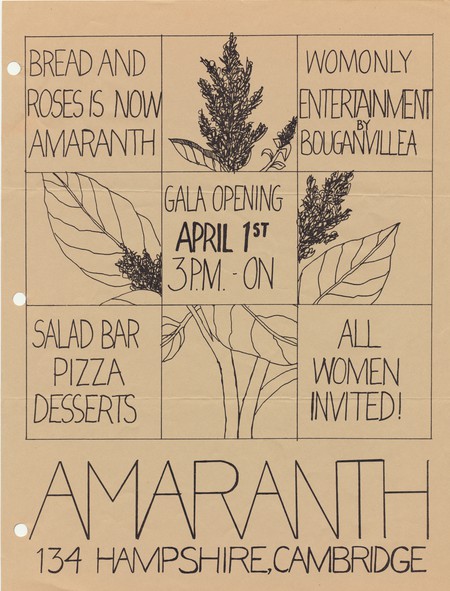 The collection began in the apartment of Joan Nestle, slowly taking over room after room until the entire place was packed to the gills with photographs, periodicals, books, personal letters from activists and artists, and more. As the space became unlivable, the group started a fundraising campaign and purchased its Park Slope residence in 1992.

Sometimes, the donations come with surprises. When the Women’s Liberation Center folded in 1987, all its records came to the archive. Volunteers discovered a number of copies of the magazine RAT, the title of which was changed to Women’s LibeRATion by the women who took it over. “[The magazine] was never located in the center,” says Rachel. “But I guess when RAT disbanded, someone had the foresight that it should be [in] a place where it could someday be in an archive.”

Everything in the archive is by or about lesbians, but it has a strict policy to never out anyone in the collections. This means it is careful about how people use the materials. Coming out of the closet can be a charged issue, one the Lesbian Herstory Archives chooses to leave to the individuals concerned; its role is strictly to preserve the materials it is given. 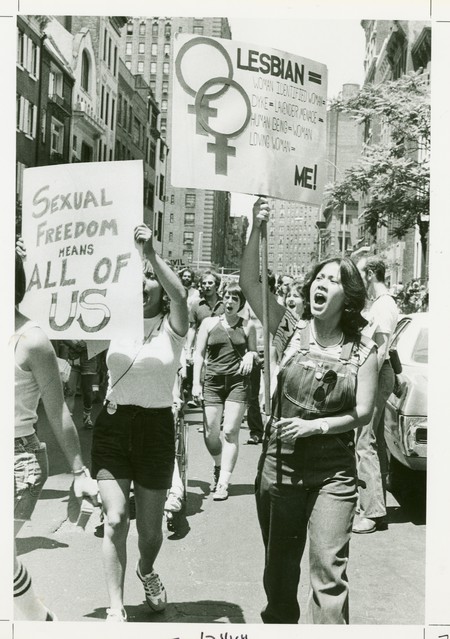 Some of the most exciting entries are the books labelled as ‘Pulp/Survival.’ Published throughout the mid-20th century, lesbian pulp novels were cheaply printed paperbacks containing some of the only lesbian content available at the time. Often thrillers, they were known for tragic endings that suggested dire consequences for being a lesbian.

“It is an interesting duality,” says Grace, a staffer who also requested to go by her first name. “We call it pulp and survival, so we are kind of sitting at that intersection of work that could be considered exploitative, or not really representing the lesbian experience, but at the same time was the only thing that was being produced. It is important to lesbian history and community that we preserve that and sort of understand that history and growth of representation. And also they are really fun.”

The archive isn’t open every day – as well as on the front door, the unpredictable schedule is posted online – but, when the doors are open, the rooms are comfortably dotted with a mix of people digging into files for research or browsing the artefacts.

“A lot of the people that were using the collection [when it first opened] were not traditional academics, and that’s still the case now,” says Rachel. “There are a lot of people that come now in almost a touristy way. They have heard about the archives, they know it’s important in some way, and they have come to look around.” 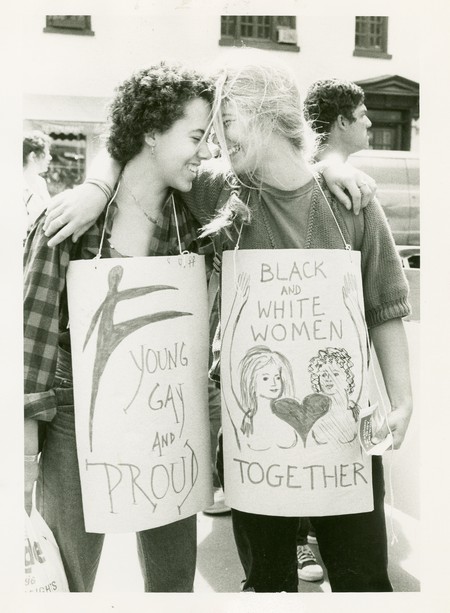 The archive protects artefacts that help queer women understand the stories of the lesbian community | © Bettye Lane, Courtesy of Lesbian Herstory Archives Foundation
Give us feedback