The History Of The Staten Island Ferry In 1 Minute

No vessel is a more recognizable or constant trademark of New York City’s great harbor than the Staten Island Ferry – a bright orange floating lunchbox that Law & Order detective Mike Logan once rightly called ‘the Poor Man’s QE2’. We give you the history of the iconic Staten Island Ferry in one minute.

The Staten Island Ferry is so named because the boat, as it exists today, was kickstarted primarily for the benefit of Staten Island residents. Former New York State Governor and Richmond Turnpike Company Vice President Daniel D. Tompkins sought to foster the development of Richmond County’s (Staten Island’s) numerous villages, such as Tompkinsville, named in his honor. To this end, Tompkins secured the right to operate a ferry from Manhattan to Staten Island under the conditions of a municipal charter for the company. 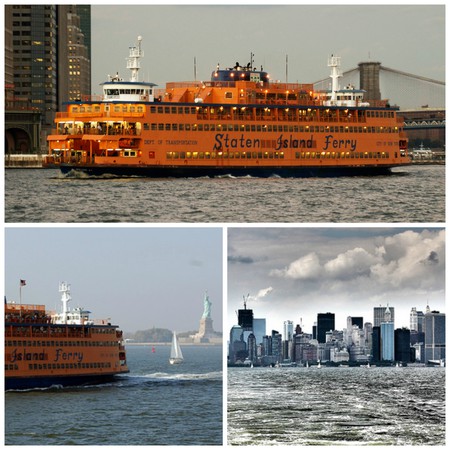 The first of these ferries, equipped with then-brand-new motor technology, took to the harbor in 1817. Today, the Staten Island Ferry is run by the City’s municipal Department of Transportation (D.O.T.), under whose auspices the ferries acquired their instantly recognizable ‘municipal orange’ color scheme.

The ferries run every half hour between their two large, brilliantly-designed terminals at South Ferry in Manhattan and St. George in Staten Island. Simply entering the terminals is an experience comparable only to entering Grand Central and the original Penn Station; they instill in their visitors a sense of awe, importance, pride, and solidarity with the City and all the people in it.

New Yorkers recognized the ferry as a great bargain throughout its long history, with the cost never exceeding a quarter per trip. The fare reached its lowest point in 1997, when Mayor Rudy Giuliani eliminated it altogether as his unique way of thanking Staten Island for giving him the votes he needed to win his electoral rematch against David Dinkins in 1993.

So for zero dollars and zero cents, tourists and commuters alike now have access to a smooth, 30-minute boat ride, which features some of the most breathtaking views of New York City landmarks like the Statue of Liberty, the Verrazano Bridge, and the mighty Manhattan skyline, alongside free WiFi and a small food court that features booze at a knockout price ($2 beer is no small thing in the Big Apple) to help maximize the fun.