The History of the East Village's Cedar Tavern 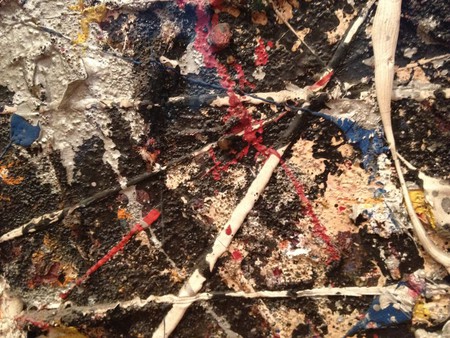 A CVS and a residential building on University Place in the East Village marks the site where the Cedar Tavern stood until 2006. But in the 1950s, the Cedar Tavern was the center of the Greenwich Village intelligentsia, a meeting place for Abstract Expressionist painters, folk singers, and the beatniks.

It was, in other words, the primary hangout for the avant-garde. Such was its reputation, that it formed the setting of Kurt Vonnegut’s 1987 novel Bluebeard, as the hub where his fictional hero Rabo Karebekian held court with his fellow painterly bohemians. The artist Elaine de Kooning, wife of Willem de Kooning, referred to it as the epicenter of a “decade-long bender” and, as recorded in David Lehman’s history of the period The Last Avant-Garde: The Making of the New York School of Poets, artist Ad Reinhardt said, “We go there to meet the very people we hate most, other painters.” 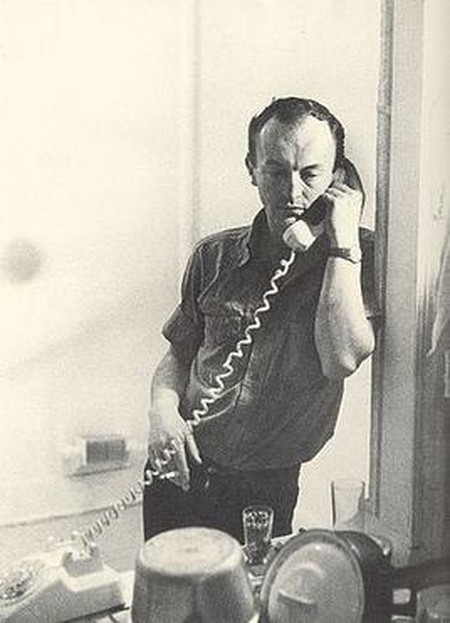 Artist Franz Kline, along with Frank O’Hara and the de Koonings, were usually at the center of the hub and the cross-pollination between the worlds of poetry and art clearly played a part in the development of their early work. “If I paint what you know,” Kline once told poet Robert Creeley, “then that will simply bore you, the repetition from me to you. If I paint what I know, it will be boring to myself. Therefore I paint what I don’t know.” This was, in sum, the mission statement of the next half-decade of increasingly abstract painting and poetry, with Willem de Kooning boiling it down to the mantra: “I have to change to stay the same.” Frank O’Hara paid tribute to the influence of de Kooning in his poem Radio, writing “Well, I have my beautiful de Kooning/to aspire to. I think it has an orange/bed in it, more than the ear can hold.” 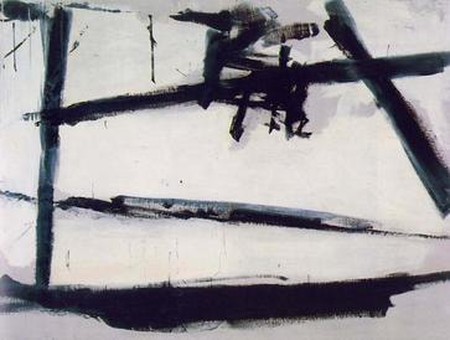 No. 2 by Franz Kline | © Wikimedia Commons

The Cedar Tavern wasn’t popular among its patrons because of its décor or ambiance. It consisted of little more than a narrow bar in the front, hideous green walls, no jukebox, and lousy burgers. It was, in other words, a dive bar. It was the kind of place where cash-strapped artists and cultural outcasts could feel at home. Artist Larry Rivers painted the menus there to commemorate their very ordinariness (authentic, to his mind) and the anonymity of the Cedar was such that when tourists came to try and hobnob with real New York artists, they frequently left immediately, content that the ragged crowd before them didn’t match their glamorous expectations. Lehman observes that “it seemed somehow in keeping with the discrepancy between their aspirations as artists and the belated public recognition of their art.”

The Cedar Tavern was also the place where the Abstract Expressionists would come to walk off food poisoning or become obscenely drunk, states they used to inspire their often hallucinogenic works. The most infamous of its mainstays, however, was Jackson Pollock, whom the critic/essayist Clement Greenberg, who played an enormous role in the recognition of many of its regulars, remembered as “the most radical alcoholic I ever met.” Frequently engaging in fights, Pollock was eventually banned for life from the establishment after throwing a busted bathroom door at Franz Kline. Jack Kerouac’s exile from the premises was for a slightly more minor offense, as the author of On the Road urinated in an ashtray.

Having opened in 1866, the Cedar Tavern finally closed its doors some time after its most famous regulars had died or moved to the Hamptons, in 2006. Its mahogany bar was sold to a pair of businessmen and elements of the bar now form the center of a restaurant in Austin, Texas. But it lives on in memory, as the place where Bob Dylan met to film Don’t Look Back and as the secret origin of the 20th Century’s most influential and engaging works of visual and literary art.