The Best Of Flatbush: A Tour Of Caribbean Brooklyn 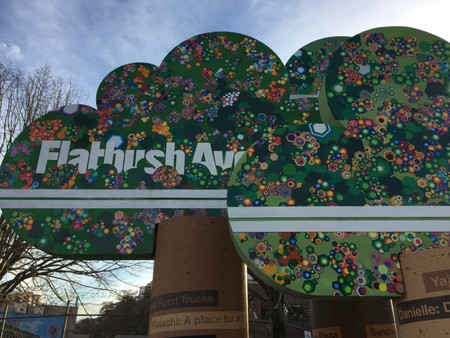 Now that the world has awoken to Brooklyn, artists, investors and entrepreneurs cannot get enough of the borough. Here’s the thing, though: Brooklyn has always been fabulous, has always pushed boundaries and been filled with a diverse array of cultures. For decades, people from the West Indies (the English-speaking Caribbean) and the French and Spanish-speaking Caribbean have made Brooklyn their home, bringing their lilting languages, well-seasoned foods, mesmerizing tunes, and multifaceted art along with them. Join us for a walk along Flatbush Ave through the past, present, and future of an always-vibrant neighborhood that has moved in and out of New York City’s spotlight.

In the years that the neighborhood sat under the radar of the ever-hipper New York, the green metal trees at its entrance were allowed to blend into the scenery with time and weather. But as locals pushed for revitalization in recent years, the city began to look at this public installation with new eyes.

In 2014, artist and sign maker Dave Eppley helped local blogger Tim Thomas lead a movement to help the trees blossom again. The project, called Spring Arrives for the Flatbush Trees, was organized with the blessings of the community board and a crowd funding campaign and was produced over six months with the help of local middle school students. The trees were transformed in May of 2015, with 1,500 bright vinyl hexagons tiled over their cartoonish green boughs.

Just off Flatbush’s Parkside Avenue is a circle of worn log benches in Prospect Park. Every Sunday afternoon from spring through autumn, visitors can watch an alternating assortment of drummers wander over to join the building beat. African drums, congas, bongo drums, and the occasional steel pans make up the collective, while additional musicians add trumpets, maracas, and other sounds to the rhythm. It is a mixed group of music-makers representing the diversity of the borough, and their audience reflects that mix. Come at the right moment, and you can join in a dance. 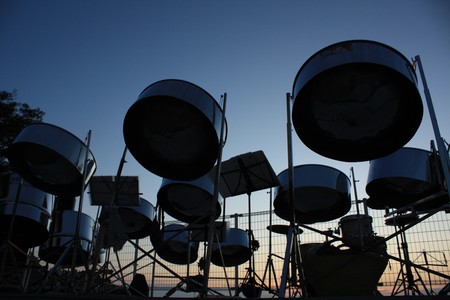 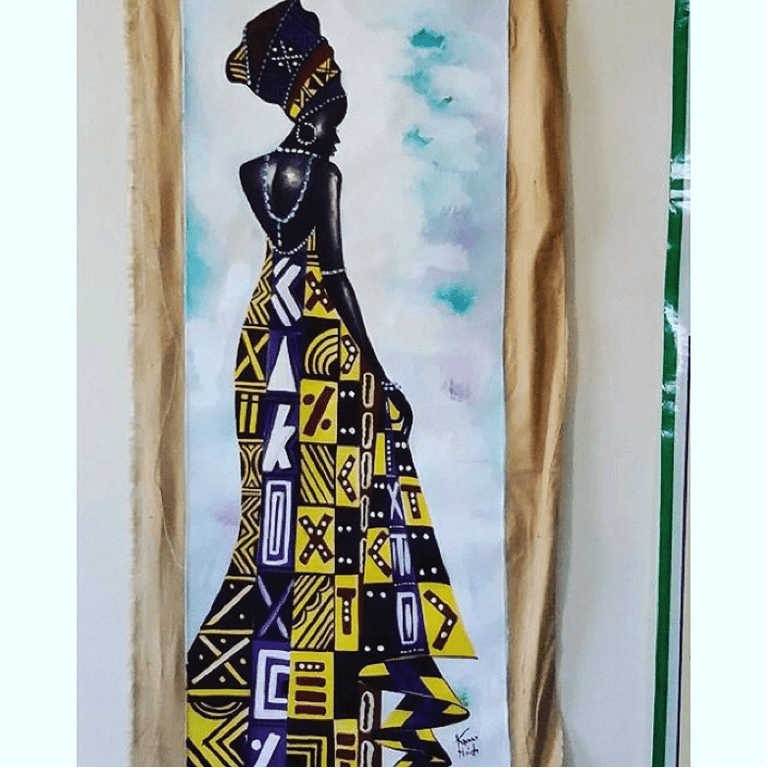 Image from Tafari Tribe Shop | Courtesy of tafaritribeshop Instagram
Walk down the avenue past Midwood Street, and you will find a store at the crux of old and new Flatbush. For five years, Tafari Tribe has stocked the neighborhood with its celebration of indigenous art and local innovation. The shop is filled with clothing in bright African prints, Maori masks, Tibetan and Nepali jewelry, and traditional oils and gels. Look deeper, and you will find unique stylings and prints by owner Sandra Marshall-Haye, who blends an urban sensibility with globally sourced inspiration, and clothing for the younger set by Sandra’s daughter Saidah Haye.
Open In Google Maps
591 Flatbush Avenue, Lefferts Manor Historic District, Brooklyn New York, 11225, USA
+13475291697
Visit Website
Give us feedback 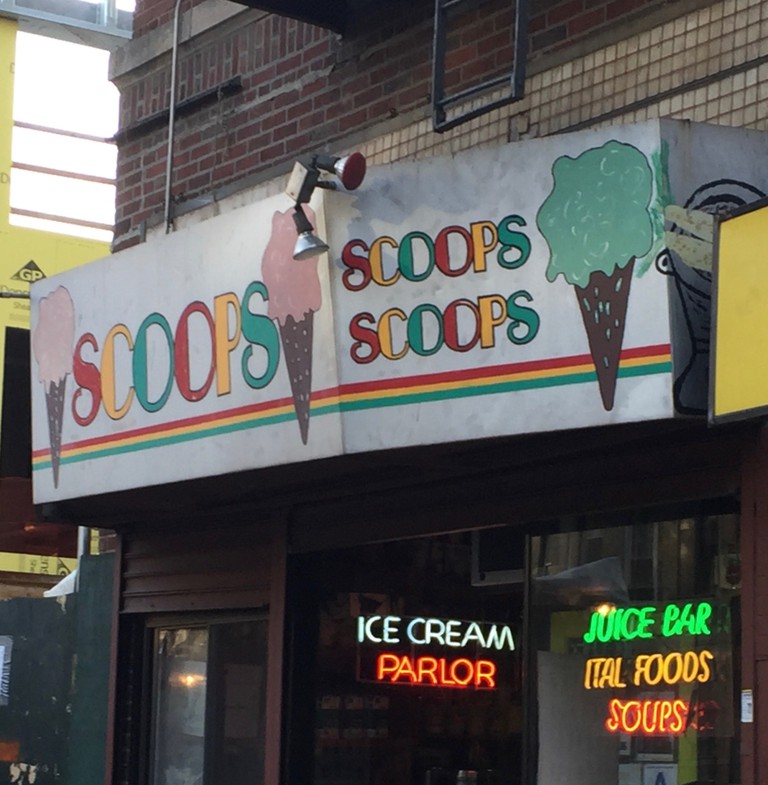 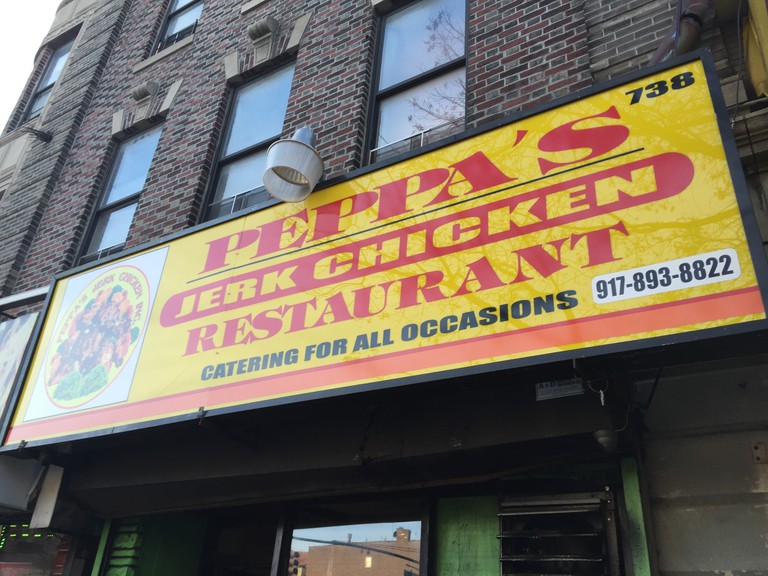 Peppa’s Jerk Chicken | Courtesy of Violet Baron
If you didn’t know the area, you might pass by this tiny storefront between a superstore and bodega without a second thought. Stop for a second, though, and you will catch a whiff of the salty jerk spices wafting out of the back kitchen in a puff of savory smoke. Step inside and you’re in for what old-time residents call some of the best jerk chicken, curry goat, oxtail and curry chicken in Flatbush – some claim the best in the world.
Open In Google Maps
738 Flatbush Avenue, Flatbush, Brooklyn New York, 11226, USA
+16466836012
Give us feedback 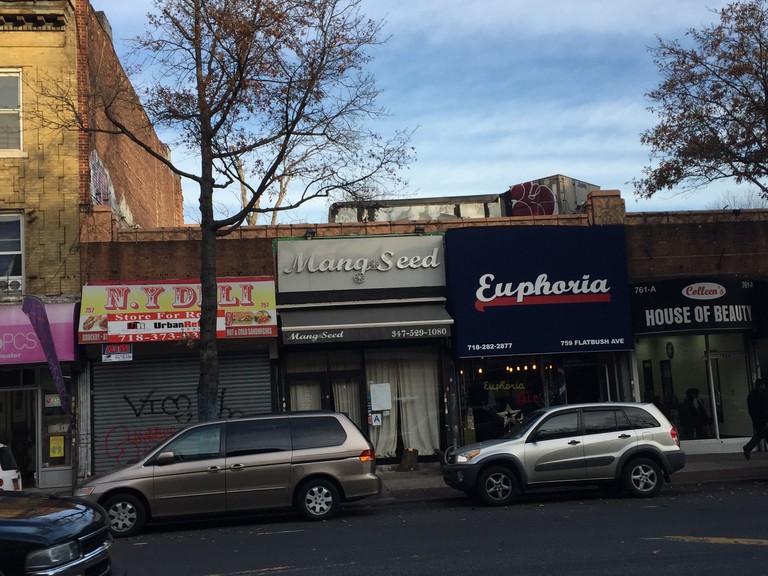 MangoSeed | Courtesy of Violet Baron
MangoSeed is definitely a part of the new Flatbush. This Caribbean-style restaurant has a varnished feel, with dark wood furnishings lit by small hanging bulbs. The wide bar is often full of locals, and newcomers to the ‘hood sit at tall tables in the front or expansive seating in the back. The menu hails to the neighborhood with items like ‘Flatbush Ave. Tenders’ (honey buffalo barbecue sauce and cilantro blue cheese) and has already received top marks.
Open In Google Maps
757 Flatbush Avenue, Flatbush - Ditmas Park, Brooklyn Brooklyn, New York, 11226, USA
+13475291080
Give us feedback 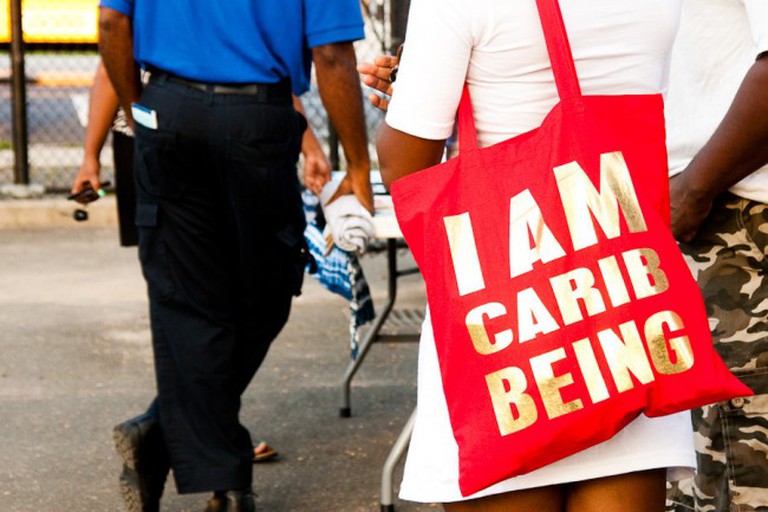 A tote from the I AM CARIBBEING line | Courtesy of CaribBEING
The small-merchants market on the corner of Flatbush and Caton Avenues has lately been in an extended state of flux. Established in 2000 by the first Caribbean-born city council member in order to support and train local merchants, the building hosts vendors of clothing, costume jewelry, printed T-shirts, flags, soaps and candles, and much more, and the lot outside features a greenmarket and seasonal celebrations.

Rumors swirled in recent years that the market would close or change its character, but according to Selwyn Branker, owner of Flagathon and a Caton Market vendor since 2001, the market will reopen after renovations to host its vendors again, with affordable housing units above it.

Visit the market starting this winter to see Caribbeing’s new pop-up, which will offer selections from the I AM CARIBBEING line and will function as a community space and incubator of ideas for the thriving local and global Caribbean scene.
Open In Google Maps
2184 Clarendon Road, Flatbush, Brooklyn New York, 11226, USA
+17189411424
Visit Website
Give us feedback

Built in 1798, this stone church is part of the old, old Flatbush; it was one of the city’s first registered landmarks and was originally erected in 1654 by order of Governor Peter Stuyvesant. The cemeteries in the back and sides of the churchyards have gravestones dating back to the 18th century and beyond. Past Caribbeing pop-up film series have screened on the church’s wide steps.

The nearby Erasmus Hall High School building is nearly as old; founded in the late 18th century on land donated by the church, the grand, turreted building has gone through several reinventions before its current iteration as Erasmus Hall Educational Campus, hosting inside of it five smaller high schools. Walk past the gates to peek at the entryway arch’s vaulted tile ceiling. 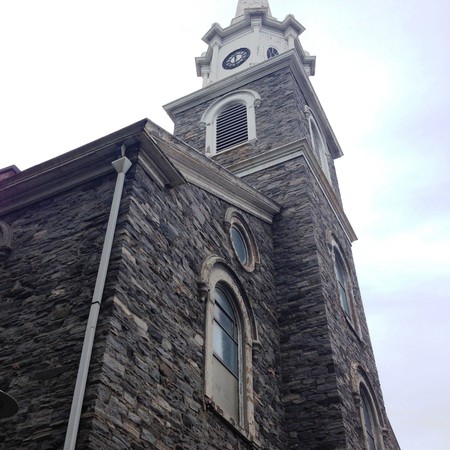 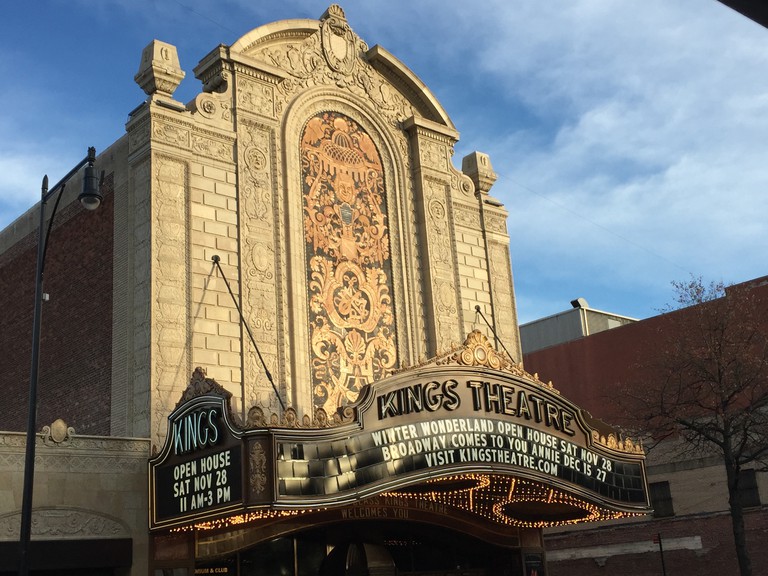 Kings Theatre | Courtesy of Violet Baron
The final stop on this Flatbush tour is Kings Theatre. Once a gorgeous movie palace and ‘wonder theater’ in the 1920s, the building sat in disrepair for nearly a century before restoration was completed in early 2015. Now compared to the Apollo in its heyday, the refurbished building has etched gold ceilings and red velvet seats and hosted Diana Ross for its first performance. The theater hosts a wide variety of performers and musical stylings, from soul to indie rock to world music and reggae.
Open In Google Maps
1027 Flatbush Avenue, Flatbush - Ditmas Park, Brooklyn Brooklyn, New York, 11226, USA
+18007453000
Give us feedback
Give us feedback