The Best Museums To Visit Virtually During Quarantine 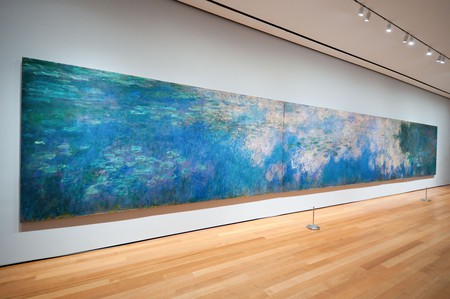 In an act of practical magnanimity, museums in LA, Amsterdam, London, New York and elsewhere have closed up shop amid COVID-19 health concerns. While you can’t visit in person, many are offering virtual tours. Here’s where to explore in insolation.

The hashtag #MuseumFromHome is trending on Twitter in reaction to Google Arts & Culture – where visitors can view high-resolution images of artworks in museums – releasing a list of 10 Top Museums You Can Explore Right Here, Right Now. The site has teamed up with more than 2,500 museums and galleries, including the Rijksmuseum in Amsterdam, The J Paul Getty Museum in Los Angeles, London’s Tate Britain and New York’s Museum of Modern Art, among other venerable institutions, to provide online access for those who may be unable to leave their homes.

And this is great news, as studies have shown that just looking at art can offer health benefits, from lowering anxiety and helping with depression to boosting critical-thinking skills. Each museum offers different online programming. Some, such as Amsterdam’s Van Gogh Museum, use Google’s Street View to allow you to pan around the halls, while others give in-depth looks at their most famous works, a feature that makes you feel like a learned docent is guiding your tour. Below are some of the highlights.

Manhattan’s MoMA is presenting an online exhibit about Swiss avant-garde artist Sophie Taeuber-Arp, with an interactive slide show that takes you through her catalogue of marionettes, sculptures and paintings. Its page also features 129 other items from the museum’s holding, including high-quality scans of Vincent van Gogh’s ‘The Starry Night’ and Henri Rousseau’s ‘The Dream’. 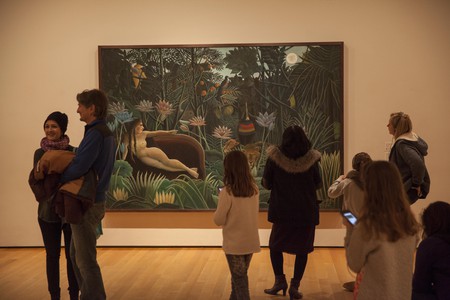 The Museum of Modern Art’s offer features 129 items, including a high-quality scan of ‘The Dream’ by Henri Rousseau | | © David Grossman / Alamy Stock Photo

The Uffizi is home to the House of Medici’s unparalleled collection of Italian Renaissance pieces. Roam its grand marble halls to take in artworks by greats from Federico Barocci to Albrecht Dürer. 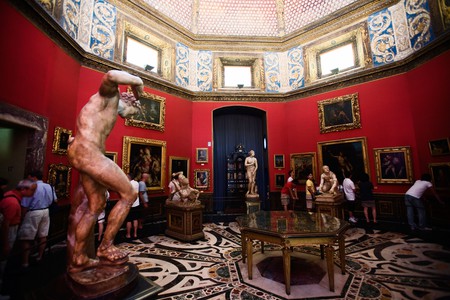 Across 80 galleries, this national museum displays 800 years of the Netherlands’ best art, including a strong selection of works from the Dutch Golden Age. Highlights, such as Vermeer’s ‘The Milkmaid’ (c. 1657), are annotated online, and you can peruse paintings by Rembrandt in the Great Hall, including the museum’s best-known piece, ‘The Night Watch’ (1642). 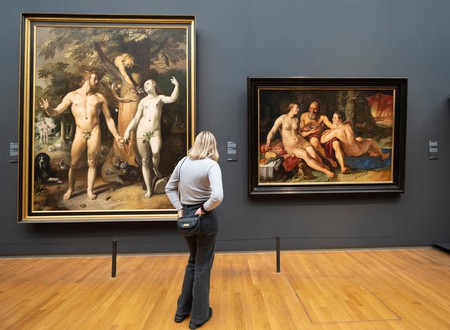 Compared to most national European galleries, London’s is small. It only has 2,300 paintings, but the scope of its collection spans from the mid-13th century to 1900 and covers many world-renowned works. One such example, Hans Holbein the Younger’s ‘The Ambassadors’, is filled with rich textual meaning that the online resource delves into. There’s an online exhibit of Monet’s Rouen painting series, virtual touring and 183 works to view. 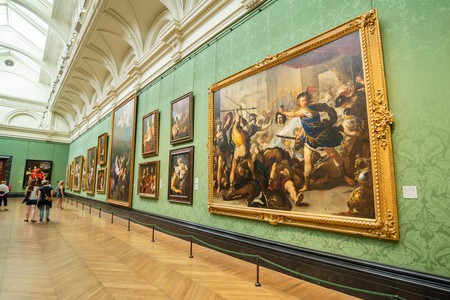 LACMA is the largest art museum in western USA, with a sprawling collection of more than 150,000 works from all genres, periods and locations. Its international offerings are featured online, with galleries focused on Japan, France, Iran and Egypt. The online exhibit Reigning Men: Fashion in Menswear, 1715–2015 features 300 years of high fashion, while the 19,824 items available on the web range from sculptures to photographs. 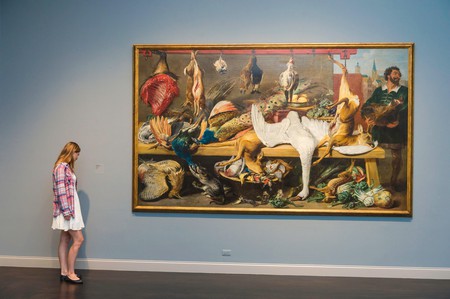