The Best Food Trucks to Try in Midtown Manhattan, NYC 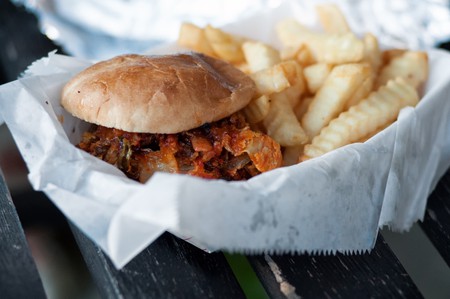 On-the-move eaters, such as New Yorkers, need food that’s just as fast but won’t slow them down. Midtown Manhattan is known for its world-famous attractions like Times Square and the Empire State Building, but come lunchtime, these food trucks and carts are the only spots worth lining up for.

Right up there with Central Park and Grand Central Terminal, The Halal Guys is one Midtown attraction that even locals can get behind. The most famous of New York City’s many street carts delights local professionals, foodies and tourists alike with its juicy chicken and lamb with rice and the Guys’ cult-favorite white sauce. Tip: The Halal Guys has expanded to five carts and two brick-and-mortar locations, but the original (and arguably best) cart can be found at West 53rd Street and Sixth Avenue. 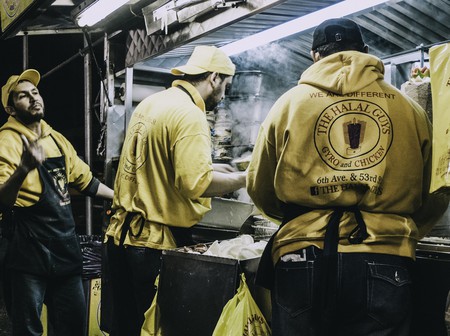 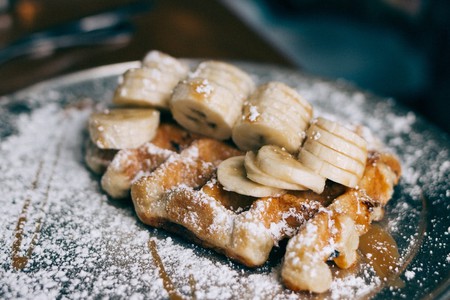 Plant-based eaters will be excited to learn that The Cinnamon Snail is growing at a very un-snail-like pace. The popular vegan food truck, which can be spotted roaming around New York City and New Jersey, comes to its first permanent stop at the Madison Square Garden-adjacent Pennsy Food Hall. When the truck is nowhere in sight, Midtown diners can still enjoy cruelty-free sandwiches and burgers plus homemade donuts and pastries for dessert.

The chicken and rice platter from Kwik Meal is the best version you'll get from a halal cart in New York City. The cart's culinary standards are what you'd expect at a sit-down establishment: the chicken is perfectly bite-size, slightly crispy, and succulent, over fragrant basmati rice and a salad that is dressed, unlike the usual cart offering of just plain shredded lettuce. At the link in our bio: our other picks for halal carts that give "street meat" a good name. 📸: @melissa_hom

A coveted five-star rating on Yelp isn’t the only remarkable thing about Royal Halal. At this husband-and-wife-owned truck, chicken over rice is elevated from street eats to something worth seeking out with the aid of an Indian spice marinade, turmeric-stained basmati rice, and a complex white sauce.